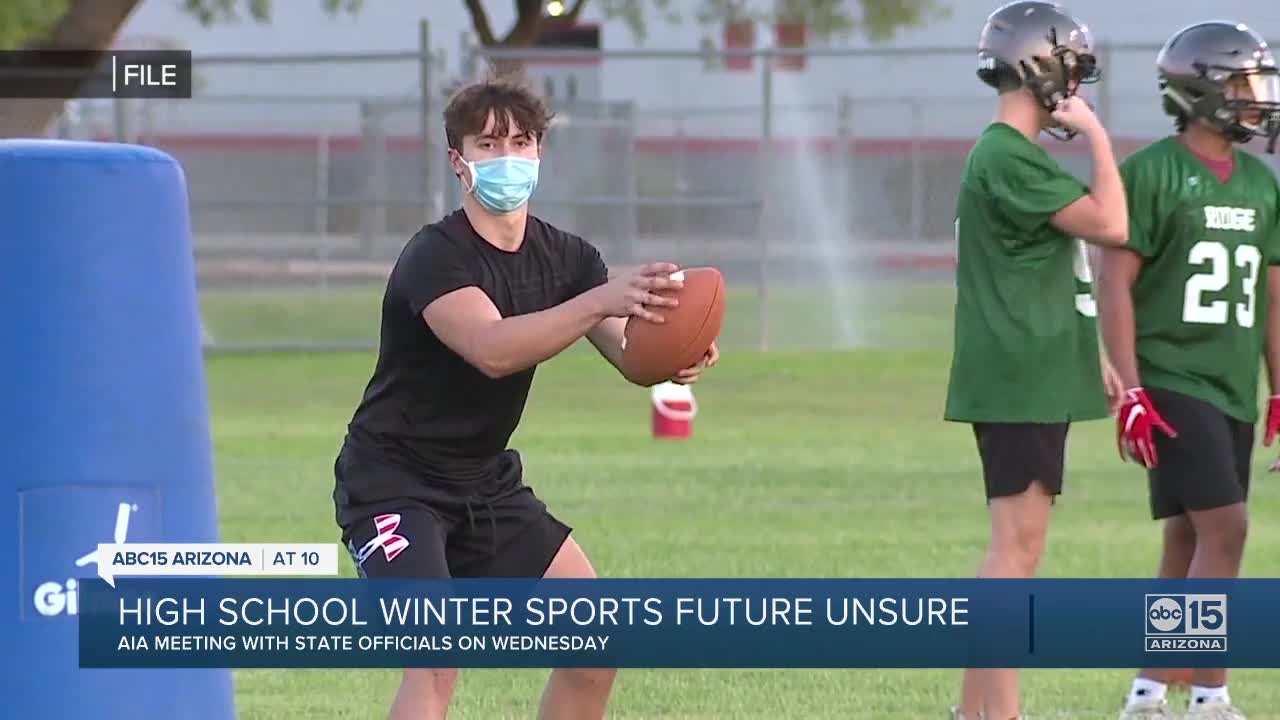 An update is expected on the status of Arizona high school winter sports this week as the future of three sports hang in the balance of a COVID-19 pandemic.

An update is expected on the status of Arizona high school winter sports this week as the future of three sports hang in the balance of a COVID-19 pandemic.

Meanwhile, high school coaches are doing all they can under the current health guidelines.

"Right now we’re still working out and doing what we’re allowed to do within guidelines and just waiting and seeing," said Saguaro High School Boys' Basketball Head Coach Lucas Ramirez, who is in his first year of coaching. "I didn't meet my players until June."

Yet the team still practices and works out six days a week. Every day Ramirez puts his players through a health screening, and he, on his own, is tested for COVID-19 weekly.

"They wear that mask until we get started," said Ramirez. "As soon as we’re done it’s not like it used to be, you could kind of hang out on the bleachers, hang out and talk. It’s everyone get your mask on."

Saguaro's first game was scheduled for November 30, but until the team physically takes the court, opening tip-off is still unknown.

Ramirez has something in common with AIA Director David Hines, both are concerned about players playing basketball for high school or a club team.

"Kids are going to be playing basketball regardless of the decision they make," said Ramirez, who added that club team leagues and tournaments are much less regulated with health protocols than a high school season.

"You’re reducing the amount of contacts you’re having in a season whereas tournaments or different leagues where it’s a million kids, a million teams in one facility, in one gym," said Ramirez. "I do think, when push comes to shove, we’re going to have an attempt at least. That’s all we’re asking for is just give us a shot and we’ll see what kind of plays out."

"Currently club does not answer to anybody," said Hines. "They have not been shut down. They don’t have a protocol or an oversight that they have in place. That is exactly the question that will be number on Wednesday."

Hines added that the end goal is to have at least some portion of a season for all three winter sports.