'The Squad' back for another term: Ocasio-Cortez, Omar, Pressley and Tlaib cruise to re-election 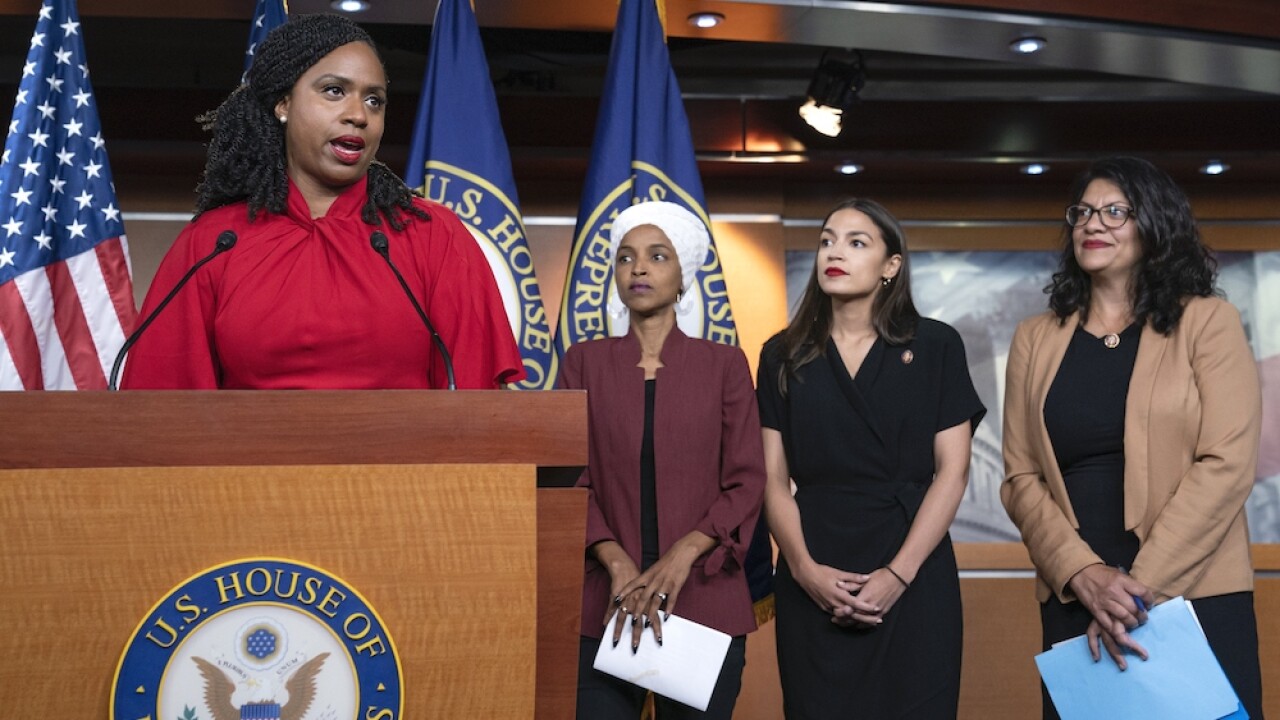 Copyright 2019 The Associated Press. All rights reserved.
J. Scott Applewhite/AP
FILE - In this July 15, 2019 file photo, from left, Rep. Ayanna Pressley, D-Mass., Rep. Ilhan Omar, D-Minn., Rep. Alexandria Ocasio-Cortez, D-N.Y., and Rep. Rashida Tlaib, D-Mich., respond during a news conference at the Capitol in Washington, to remarks by President Donald Trump after his call for the four Democratic congresswomen to go back to their "broken" countries. All are American citizens. Pressley, the only one of the four who has yet to back any of the Democrats seeking the party's nomination for president in 2020, told the Associated Press, Monday, Nov. 4, that several top party candidates are seeking her endorsement. (AP Photo/J. Scott Applewhite, File)

"The Squad" will be back on Capitol Hill to serve another term.

All four women weren't seriously challenged in their re-election bids, as all won their districts with at least 65% of the vote. Pressley won in a landslide, taking home a commanding 87% of the vote in Massachusetts' 7th District.

Omar celebrated the group's re-election bid by tweeting that their "sisterhood is resilient."

Our sisterhood is resilient. pic.twitter.com/IfLtsvLEdx

The four lawmakers — all women of color — were all elected to their first term in Congress during the 2018 midterms. The group earned the nickname "The Squad" after Ocasio-Cortez posted an Instagram of the four with the caption "squad" days after their election.

Since arriving on Capitol Hill as freshmen congresswomen, the group has been a bastion for the progressive wing of the Democratic party. All are proponents of progressive policies like the Green New Deal and police reform. Ocasio-Cortez, Omar and Tlaib all endorsed Bernie Sanders in the Democratic primary, according to ABC News.

But their progressive views have received criticism from Republicans and even some moderate Democrats. At his campaign stops, President Donald Trump attempted to tie "The Squad" to the mainstream Democratic party, making threats that Democratic presidential nominee Joe Biden — whose politics are much more moderate — would be beholden to "AOC plus three" should Biden win the White House.