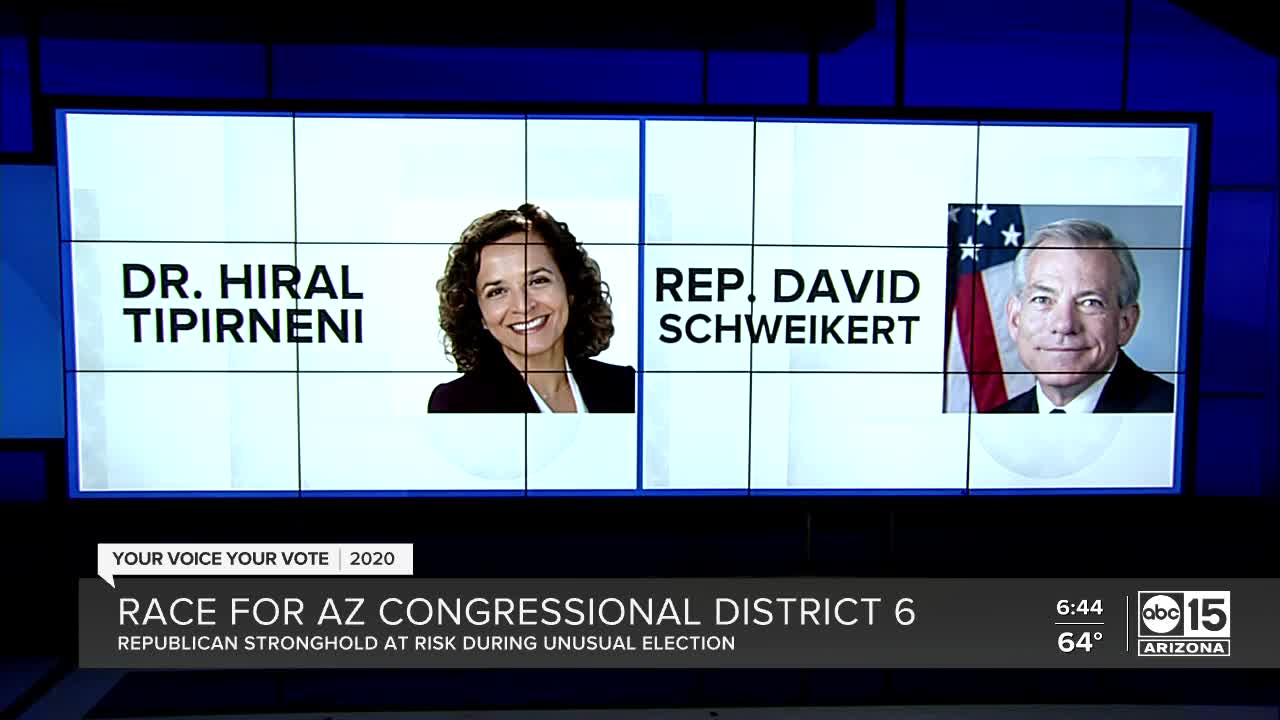 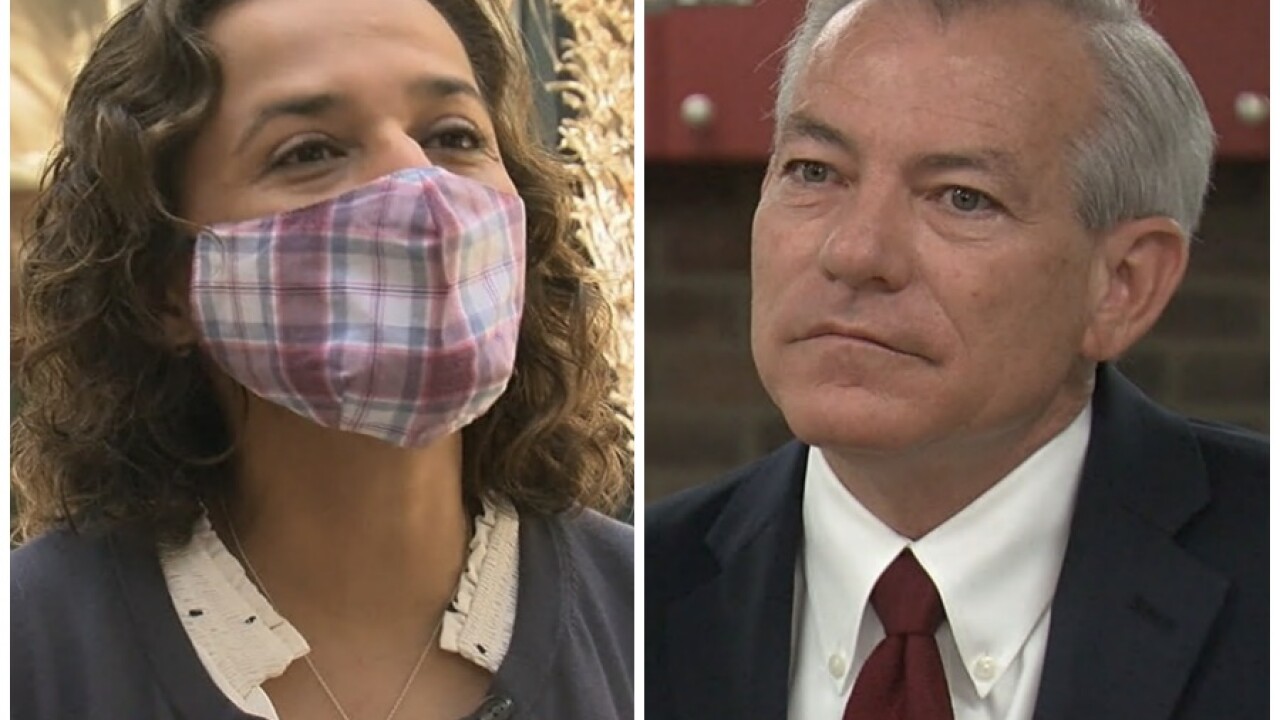 PHOENIX — The race for Arizona's 6th Congressional district is typically a snoozer for election watchers because it encompasses heavily Republican-led areas in the Valley, including parts of Fountain Hills, Paradise Valley, Phoenix, and Scottsdale, and Republican Rep. David Schweikert has won that district heavy-handily for a while.

But, this year could be different.

Schweikert faces Democratic challenger Hiral Tipirneni and the margins, according to a recent poll, are close.

According to a late-September poll by OH Predictive Insights, Schweikert leads Tipirneni by three percentage points, 49% to 46%. Cook Political Report, a non-partisan website that watches races, called the race between Schweikert and Tipirneno a toss-up.

When asked if she was surprised by the results, Tipirneni said, "no, because we know it's about the issues, not the party."

That is a big part of how Tipirneni is portraying herself -- a Democrat with independent thinking. It is what she did in a race for District 8 two years ago -- and lost -- against Debbie Lesko.

"I'm not voting in line with any party platform. I'm going to be here listening," she said.

Tipirneni is a former ER physician who still holds her license. She said her time in health care taught her to work with others and to solve problems quickly.

Her priorities are keeping the Affordable Care Act in place and working to improve it, making Medicare an option alongside other insurance, increasing solar energy jobs, and, most immediately, the pandemic.

"We need widespread testing. We are not at the capacity we should be at. We need to invest in contact tracing," she said.

Schweikert said his legislation is helping small businesses during the pandemic. He said it allows them to afford to buy protective equipment by getting a tax credit, which also allowed them to keep people employed.

Records show Schweikert voted around 90% of the time with President Donald Trump's positions. But Schweikert said he does work consistently with Democrats and with sponsoring legislation. His priorities include continuing to expand the availability of telemedicine. He looks at that legislation as a major accomplishment.

He also said he has been working to reform healthcare, repeatedly voting to repeal the Affordable Care Act. If elected for another term, he said he would try to help seniors with their financial future.

"We have millions of people headed towards retirement who don't have enough savings," he said.

But, there is another issue in this race.

Schweikert admitted to 11 ethics violations involving campaign funds that went on for years. He paid a $50,000 fine and received a house reprimand.

The violations including using campaign funds to reimburse for personal expenses. Schweikert said he apologized to his constituents and that he "feels horrible."

He also referred to the violations as a "failure to supervise," and said some of his staff members and others associated with him were responsible for some of the ethics violations.

Still, Schweiker said he takes responsibility for not knowing that it was going on during those years and said issues have been corrected.

House investigators wrote in their report that they were not "swayed" by Schweikert's attempts to show that he was a victim.

When asked if the violations could mean an issue of trust between him and potential voters, Schweikert responded: "Have those people call me. You work them through it and by the time we're done, I think there's an understanding."