The key players funding both sides of Proposition 208 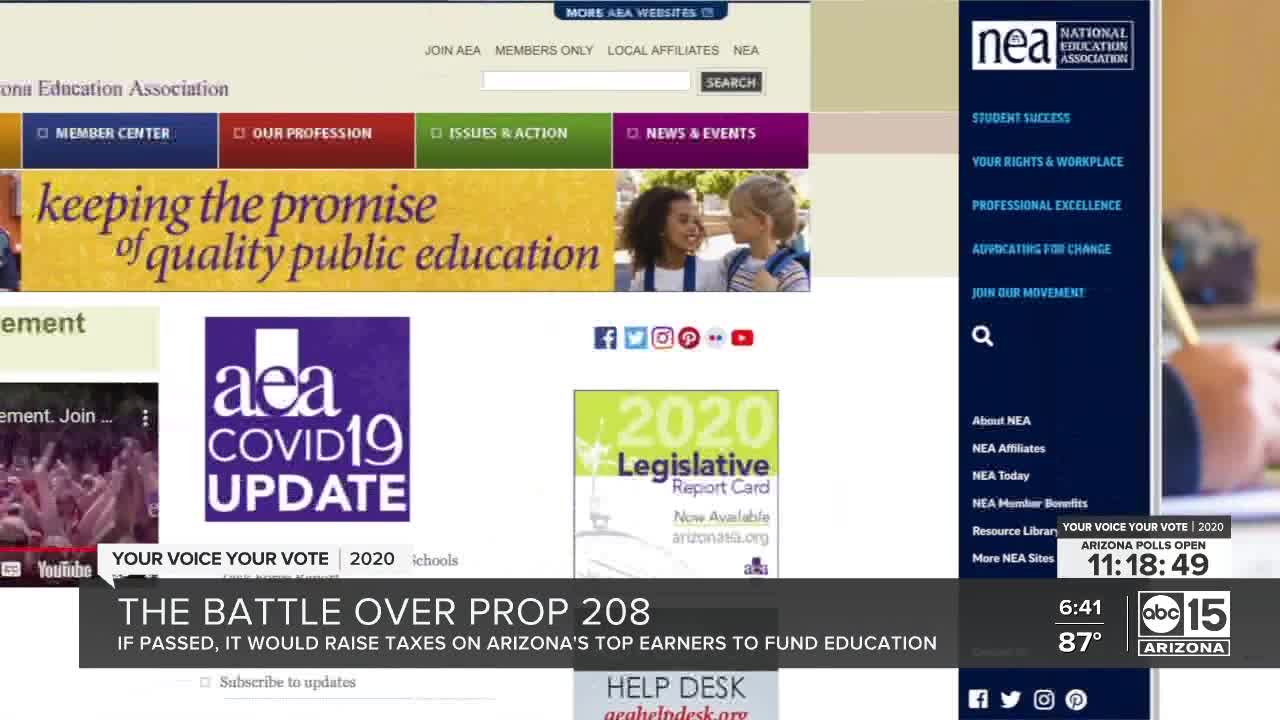 If passed, it would raise taxes on Arizona's top earners to fund education. 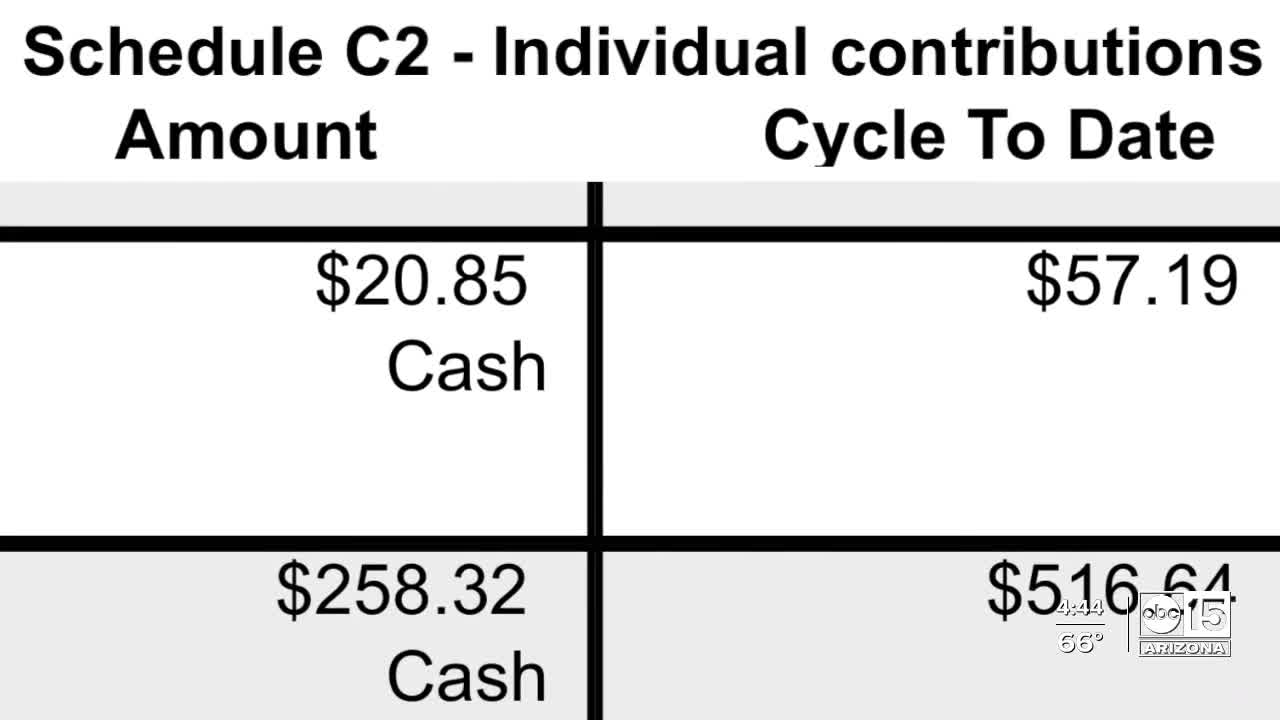 The political action committee supporting Proposition 208 raised more than four times the amount of the opposition.

Those who support the 3.5% income tax surcharge on Arizona's wealthiest individuals say it will raise nearly a billion dollars for education. Therefore, it is no surprise that "Invest in Education" received thousands of small, individual contributions averaging $50-$100. Many of those contributions come from teachers, however they and other small contributions account for less than one percent of the overall amount raised.

The largest individual contributions come from two out-of-state donors with ties to charter school groups. The finance reports show Stacy Schusterman, chair of Samson Energy Company, LLC out of Tulsa, Oklahoma, donated $2 million. Her online profile says she is also a board member for the Charter School Growth Fund.

Arthur Rock, an investor out of San Francisco, California, is listed as giving $500,000 to "Invest in Education." He also co-founded The Basic Fund, which "gives scholarships to inner city children to attend K-8 private schools" and is "an active funder of KIPP," a non-profit network of public charter schools.

A majority of the remaining funds comes from Stand for Children. The education advocacy group based out of Portland, Oregon, has affiliates in several states, including Arizona. Overall, it contributed about $9.2 million to "Invest in Education" efforts.

David Lujan co-authored Proposition 208 and is Director of the Arizona Center for Economic Progress. He addressed concerns surrounding out-of-state interests during a recent town hall with ABC15's Steve Irvin.

"Stand for Children is very much an Arizona organization," said Lujan. "They've been in Arizona for nearly two decades, representing Arizona parents all across the state. This is very much a teacher and parent-funded effort."

Those who oppose the proposition, claim it will devastate Arizona's economy and lead to job loss.

The two political action committees funding that effort are "Arizonans for Great Schools and a Strong Economy," and "No on 208."

The other half comes from businesses. SAC Holding Corp. gave $540,000, the Arizona Chamber of Commerce contributed $350,000, and a host of home builders, investment firms and real estate companies also made sizable contributions.

"The opposition to this is Arizonans," said President and CEO of the Arizona Chamber of Commerce and Industry Glenn Hamer during the ABC15 town hall. "Arizona businesses. it's a broad group of stakeholders across the state."

Click here to review the campaign finance reports for Invest in Education, Arizonans for Great Schools and a Strong Economy and No on 208.