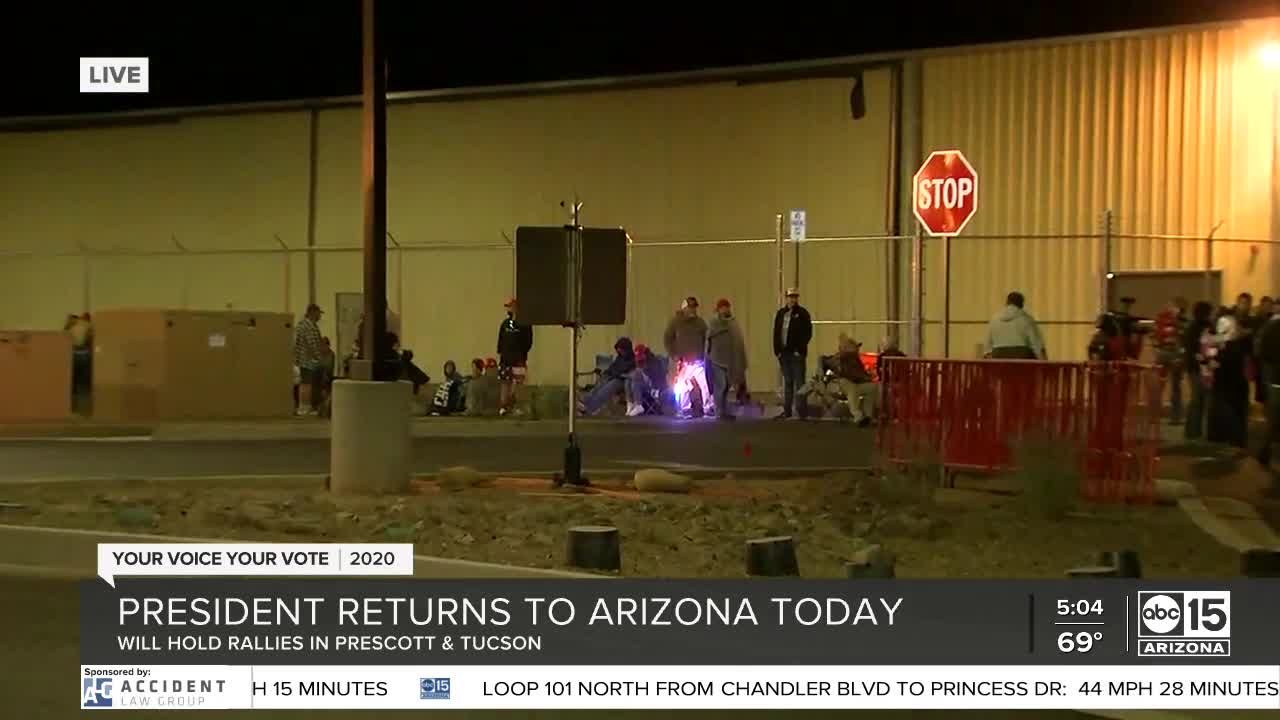 President Trump is set to hold a rally in Prescott on Monday, as well as one in Tucson. 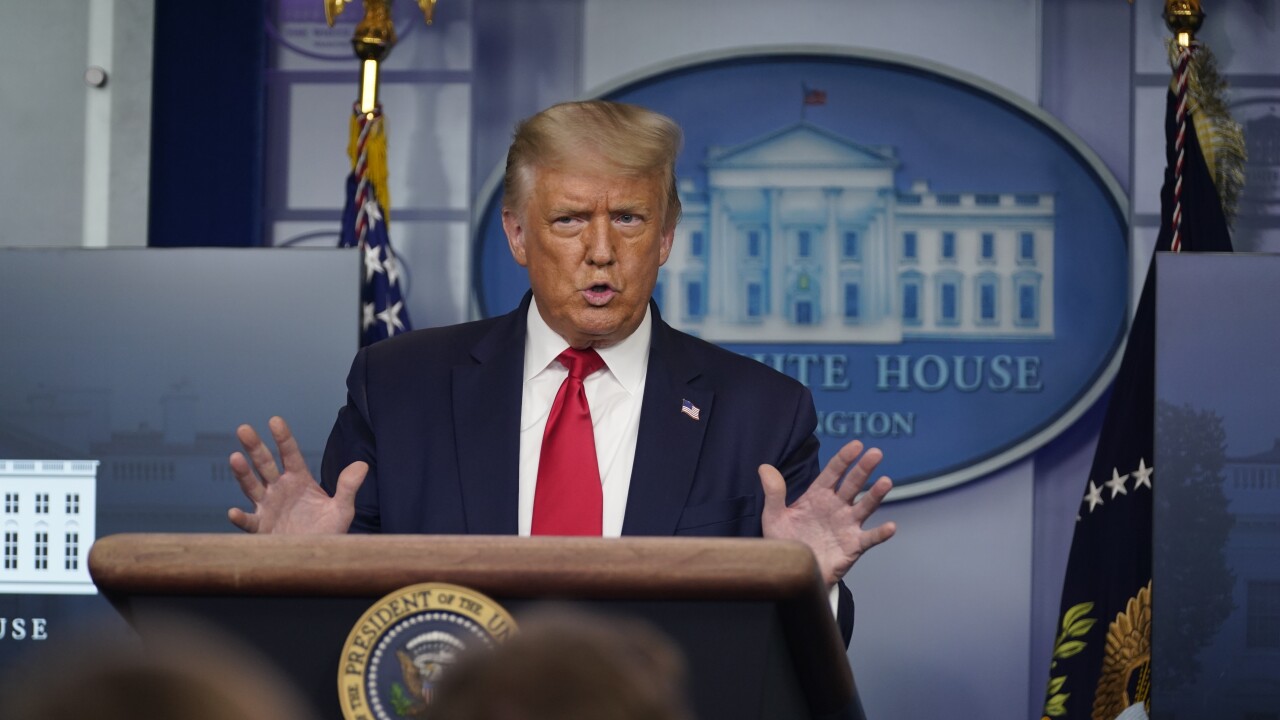 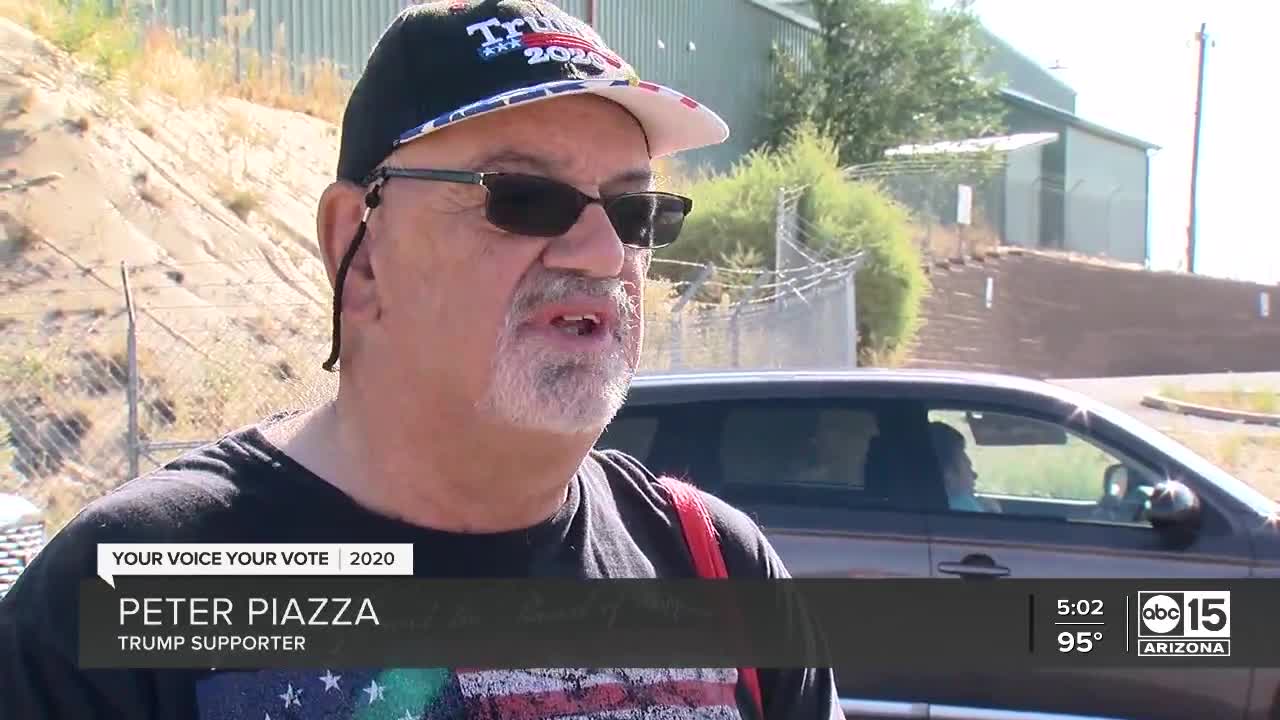 PRESCOTT, AZ — President Donald Trump returned to our state for two rallies on Monday, visiting Prescott in the morning and Tucson in the afternoon.

Race to the White house

President Trump has arrived in Tucson for his final rally of the day in Arizona. Watch live in the player below.

President Trump makes a dramatic exit and puts on a show for supporters as he leaves his rally in Prescott. @abc15 pic.twitter.com/LNRQOkCWKo

THANK YOU ARIZONA! Together, we are going to MAKE AMERICA GREAT AGAIN! https://t.co/gsFSgh2KPc pic.twitter.com/2yEtEevzh0

A look at the lines to President Trumps rally in Prescott today. I’m guessing 30k plus turned out to see the president. Many just hanging outside the venue to show their support. @abc15 pic.twitter.com/W7PGr3J3Ai

Will he be back for a 2nd term? President Trumps supporters in Prescott sure think so. Check out the shirt. @abc15 pic.twitter.com/IRzwPw5lT7

President Trump supporter Wes Holmes of Mayer hopes to get this book of hundreds of letters from folks around the state in the presidents hands today. He’s collected them for over a year. Tens of thousands are in Prescott today for the presidents rally. @abc15 pic.twitter.com/B2QQdjFo1L

President Trump is on the tarmac at Phoenix Sky Harbor alongside Governor Doug Ducey. Neither is wearing a mask. pic.twitter.com/HiJXqBVdq3

President Trump is set to arrive at Sky Harbor Airport in Phoenix before taking Marine One to Prescott.

Make no mistake, while large cities may be turning blue/purple, President Trump still has huge support in rural Arizona. https://t.co/gtTw9SuiFS

Heading for Arizona. See you soon!

.@realdonaldTrump incoming to Prescott (Press-kitt for all you non Arizonans out there) by way of Sky Harbor. It's the beating heart of rural red Arizona. John McCain would end every campaign in the city square at the courthouse steps.

Donald Trump Jr. was in town Thursday for a "Latter-day Saints for Trump" event, and Ivanka Trump visited for a separate event over the past weekend. President Trump's last visit to the Valley was September 14 for a "Latinos for Trump" event in Phoenix.

Trump resumed his campaign events last weekend after recovering from the coronavirus.

According to the campaign, everyone in attendance “will be given a temperature check, masks which they are instructed to wear, and access to hand sanitizer.”