Not sure about mailing your ballot? Here's why AZ's Secretary of State says you shouldn't worry 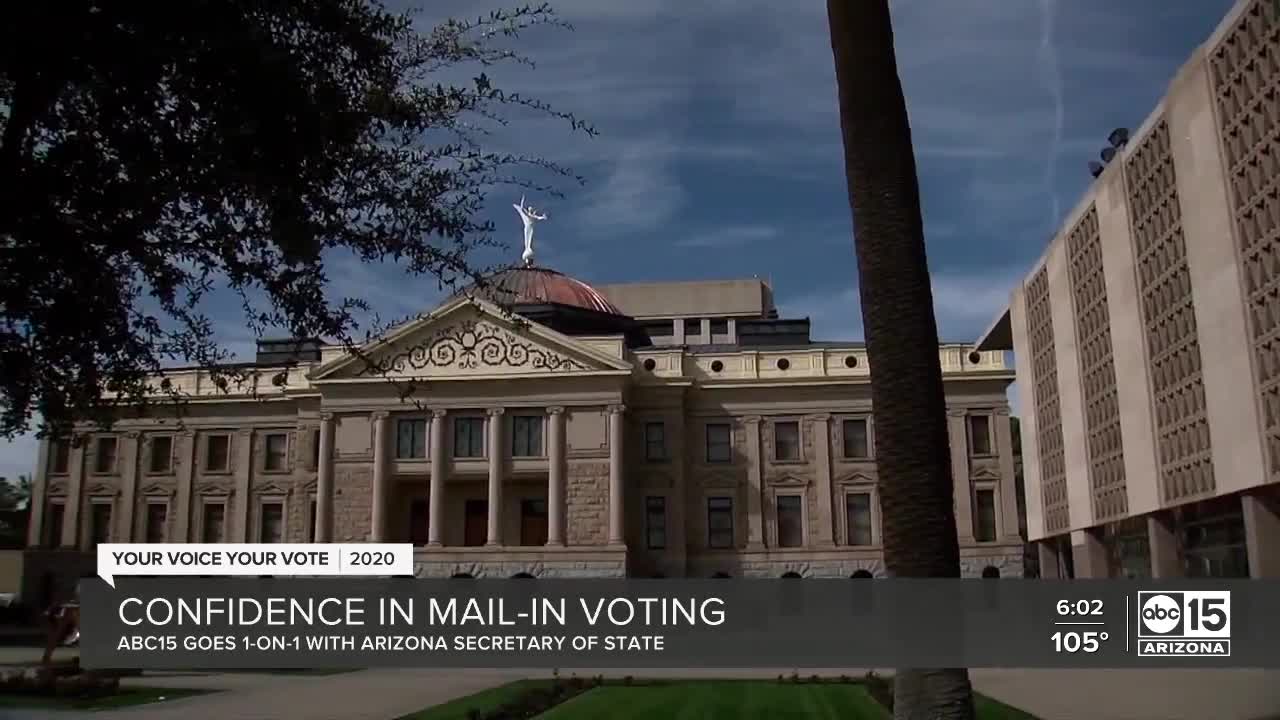 ABC15 speaks to the Arizona Secretary of State about confidence in mail-in voting.

PHOENIX — Some claim the practice can lead to fraud, corruption, and an illegitimate election.

But is there truly a risk if you choose to mail-in-your ballot this election season?

"I think the bottom line is that voting is complicated," said Arizona Secretary of State Katie Hobbs. "Voters have a lot to think about and they shouldn’t have to really struggle over how to vote.”

Arizona's been counting vote-by-mail ballots since 1991.

More than 1.9 million voters in Maricopa County are on the county's permanent early voting list, meaning, they get a ballot in the mail for every election.

For first-time voters though, the decision is a hard one to make.

“I want my vote to count, I want my voice to be heard," said Maria Sanchez, a student at Phoenix College. "That is my biggest concern, that I vote and it won’t get there on time or it won’t count.”

"In order for me to really feel comfortable and really almost like accept that I voted, it would have to be in person," she explained. "I don’t want there to be any misunderstandings or things like that because this election is really big to me, and I really want to get it done right.”

“Voters in Arizona should know that all ballots are treated the same whether they are ballots by mail or ballots that you vote in person," said Hobbs. "There’s the same security and fraud prevention measures around those ballots.”

“ The process is solid, and the process is what’s to be trusted," he said. "We had record turnout in the August primary, and we had almost no issues at all. That was after having to adjust into COVID-19 through all of the criticisms that we’ve been getting and so forth.”

Election officials credit the success of mail-in ballots to extensive security measures, including unique barcodes per voter and per ballot, as well as signature verification systems, and ballot tracking.

"Those ballots are tracked and when voters return their ballot in the mail," said Hobbs. "They can also confirm with the county recorders office that it’s been received and that it’s ready to be tabulated.”

If you're on the permanent early voting list, but change your mind on how you'd like to submit your ballot this year, you can bring it to any vote center in your county, or drop it off in a secure drop-box. Locations can be found on your county's elections department website.

The deadline to request a ballot-by-mail is October 23. The U.S. Postal Service recommends voters get their ballot back in the mail, if they choose that option, by October 27.