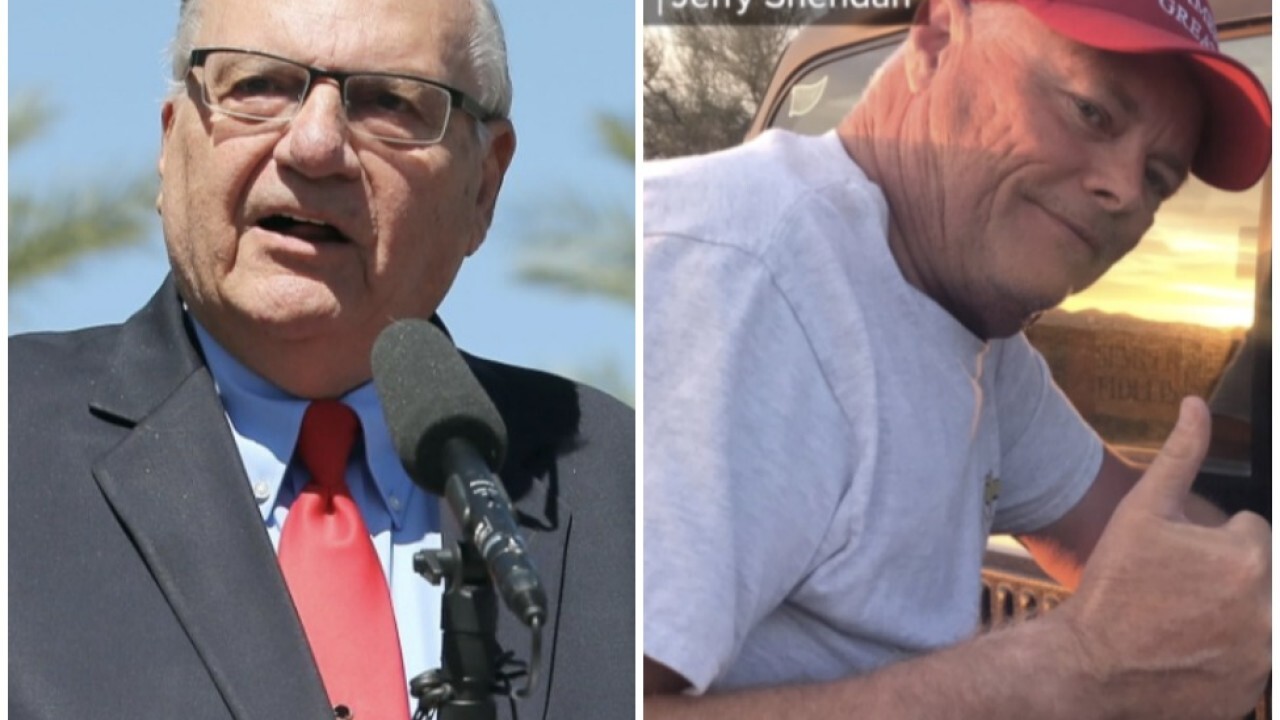 PHOENIX — Getting ready for a showdown with Maricopa County Sheriff Paul Penzone on the November ballot will have to wait for Jerry Sheridan and former Sheriff Joe Arpaio. The two are locked in a too-close-to-call race for the Arizona primary election Republican seat, which has divided Maricopa County Republicans.

As of 5:30 p.m. Friday, Sheridan leads Arpaio by just one percentage point, about 6,000 votes, with less than 30,000 ballots left to verify and count in the county.

If Arpaio were to win, it would be a familiar race on the ballot come November. Penzone beat out Arpaio for the seat in 2016, after losing to Arpaio in 2012. Arpaio held the sheriff's position in office from 1993 until 2017 when Penzone officially replaced him.

Jerry Sheridan says he was urged by current MCSO employees who are dissatisfied with Sheriff Paul Penzone to run for the seat.

Sheridan worked for the sheriff’s office for nearly four decades, rising in the ranks to be Joe Arpaio’s second in command for six years.

Early in the campaign, Sheridan’s path to a November faceoff with Penzone seemed wide open. Then in August 2019, Joe Arpaio announced he was running for sheriff again for an unprecedented eighth time.

While Penzone has been generally successful keeping the sheriff’s office out of the headlines and in compliance with Federal Court orders, Sheridan says Penzone has lost the trust of the deputies and detention officers. If elected, Sheridan says he believes he can restore that trust and leadership.