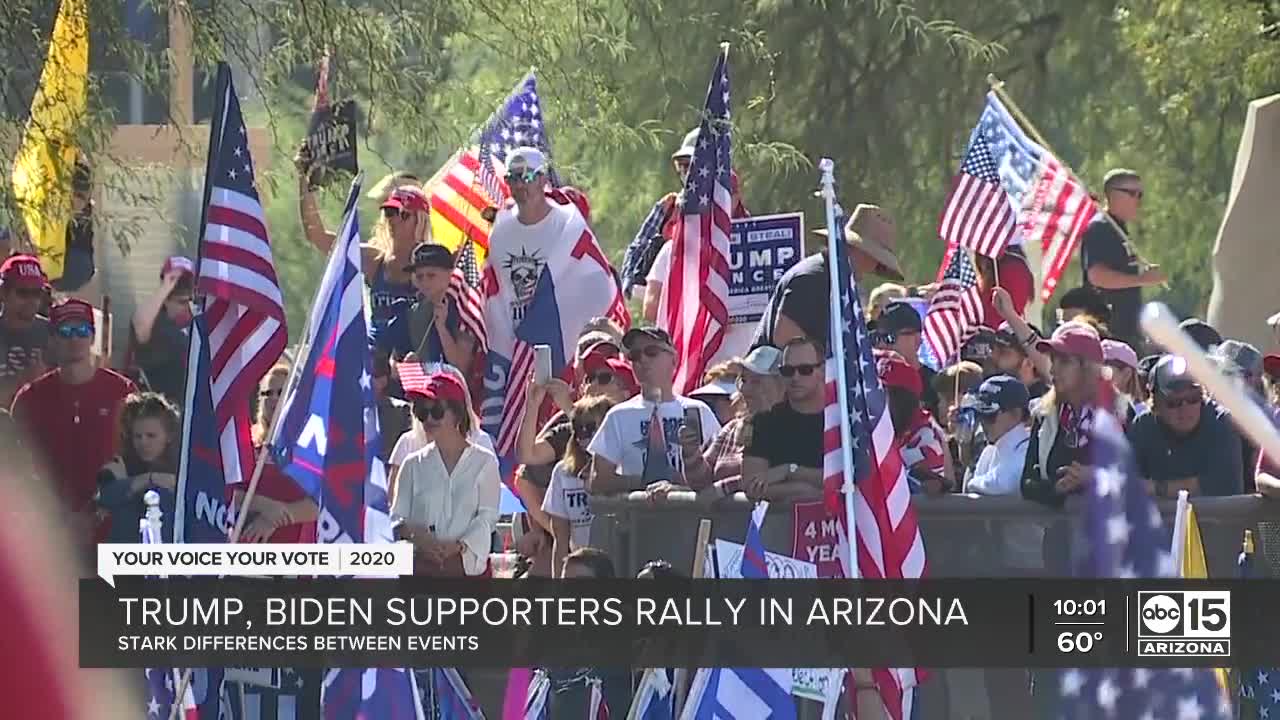 For a second straight weekend, supporters of President Donald Trump protest the results of the election, while Joe Biden supporters celebrate quietly. 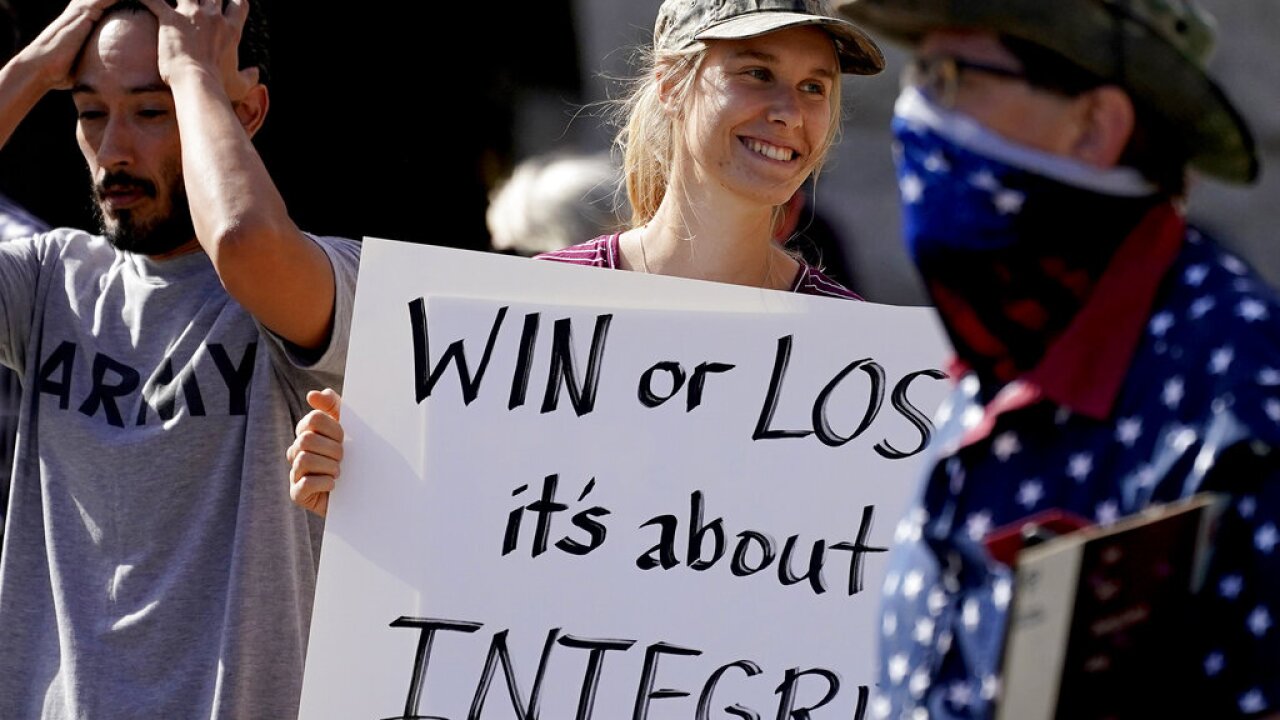 PHOENIX — For a second straight weekend, supporters of President Donald Trump protest the results of the election, while Joe Biden supporters celebrate quietly.

Filling the Arizona Capitol grounds, Trump supporters continue to refute the results of the elections, claiming fraud, without any evidence of widespread voter fraud.

"If they count every legal vote man. We would move on if it’s done right," said another Trump supporter.

On Friday, the final projections for electoral college votes were made, naming Joe Biden as President-elect.

Saturday, the final ballots were counted in Arizona. Biden defeated Trump in Arizona by 10,377 votes.

While Trump supporters protested the capitol, a small group of Biden supporters gathered in celebration at Margaret T. Hance Park in Downtown Phoenix.

"I feel like a million bucks I celebrated last week dancing on the street in front of my restaurant, I don’t care," said Silvana Salcido Esparza, Owner of Barrio Cafe. "You know Biden people are just ready to get on and move on with this business of life and business of getting the country moving forward."

In early October, Esparza was visited by Biden and Kamala Harris. They spoke to her for about 45 minutes outside her restaurant, Barrio Cafe.

Only a handful of people celebrated for Biden in the park. The group painted a community painting, listened to music and flew kites, a very small, calm celebration juxtaposed to the protest at the capital.