PROP 207: Arizona dispensaries optimistic about effort to legalize cannabis for adult recreational use 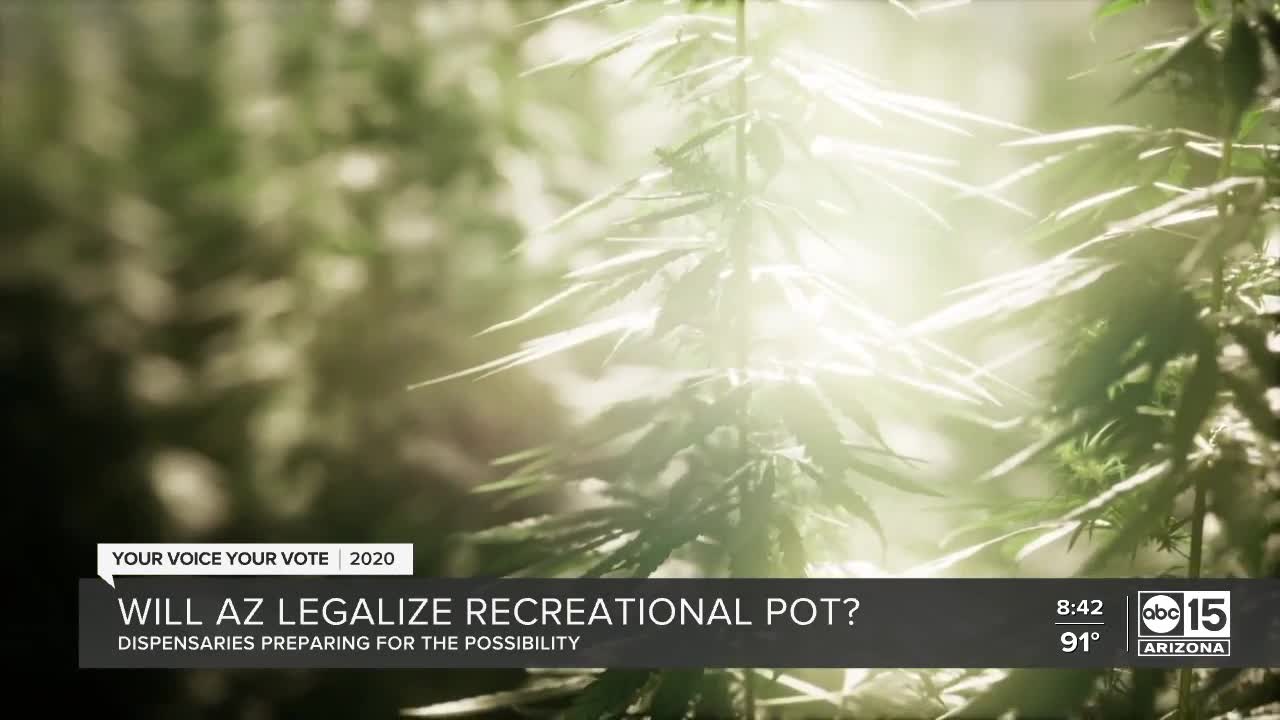 Dispensaries in Arizona are preparing for the possibility that marijuana is legalized in the upcoming election.

PHOENIX — So far 11 states have legalized marijuana for adult recreational use. A similar effort is underway in Arizona right now, with Prop 207.

Experts predict the measure could win or lose by a narrow margin, just like we saw in 2016. The proposal to legalize marijuana narrowly failed at that time. Now supporters are more optimistic, saying Arizona has had time to see the impact of the recreational use of marijuana in other states.

"I think Arizona is ready. I think the initiative is the right one for Arizona and I think people can see it," said Lilach Mazor Power, the owner and founder of the Giving Tree Dispensary.

She added that most of our neighboring states have already legalized the drug, and Arizona now has almost a decade's worth of experience in seeing the impact of legalizing medical marijuana.

The Giving Tree Dispensary is already gearing up for increased production and a big wave of customers if the adult-use initiative passed. Power said they were buying more extraction machines, planning to grow more product, and hiring more people.

"We are an industry that is growing," said Power.

If the proposition passes, medical marijuana dispensaries will be the first in the state to start selling cannabis to those over the age of 21, until the state's health department decides how many licenses they plan to distribute, and who could apply for those licenses.

ABC15 asked Power what it would mean for medical marijuana cardholders if pot became legal for adult use in Arizona. Would one still need a card to buy cannabis? Power said medical cards would still be needed for those that need higher doses of marijuana to use as medicine.

"Those with a card would be able to purchase up to 2.5 ounces of their medicine. Those without a card can only buy one ounce at a time," said Power.

Those against Prop. 207 worry about quality of life and issues that could sprout up in communities if marijuana was legalized.

"In Colorado, you've got more impaired drivers on the road. You've got more babies with THC in their system. In Washington and Oregon you've got drivers admitting they're driving around stoned every single day," said Lisa James with Arizonans for Health and Public Safety.

To learn more about these concerns regarding the legalization of marijuana, click here.

To learn more about the responsible use of marijuana and what that entails for Arizona, click here.