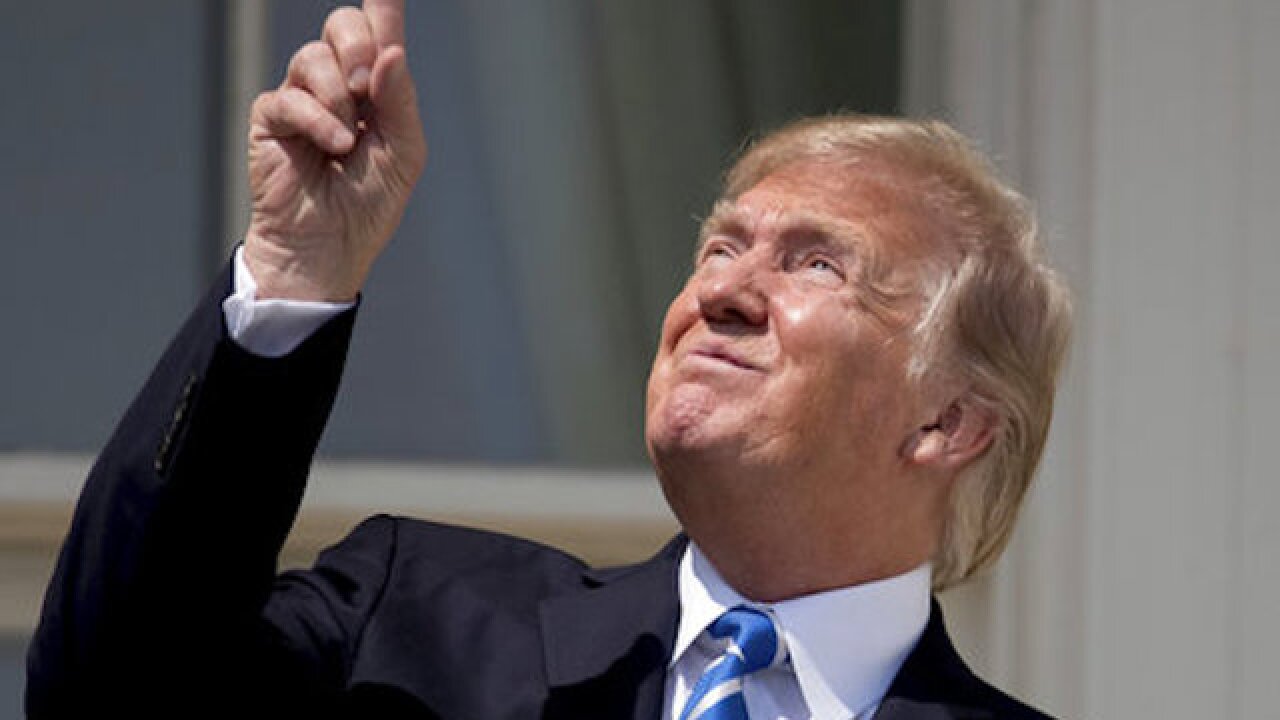 President Donald Trump, along with First Lady Melania and son Barron, viewed Monday's historical solar eclipse from the balcony of the White House.

But despite warning from media outlets, scientists and others, the president looked directly into the sun for a brief second. Trump turned away as soon as someone yelled, "Don't look."

Fortunately for Trump, he quickly looked away from the sun and used proper solar filters to look at the sun more in depth. Nearly 80 percent of the sun was blocked by the moon on Monday afternoon in Washington.

According to experts, looking directly at the sun could cause temporary or permanent eye damage. The longer a person stares into the sun, the more damage that can be done to the eye.

The image of Trump looking into the sun has caused amusement on social media on Monday.

I honestly didn't think there could be a way Trump could embarrass us just by watching a solar eclipse.

Yet, here we are.

"There are many different sides to this eclipse, not all of them are blinding." -President Trump pic.twitter.com/Mp7UCXJYCz

SCIENTIST: "Don't look at the sun during an eclipse."