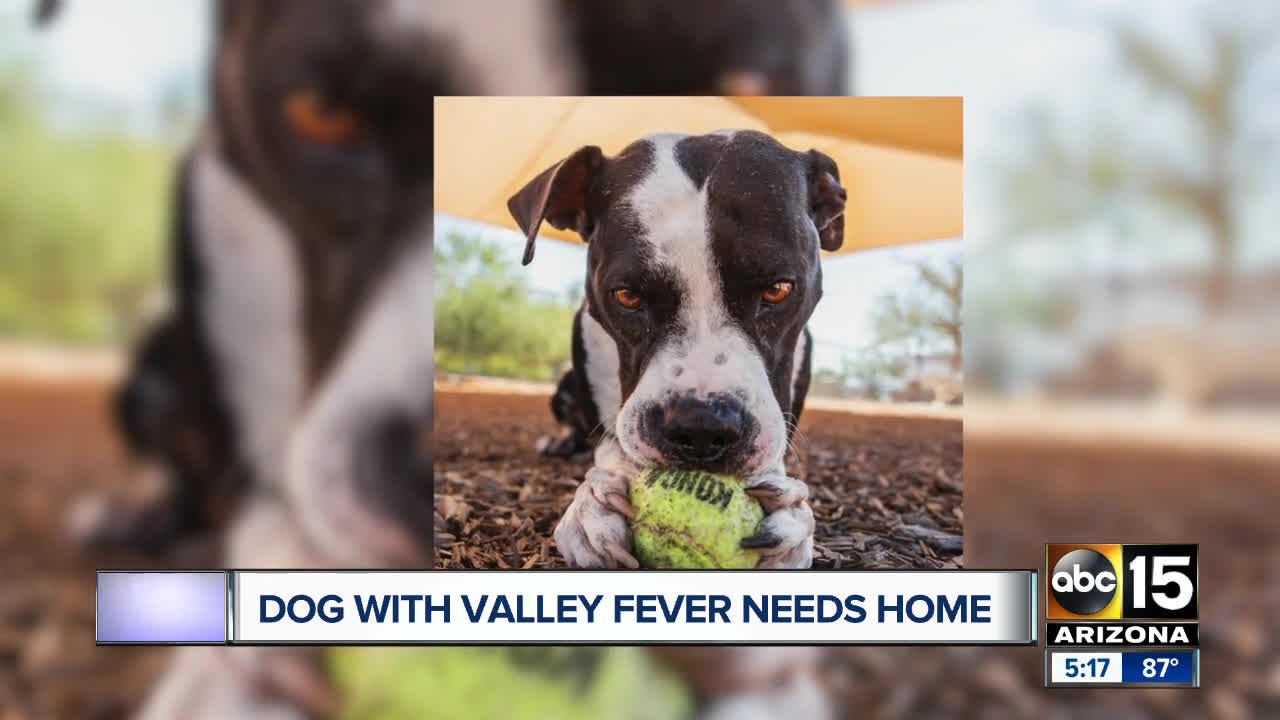 Paco the Pitbull needs a caring owner to see it through with him. 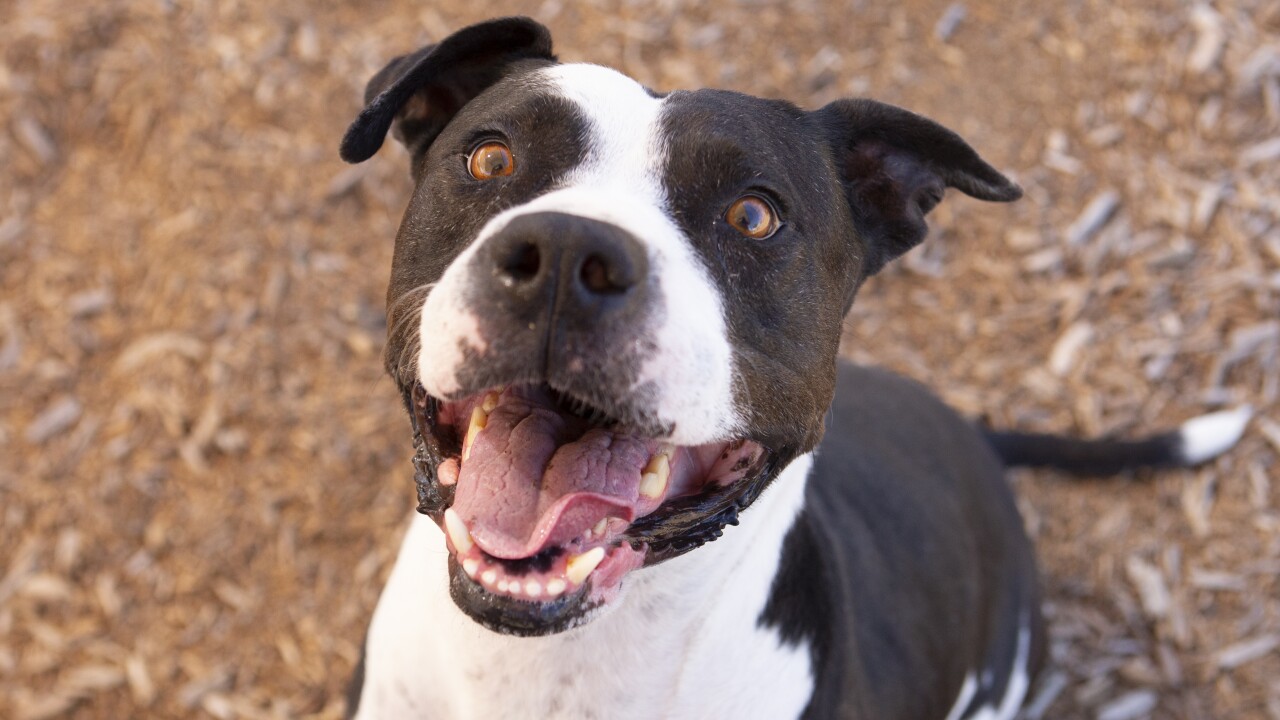 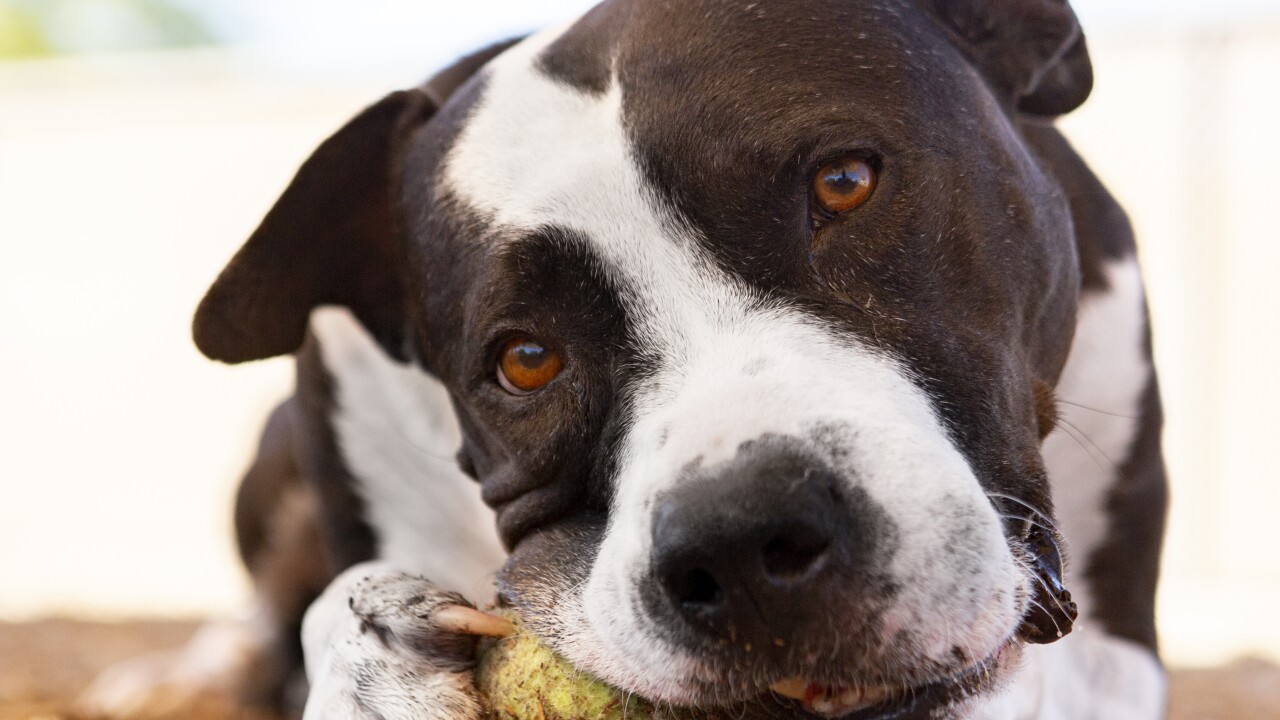 PHOENIX — A dog that survived unimaginable abuse as well as Valley Fever is looking for a fur-ever home that is friendly to special dogs.

In July, Paco (pictured above) was siezed out of a backyard by Gilbert Police. According to a press statement from the Arizona Humane Society (AHS), Paco and another dog were "chained up in direct sunlight and lying in their own feces and urine."

The dog Paco used to live with was adopted, but Paco's medical conditions have kept him at the shelter for months.

AHS says Paco was treated for tick fever and recovered from that illness; however, he was then diagnosed with Valley Fever.

"AHS veterinarians started him on Valley Fever medication which has improved his condition, yet he could need medication for the rest of his life," Kelsey Dickerson from AHS said.

"More recently, and perhaps most upsetting, is that Paco has now begun developing skin masses which could be an indication of a blood cancer common in the pit bull breed," Dickerson wrote in a press statement.

Dickerson says it's rare the tumor could spread to other parts of the body, but the family that adopts 5-year-old Paco is encouraged to watch for growths throughout the dog's lifetime.

"At just five-years-old, Paco has so much life left to live and despite all of his ailments, AHS veterinarians say Paco's quality of life is good. In addition, for those lucky enough to spend time with Paco they would never know that he has endured so much," Dickerson said.

Dickerson described Paco as loving, exuberant, playful "and about as handsome as they come." Plus, she says, he adores people!

Paco's adoption fee will be waived, according to Dickerson.

"AHS is hoping that there is a person or family out there willing to give this boy the life he so deserves," Dickerson said.