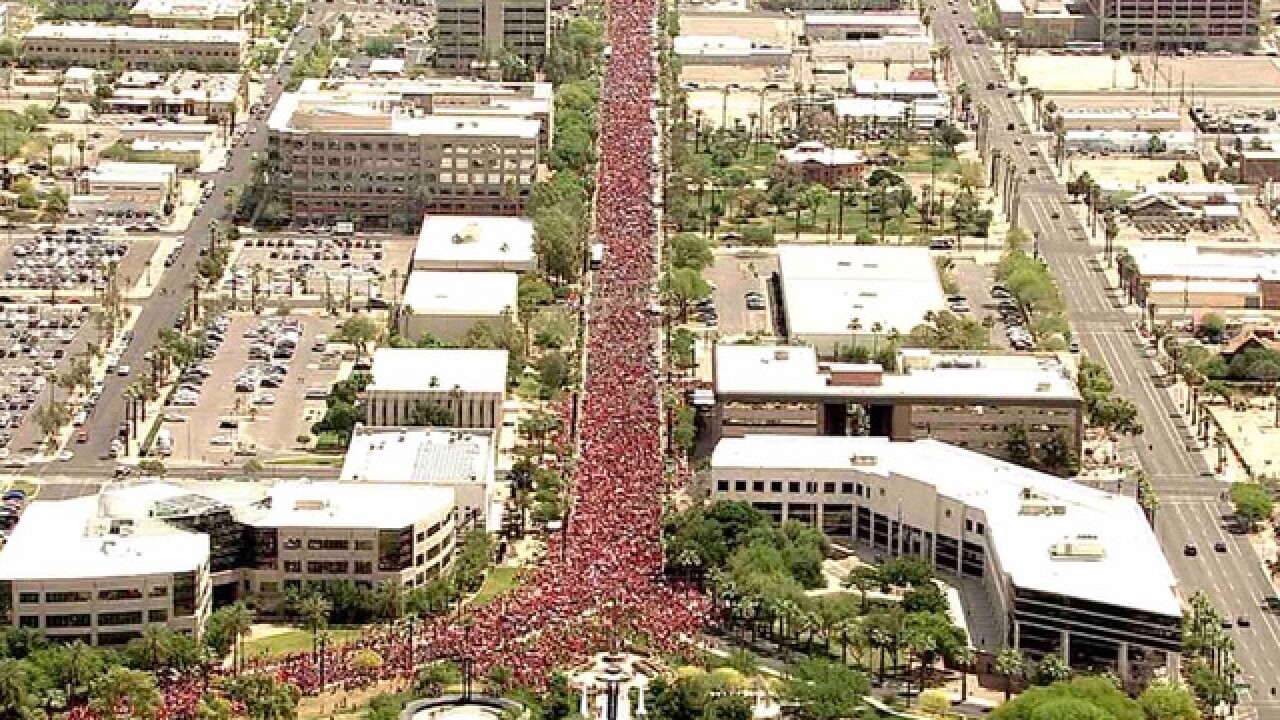 Some Valley districts have considered extending the school year, and even adding Saturday classes, to make up for time missed during the ongoing teacher walkout.

ABC15 has reached out to district officials to compile details on what each has planned to implement once schools are back in session.

While many districts are still finalizing plans on if and how schools will make up time and days, some have already released plans.

The Arizona Department of Education holds a requirement for the number of hours students must be taught in a school year. If schools do not meet these requirements, funding can be prorated, according to official documents.

The minimum number of instructional hours taught varies by grade.

ABC15 will continue to update this list as new information is released by each school district.