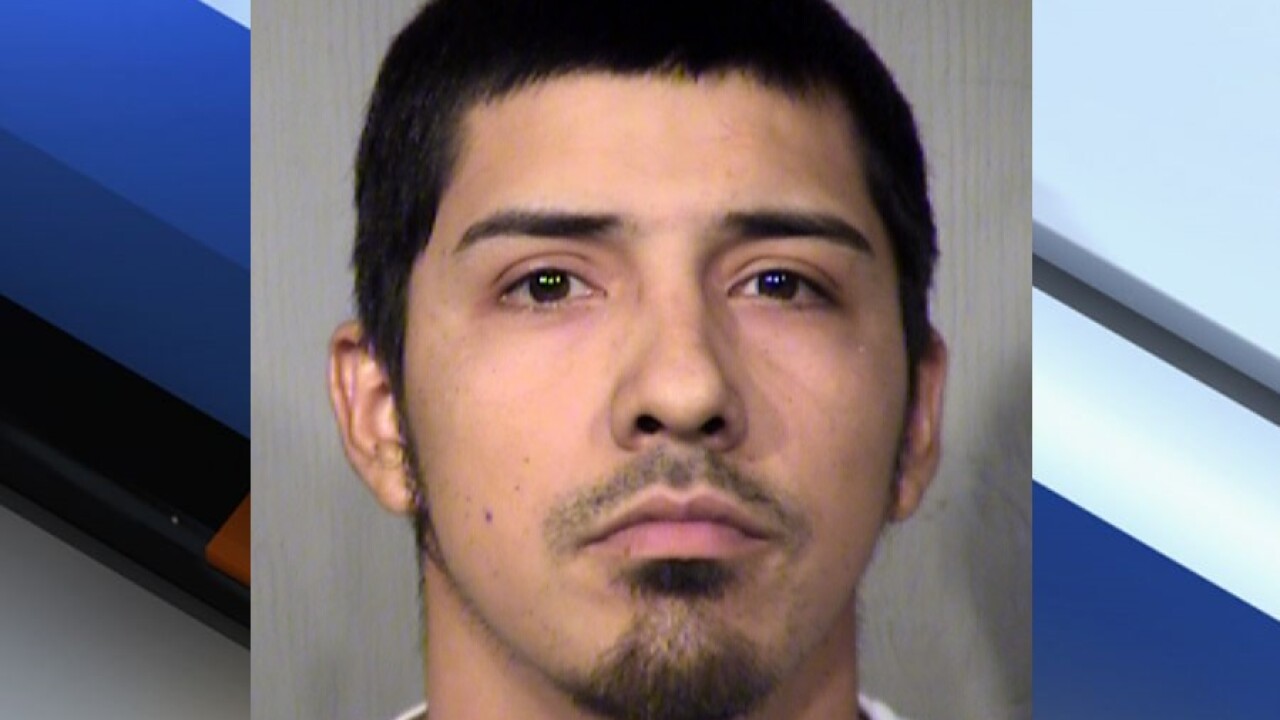 TOLLESON, AZ — Additional details have been released regarding a DUI hit-and-run crash that killed a young girl.

Tolleson police report that on July 5, Arturo Perez, 28, was driving near 91st Avenue and Interstate 10 when he collided with another vehicle around 10 p.m.

Police say the vehicle that was struck had an adult male, adult female, and three children inside.

The driver and a seven-year-old female passenger, were taken to area hospitals. Officials said the seven-year-old girl later died from her injuries at Phoenix Children's Hospital.

Perez allegedly walked away from the scene but returned and admitted to being the driver of the SUV, according to court records.

Police reportedly found an open can of beer in Perez's SUV. Another beer can was located next to the roadway. Police say the can was still cold and beer was draining out of it.

Police say Perez admitted to drinking four cans of beer and smoking marijuana before the crash.

According to court records, Perez's BAC was .104.

Perez was booked into the Avondale jail and is facing multiple charges including manslaughter, aggravated assault, DUI, and hit-and-run.