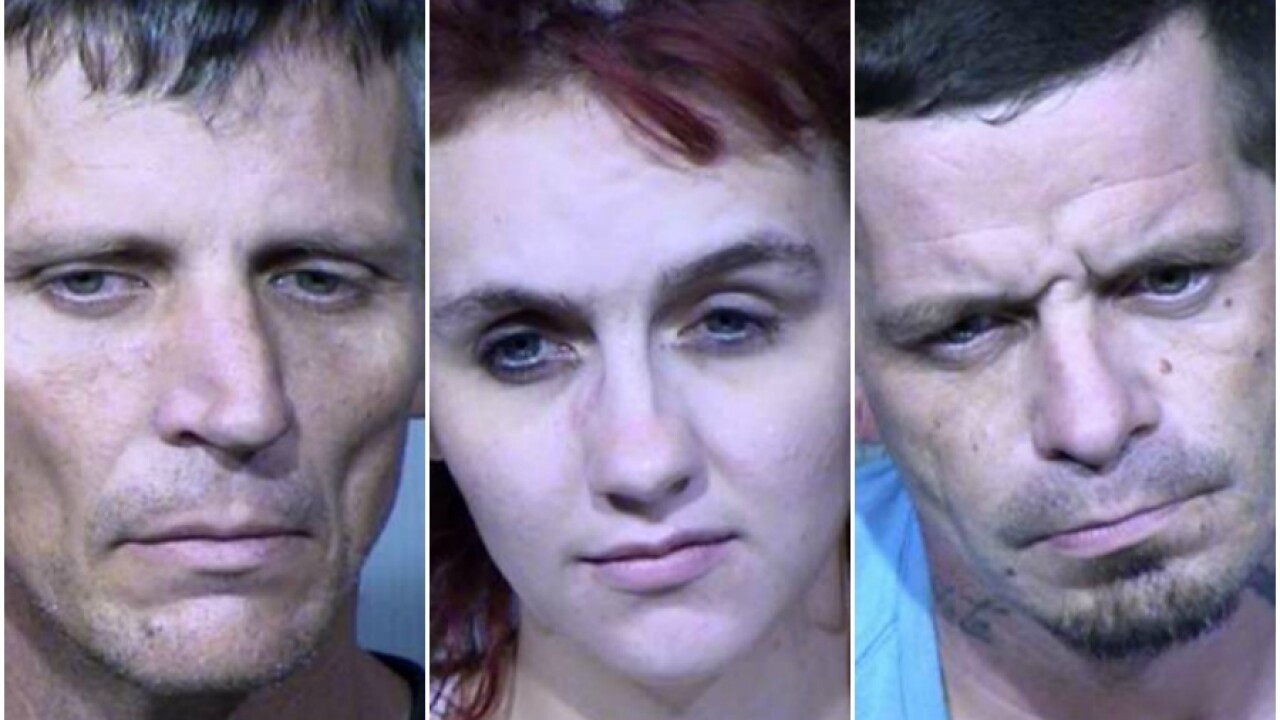 Investigators with the U.S. Postal Service report that on September 30, a man, later identified as David Romulus Upton, 49, stole community mailbox keys and other postal items from a USPS vehicle, near 7th Avenue and Beardsley Road.

When a witness yelled out, Upton reportedly got into a Red Dodge truck pulling a flatbed trailer with two other suspects, 26 year olds Robert Eugene Landgraf and Brittany Kaye Broadhurst.

Court records show the postal inspectors responding from tips from the public located the truck and arrested Upton. During a search of the vehicle, investigators allegedly found the stolen keys and other stolen postal items.

An RV that was seen leaving Upton's home was stopped near 7th Street and Bell Road, where Landgraf and Broadhurst were arrested.

Investigators say all three were trying to leave Arizona after seeing a reward poster on the news.

U.S. Postal Service representatives say it would have cost them $3 million to re-key all the community mailboxes if the keys were not recovered.

The trio is facing charges of burglary and fraud.