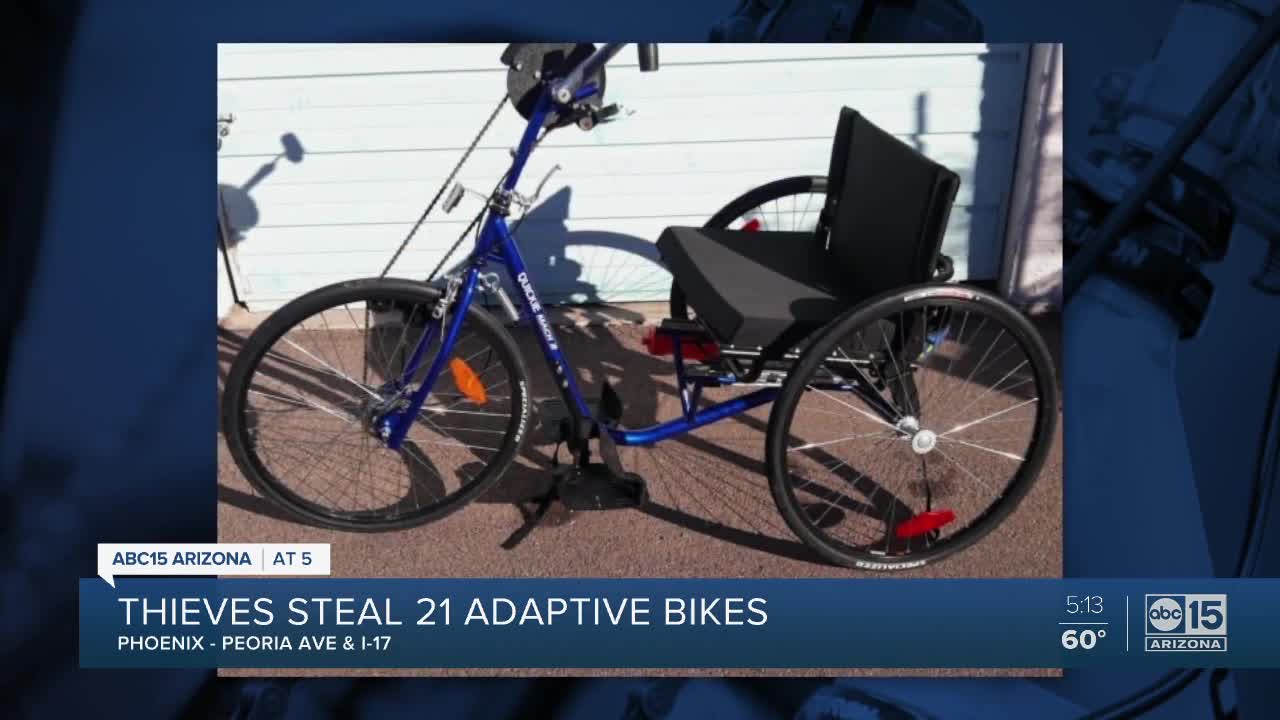 21 bikes stolen from group that helps those with disabilities

PHOENIX — It's hard for one Valley non-profit to believe. Twenty-one bikes, gone. And these aren't just "any" bikes.

Crooks managed to get away with 21 adaptive bikes used by Daring Adventures in Phoenix.

The group uses the bikes to take people with disabilities or injuries out into nature.

Back in November, thieves stole nine of the bikes out of the organization's storage unit near I-17 and Peoria Avenue. Then, last week, another 12 were stolen.

Both times, the thieves busted through heavy locks safeguarding the organization's storage unit.

"When it happened in November, you know, it's the initial shock that sets in. But then for it to happen so quickly is just devastating," said Jerry Ketelhut, the executive director of Daring Adventures.

At this point, Daring Adventures has moved the remaining 10 bikes to a different location. Unfortunately, they've had to cancel their cycling program since so many bikes were stolen.

The group says there aren't any leads as to who pulled this off.