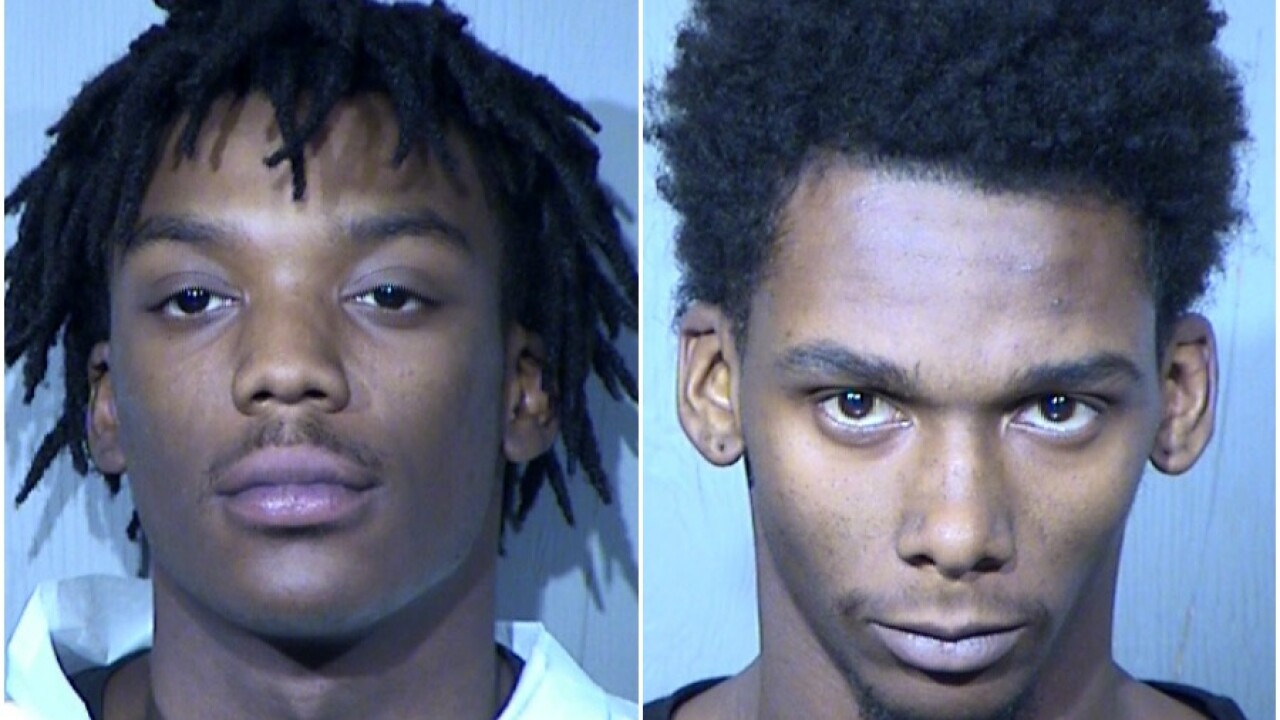 TEMPE, AZ — Two men have been arrested for shooting three people in two incidents near Arizona Mills Mall on October 2.

On Thursday, Tempe police arrested Quinshawn Hopkins, 20 and Zareek Batchelor, 19, near Priest Drive and Broadway Road for two shootings that happened on October 2.

Court records show that the first shooting took place just before 8 p.m. in the parking lot of the El Pollo Loco at Arizona Mills Mall. A witness that was in the car with the victim reportedly told police that they were there to buy drugs through a contact they met on Snapchat. The person shot in that incident did not survive.

Police say the car is associated with Batchelor. A phone records check allegedly places Batchelor in the area of both shootings. Investigators say a Snapchat message from Hopkins to Batchelor, sent just before the second shooting, informed Batchelor that the victim had arrived.

Police say Hopkins and Batchelor both fled to California in the days following the murders but later returned to Arizona.