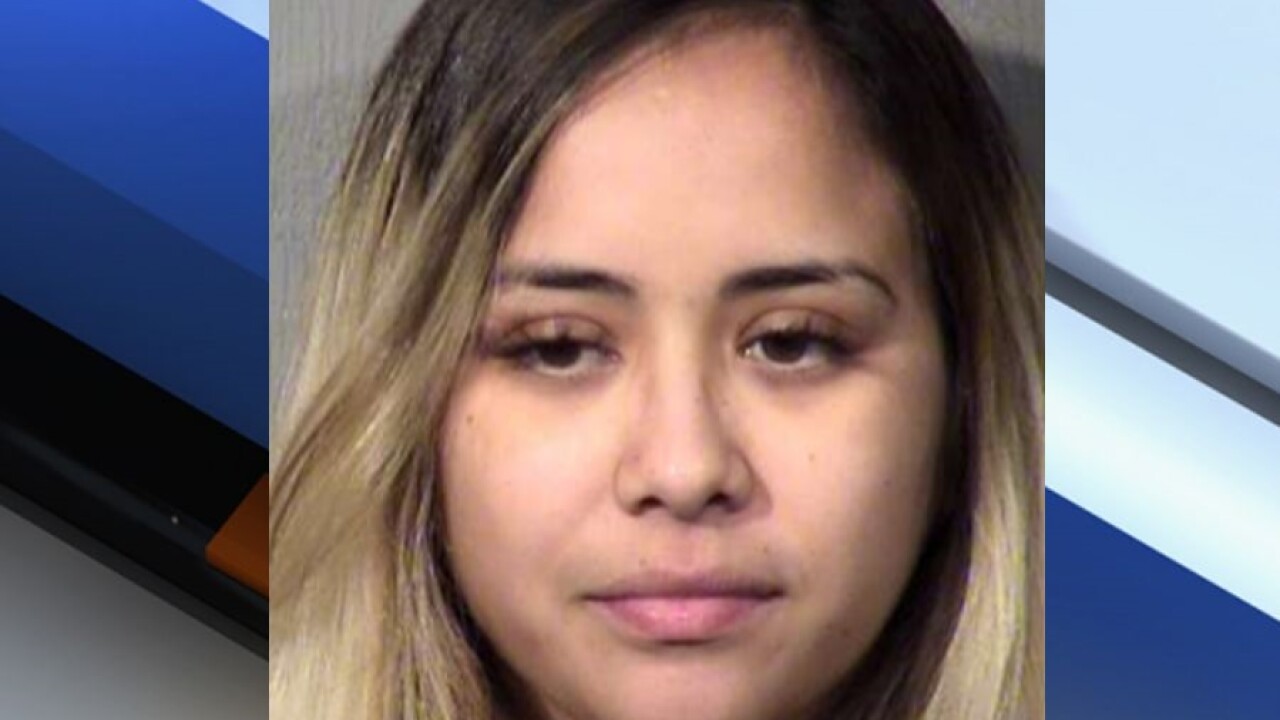 BUCKEYE, AZ — An El Mirage mom was caught transporting meth and heroin with her infant and child in her car.

Perez was spotted and pulled over on I-10 near Miller Road in Buckeye, police say. A K-9 drug dog reportedly found 40 pounds of meth and four pounds of heroin hidden in the car. The value of the drugs is reported to $100,000, according to investigators.

Court records show that inside the car with Perez was her infant and 9-year-old son.

Police say Perez told them she went to Mexico to visit her children's father, and he took possession of the car for several hours. She allegedly told police that she was unaware illegal drugs were hidden in the vehicle.

However, police say, she admitted to transporting drugs into the U.S. one time in the past.

Perez has been charged with multiple drug-related offenses.