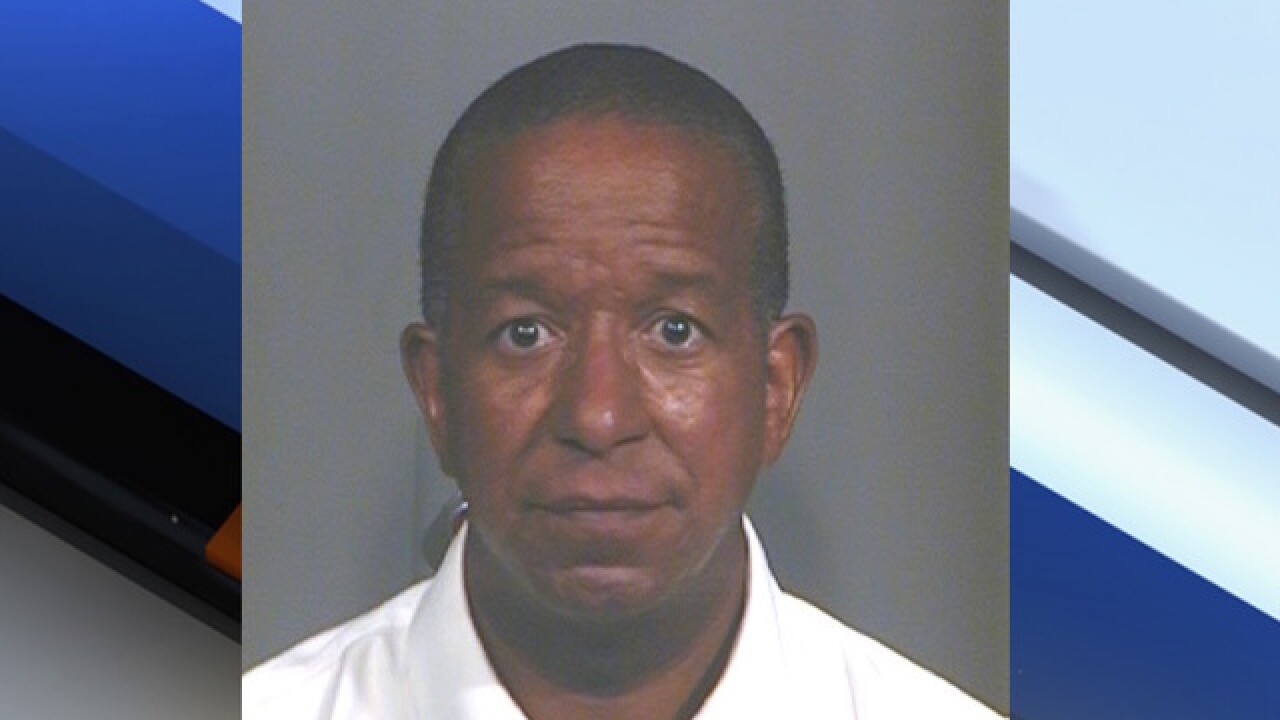 A Tempe Municipal Court judge has been arrested by Chandler police for allegedly stabbing his wife ten times.

Chandler police report that on Friday they arrested Thomas Jeffrey Robinson, 55, at his workplace.

Police say on August 25 they responded to Chandler Regional Medical Center to talk with a female victim who was stabbed. The woman reported to police that an intruder entered her home and stabbed her several times.

Her husband, Robinson, reportedly told police that he returned to his home near Ray Road and Arizona Avenue and found several items that were damaged and his wife stabbed. Both of them told police that they did not want an investigation or prosecution in this case.

Police say on September 21 they received a call from the victim giving them a different story. The victim allegedly told them her husband stabbed her. She relayed to police how they argued over her suspicions of infidelity.

When Robinson left the home, she started damaging items in the house. When Robinson returned and saw what she had done, he came into the bedroom and attacked her with a knife. He reportedly stabbed her ten times in the face, arm, chest, and back.

She said she went along with the story of the intruder because she didn't want to see Robinson get into trouble.

Upon his arrest, Robinson allegedly admitted to stabbing his wife several times out of anger. He also reportedly said he disposed of the knife, bedding and other evidence.

The City of Tempe said Robinson had been placed on unpaid administrative leave; come the end of business hours on Monday, the judge had filed for retirement, effective September 28, city officials said.

Robinson has worked for the City of Tempe since 1995. City officials sent ABC15 the following information regarding the judge's work history:

He was charged with 1 count of tampering with evidence and 10 counts of aggravated assault.