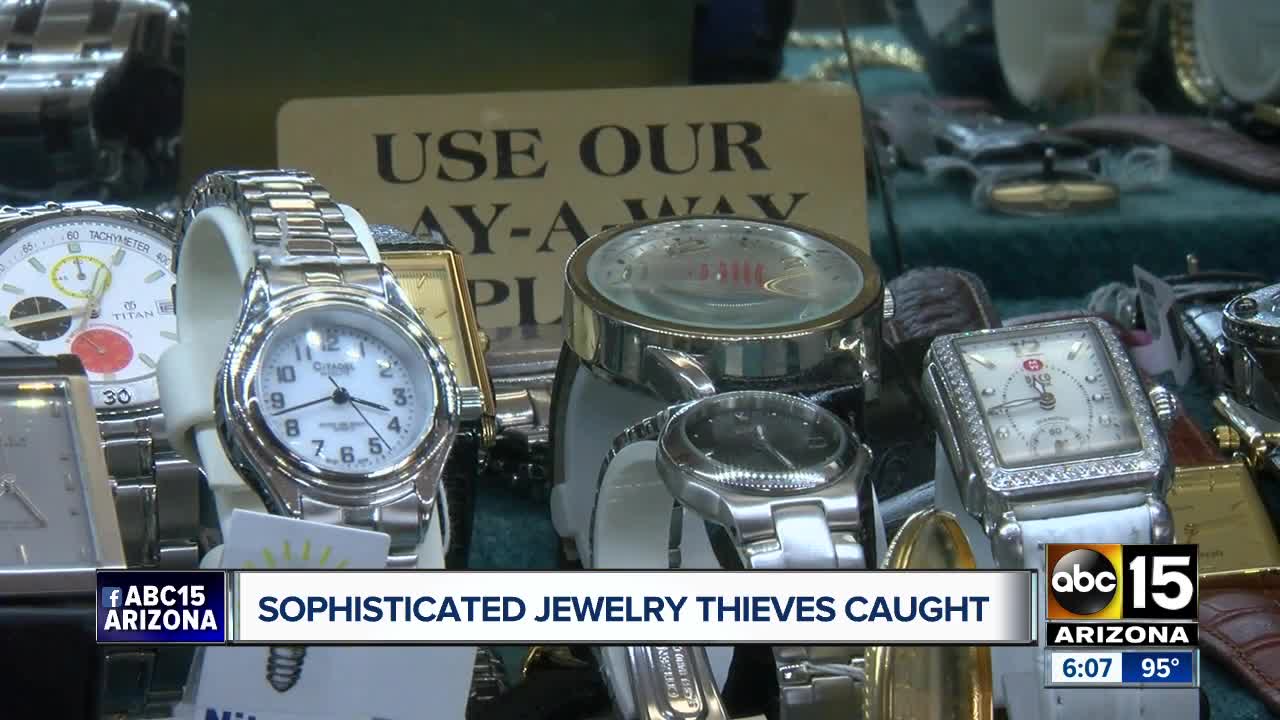 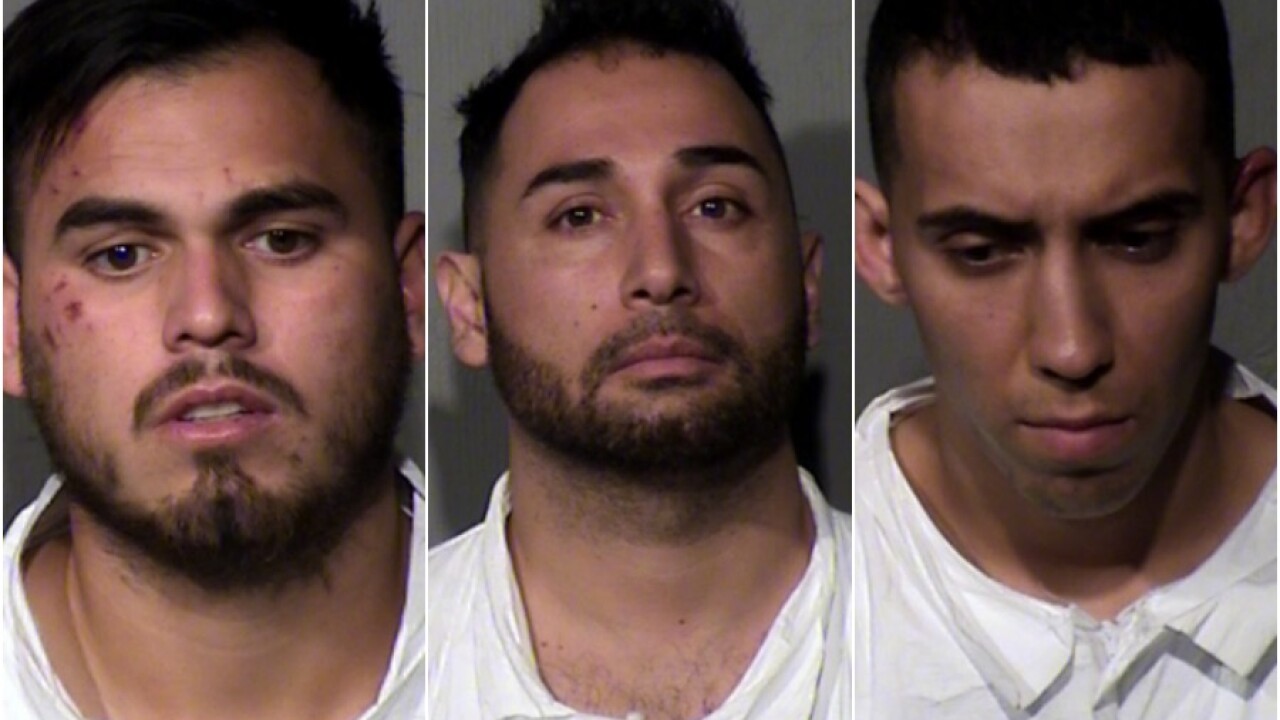 SCOTTSDALE, AZ — A crew of Chilean commercial jewel thieves tied to crimes in several states was caught in the Valley.

The department had received a call from police in Santa Barbara about a crew of Chilean nationals who have stolen over a $100,000 in jewelry from stores in California, Colorado, and Utah.

Santa Barbara detectives tracked the crew to six cities in the Valley and believed they would hit stores over the Memorial Day weekend.

California detectives reportedly told Scottsdale police that the team would target stores before a long weekend. The group would cut power to the stores and wait for the police to show up. They would wait nearby for the officers to determine there was no active crime in progress, leave, and for the backup batteries to drain.

The three would then enter the store and allegedly spend hours stealing jewelry from displays and inside safes.

On May 25, police followed the alleged suspects, who court documents say are all in the U.S. illegally, to various jewelry stores. At two of the locations, they allegedly cut power to the stores. The next night, police observed a shadow of a person on the roof of a jewelry store near Central and Southern avenues that had its power cut. The store was found ransacked the next day.

Investigators tracked the suspects to a motel in Peoria near 91st and Grand avenues, where they arrested Cruz and Sepulveda. Montecino was found in the same area several hours later. Police recovered $5,000 in stolen jewelry and said the crew did another $3,000 in damage to the business.

Santa Barbara police had arrested others in this crime syndicate, but they fled out of the country after being arrested and released, according to police.

In this case, U.S. Immigration and Customs Enforcement has placed detainers on all three suspects, according to court records.

The three have been charged with three counts of burglary, and charges from jurisdictions outside Arizona are pending.