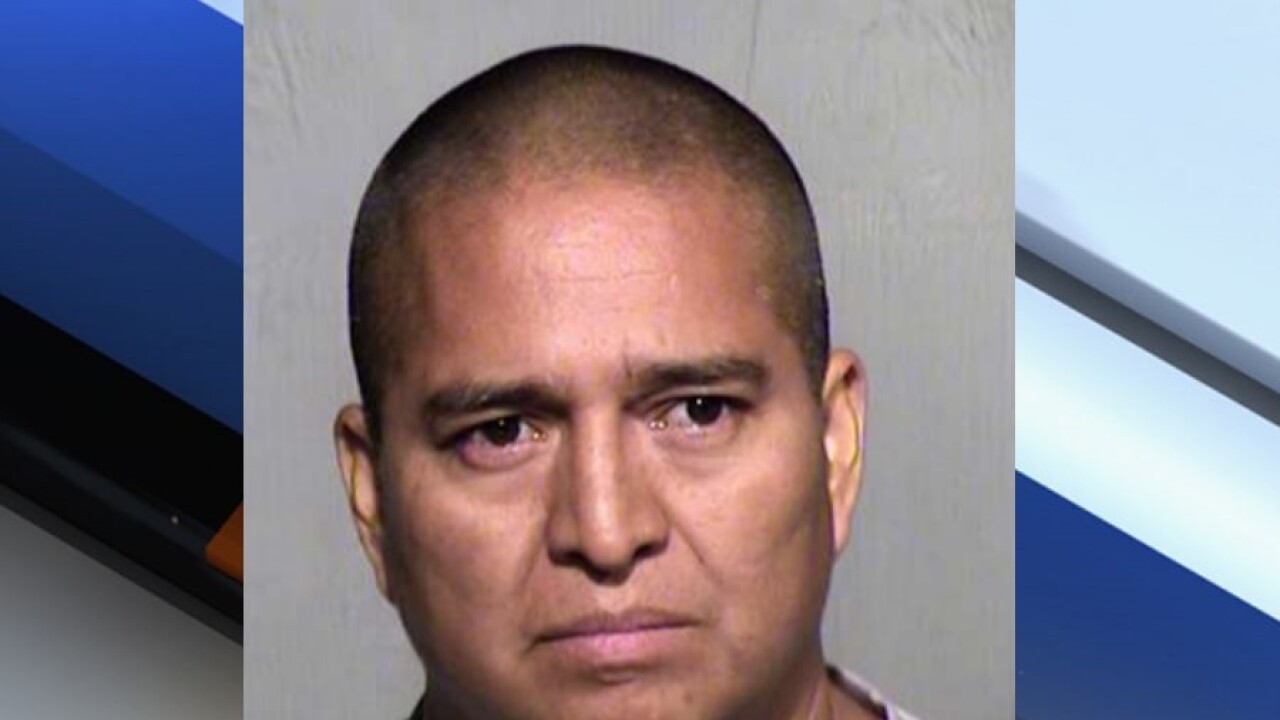 SCOTTSDALE, AZ — A Scottsdale man has been charged after being accused of inappropriately touching three girls.

On June 26, Scottsdale police arrested 45-year-old Roberto Pedro for sexually related crimes against three minor girls who don't know each other between 2009 and 2019.

On May 8, an 11-year-old girl texted a friend saying Pedro had raped her. The friend contacted a school teacher, who called the police.

The victim's parents reportedly told police that two years ago they found an entry in their daughter's journal saying Pedro, who is the father of their daughter's friend, had touched her inappropriately. The victim reported multiple incidents of sexual contact by Pedro at his home.

Police say the same day they got word of another preteen victim who gave similar accounts of sexual activity with Pedro at his home.

According to court records in 2011, Pedro was investigated due to another allegation of sexual conduct with an 11-year-old girl. Pedro, who operates a limo service, was hired by a neighbor to take the girl to school while her mother's car was out of service.

Police say the girl reported to them that Pedro sexually assaulted her when she went to her friend's home to see their new kittens. Afterward, Pedro allegedly threw $300 at the girl. When questioned about the allegations at the time, Pedro accused the girl of threatening to make false accusations against him if he didn't pay her. He said she had extorted three other men as well, but couldn't provide police with any names.

Court documents show that the investigation became inactive in 2012 for lack of evidence.

After his arrest last week, detectives asked Pedro why three girls who don't know each other would all make similar accusations, to which Pedro responded, "all girls lie."

Pedro has been charged with sexual conduct with a minor.