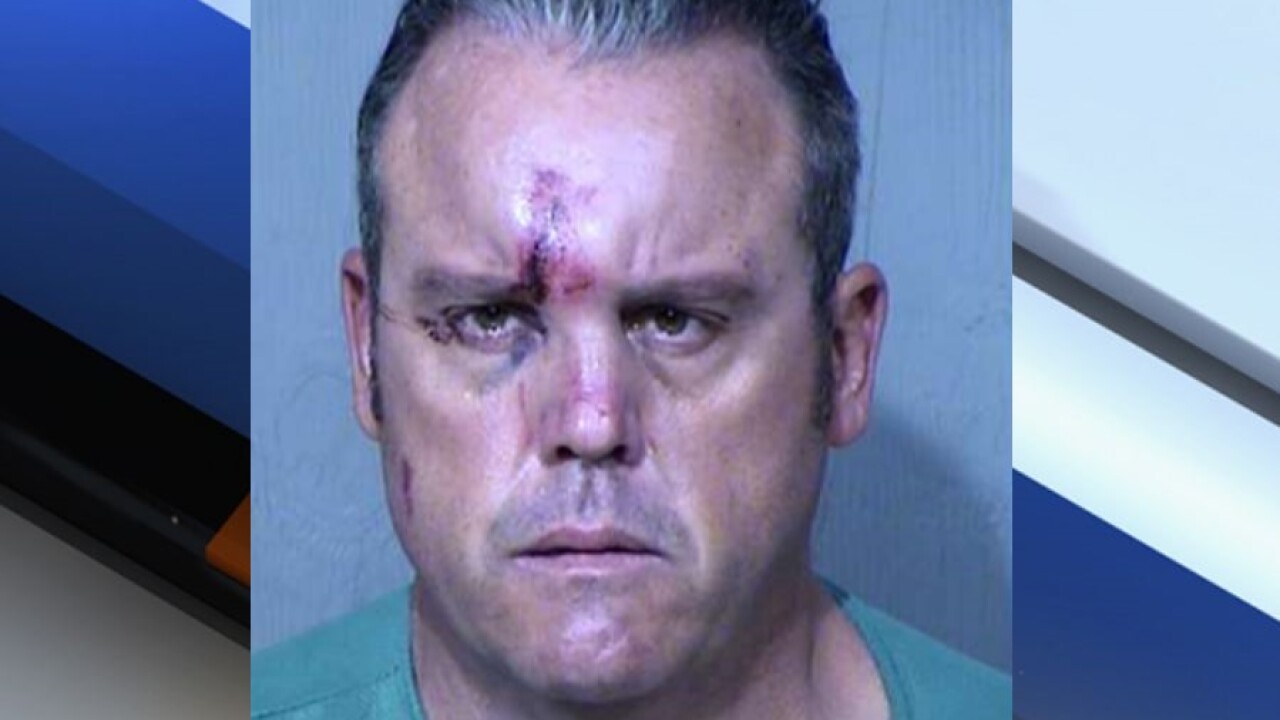 SCOTTSDALE, AZ — A Scottsdale motel clerk stopped an alleged burglary in progress as he was making his rounds last week.

Scottsdale police report that around 4 a.m. on October 21, they responded to a shooting call at the Extended-Stay America hotel near Scottsdale Road and Shea Boulevard.

The hotel clerk contacted police, saying he had shot a burglar. He reportedly told police that he was making his rounds in the parking lot when he saw 46-year-old John Paul Bays near a red van, and then heard glass breaking.

The clerk said he then confronted Bays, and believed he saw the man point a handgun at him. The clerk then pulled his own handgun and fired one shot at Bays. Police say Bays responded by saying, "Hey, you shot me," before running to a nearby apartment complex.

The clerk chased after Bays, and saw him leave in a white car. He managed to get a license plate number for the vehicle and also found a drill Bays had allegedly stolen.

Police say the clerk was able to give them a detailed description of Bays, including his "heavily tattooed legs." Police identified Bays as the suspect using the license plate information provided to them by the clerk.

Bays was located and arrested later that night in Mesa.

He has been charged with burglary, aggravated assault, and resisting arrest.