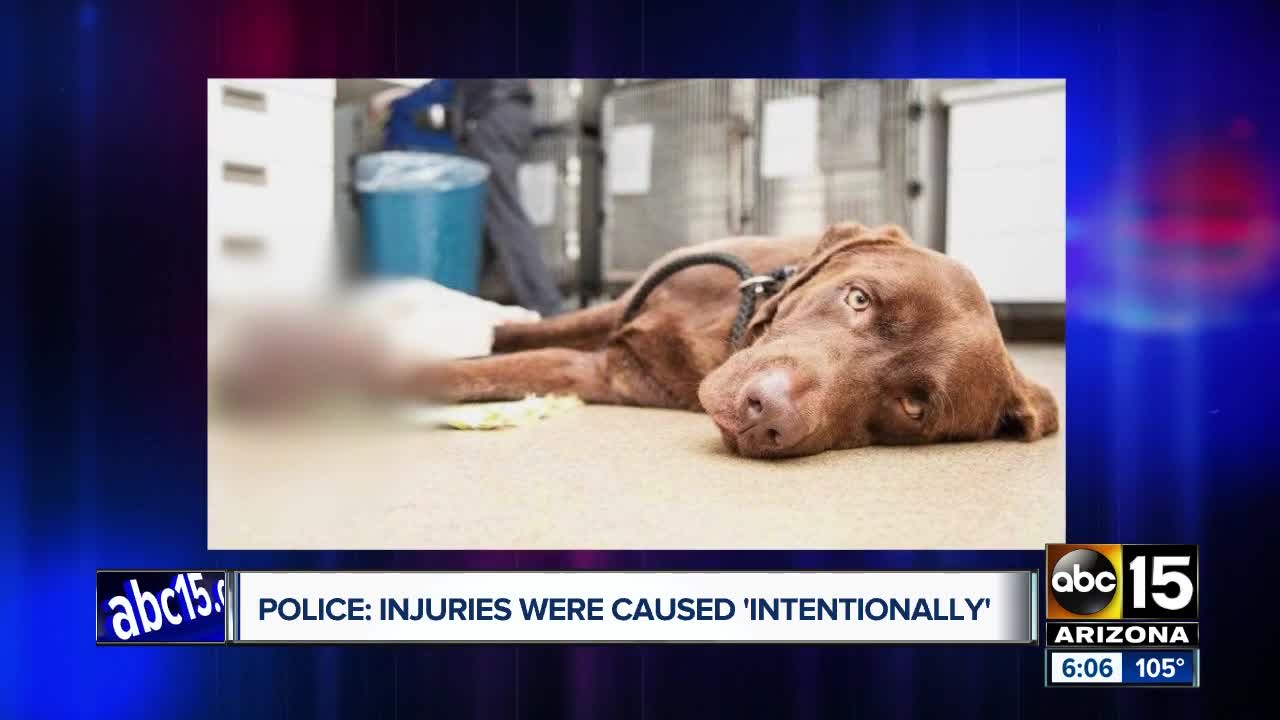 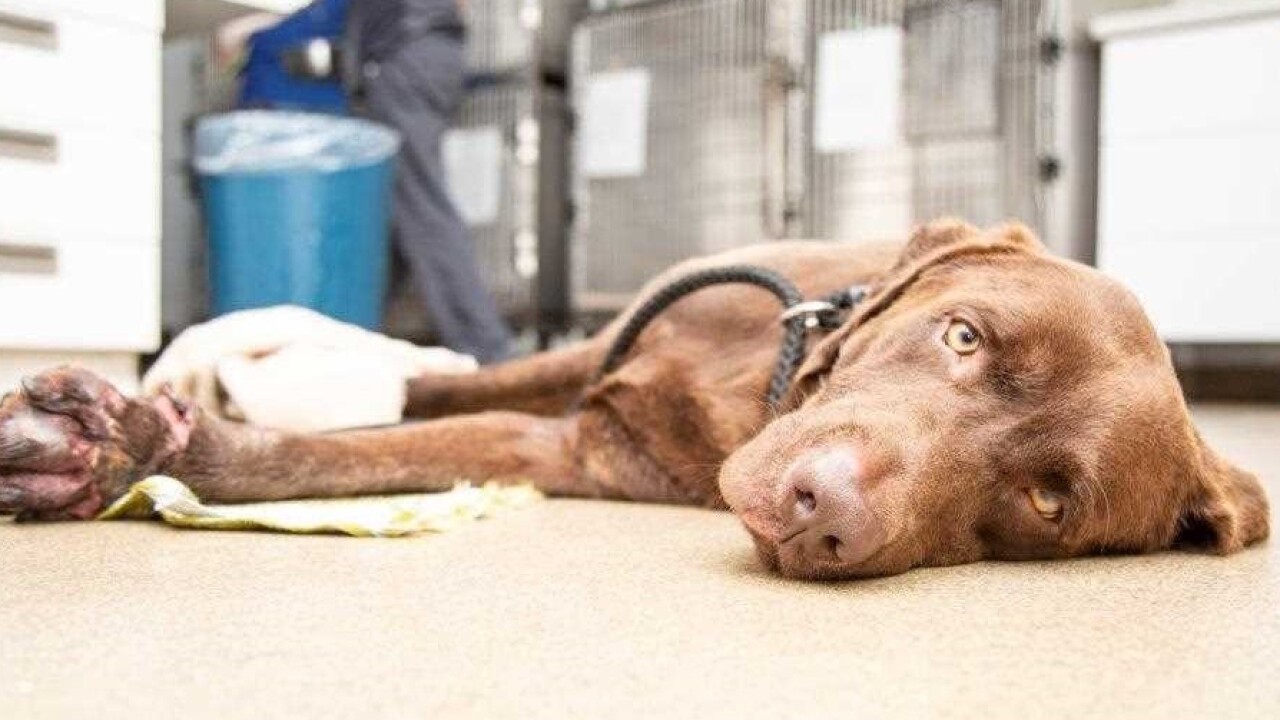 The Salt River Police Department (SRPD) is seeking the public's assistance finding a person who they say intentionally injured a chocolate Labrador Retriever so severely, the dog needed to be euthanized.

On Friday, July 19, SRPD says a Good Samaritan found the injured chocolate Lab in the area of Beeline Highway and McDowell Road and took it to the Arizona Human Society for treatment.

A veterinarian provided the pup with medical care, but determined "the dog's front paws had the circulation cut off for an extended period and due to the nature of the injuries had to be euthanized."

The two-year-old Labrador Retriever did not have a microchip or collar when he was found, police say.

According to police, injuries to the dog seemed to have been caused intentionally.

Anyone with information regarding this incident is asked to reach at to Salt River PD at SRPDPIO@SRPMIC-nsn.gov or to contact Silent Witness at 480-WITNESS or 480-TESTIGO for Spanish speakers.