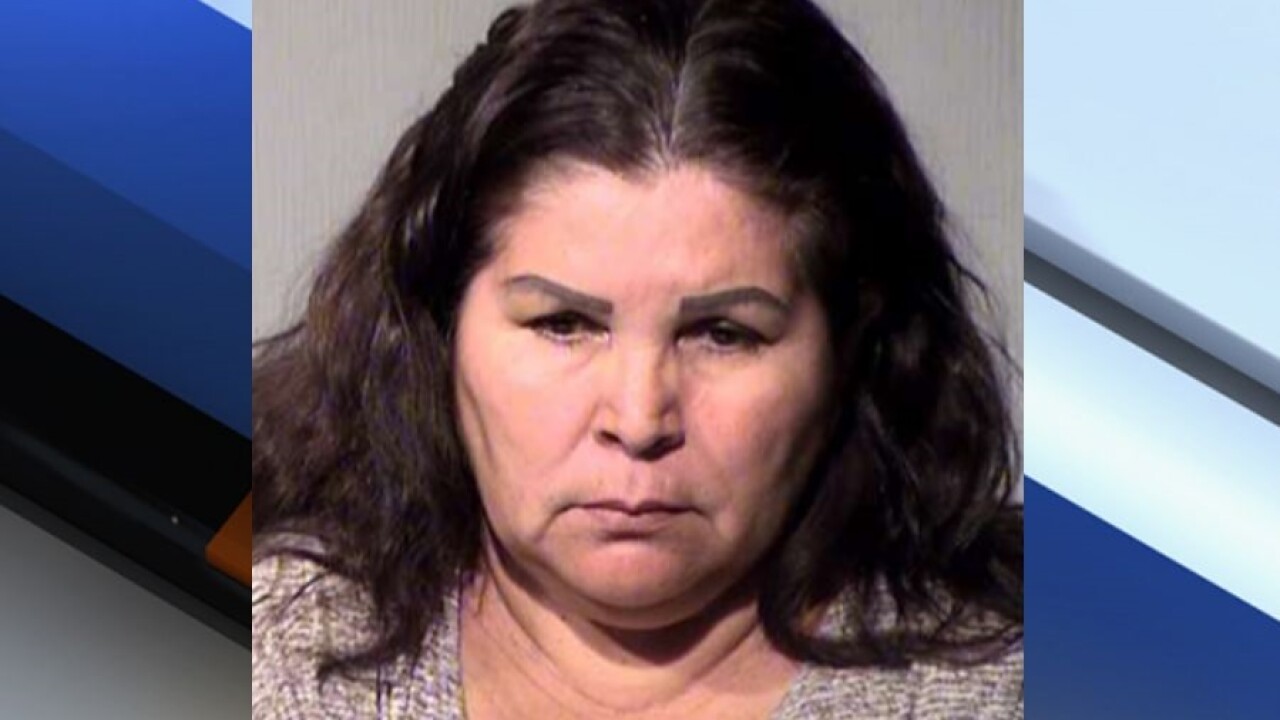 Mesa police report that on May 29 an undercover detective set up a drug buy with Consuelo Reyes Carrasco, 52, at a store parking lot near 32nd Street and Thomas Road in Phoenix.

Police say Carrasco, who is in the country illegally, met the detective and showed him the 5,000 fentanyl pills in her purse. He reportedly agreed to pay her $7 per tablet for a total of $35,000.

Upon her arrest, Carrasco allegedly told police that she was hired to deliver the pills and return home to pay her employer.

Police say no one was found at her home, but they did find meth and cocaine hidden in a hollowed-out propane tank. Court records say the drugs were all packaged for individual sale.

Carrasco has been charged with money laundering, drug possession, and narcotic drug sales.