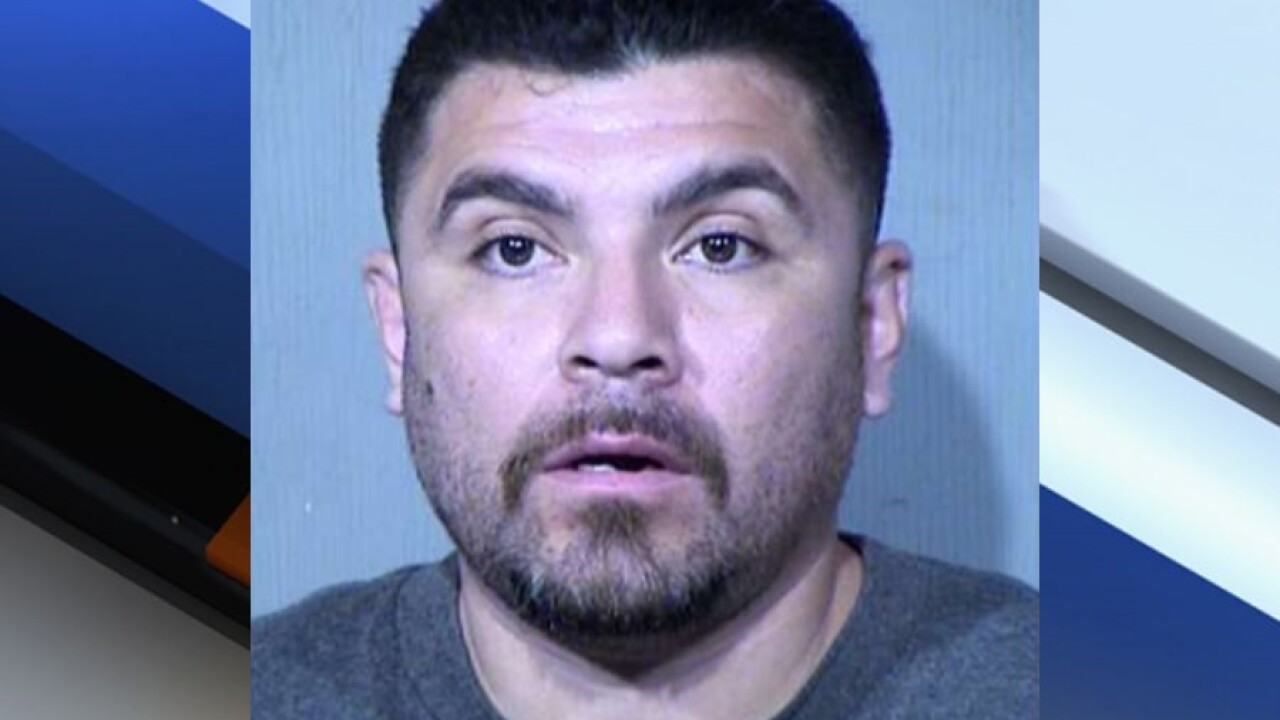 PEORIA, AZ — Police say a hit-and-run suspect was arrested while driving under the influence with a child in the car.

Peoria police report that on August 23 dispatchers received a call informing them of a hit-and-run crash at 67th and Peoria avenues. The caller was following the suspect, who was stopped by police two miles away.

Police say the driver, 35-year-old Michael Lee Anthony Dominguez, had just picked up his 9-year-old daughter from school before he was involved in the crash. A preliminary breath test recorded his blood-alcohol content at .267, more than three times the legal limit.

Dominguez reportedly accused the other car of hitting him and leaving the area. He also allegedly told police that he only drank one can of beer.

He has been charged with multiple counts of aggravated DUI.