Police: Arrests made in deadly Glendale shooting from September 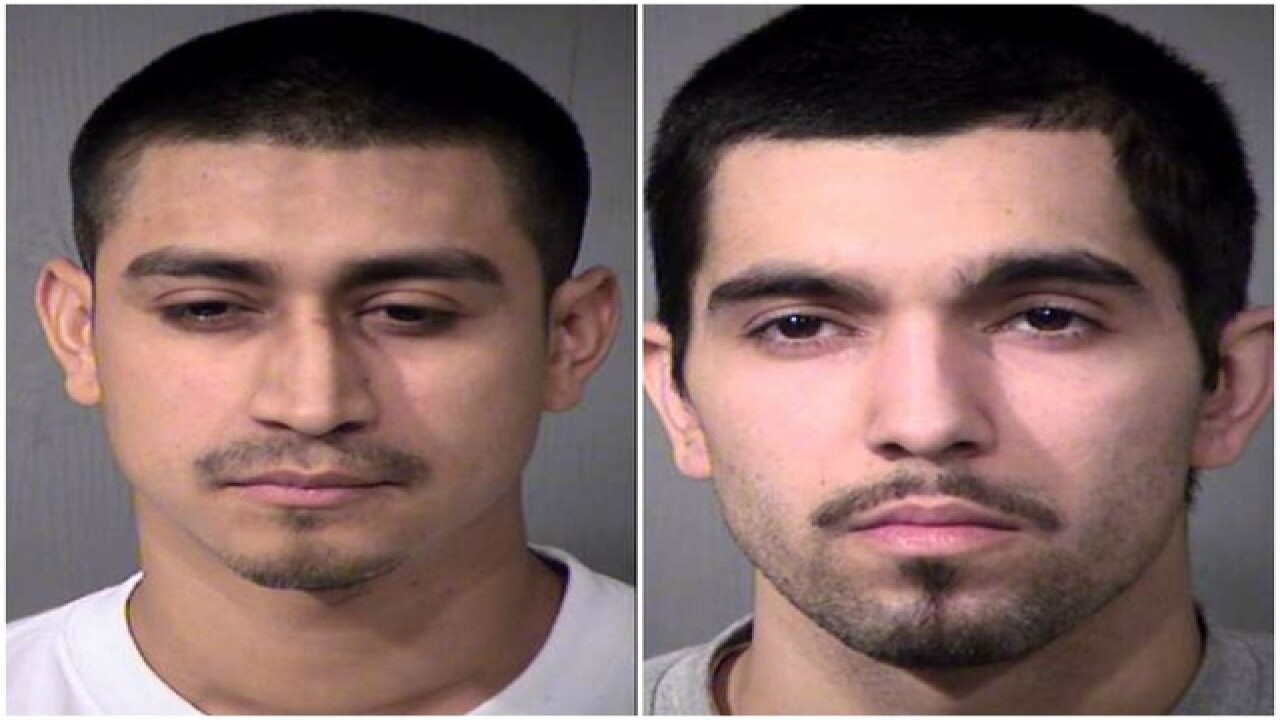 Glendale police have arrested two men they say are responsible for a fatal shooting in September in what police call "a coordinated plan."

Court records show that on September 17, near Glendale and 67th avenues, 31-year-old Robert Granado of Glendale was shot and killed overnight outside of a house party.

Police say Granado was shot and killed in front of the apartment on the sidewalk.  There was also another shooting in the nearby alley.

In the alley, Granado's brother was confronted by a man armed with a shotgun. When this man raised the gun, he was shot by Granado's brother who was also armed. This man was taken by his friends, loaded into a car and taken to the hospital.

After grabbing the shotgun, the brother reportedly heard gunfire back toward the house. He went back to find Granado shot and killed.

Resident Brady Baker told ABC15 at the time, "It sounded like it was right outside my window, so I jumped up and looked outside," Baker said. "All I hear is screaming, 'Ahh, help me, help me.'"

Police say they located a handgun in one of the cars that they pulled over as they were leaving the shooting scene. Later the DPS forensics lab matched the bullet removed from Granado to the gun seized by police.

That gun was found in possession of 25-year-old John Anthony Anguiano. Witnesses also identified him as the man who shot Granado. Police say another man, 25-year-old Angelo Vincent Mungia, was with Anguiano and "pointed a gun at two victims while threatening to have them shot by others."

Both Anguiano and Mungia were arrested on November 17 and charged with first-degree murder.