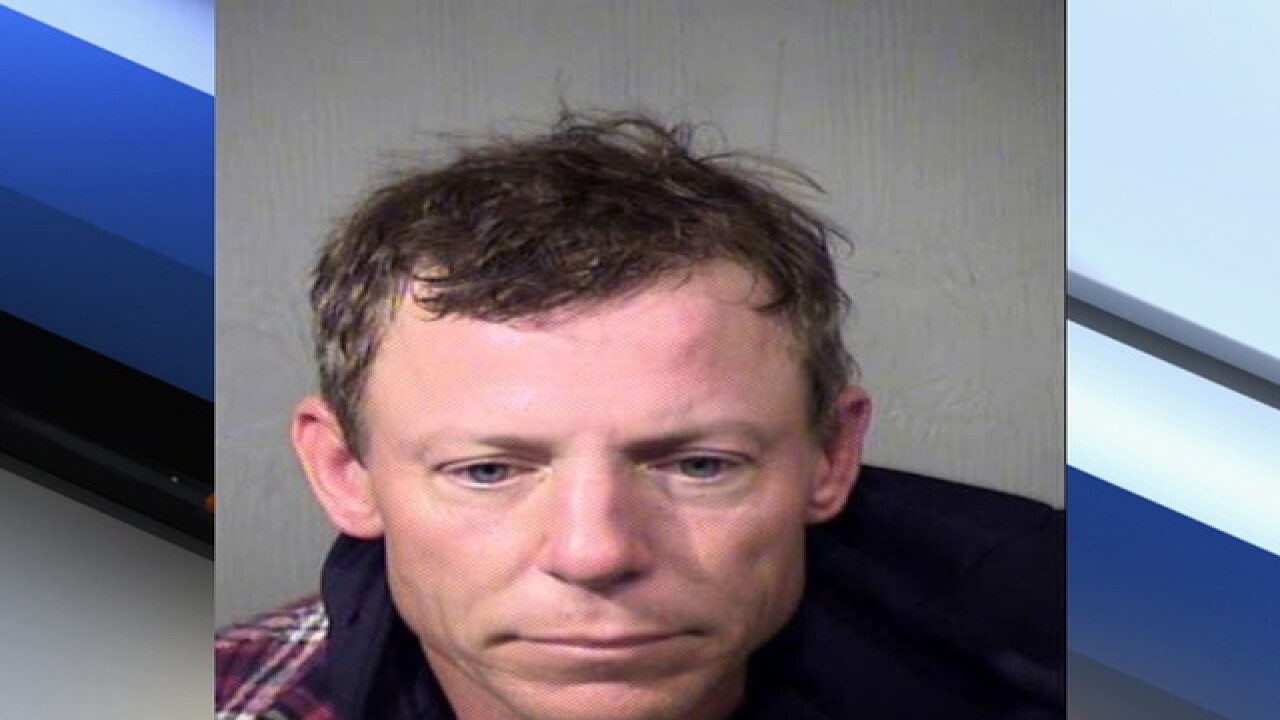 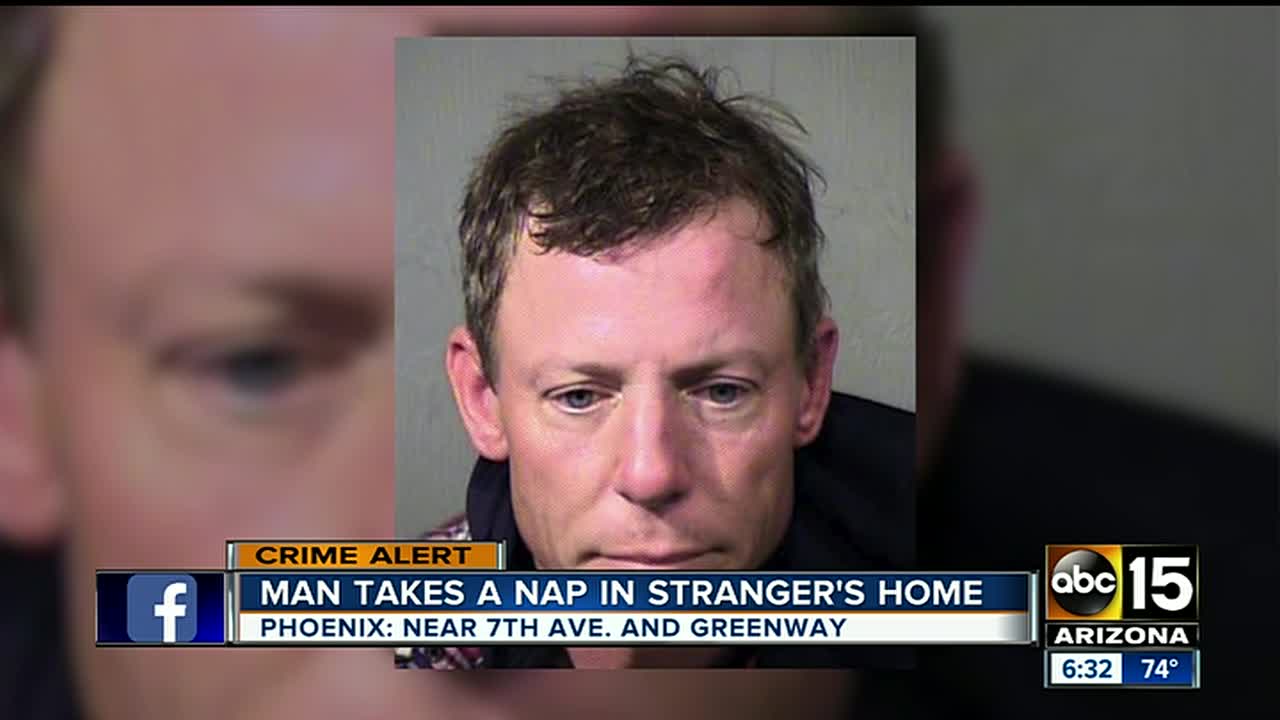 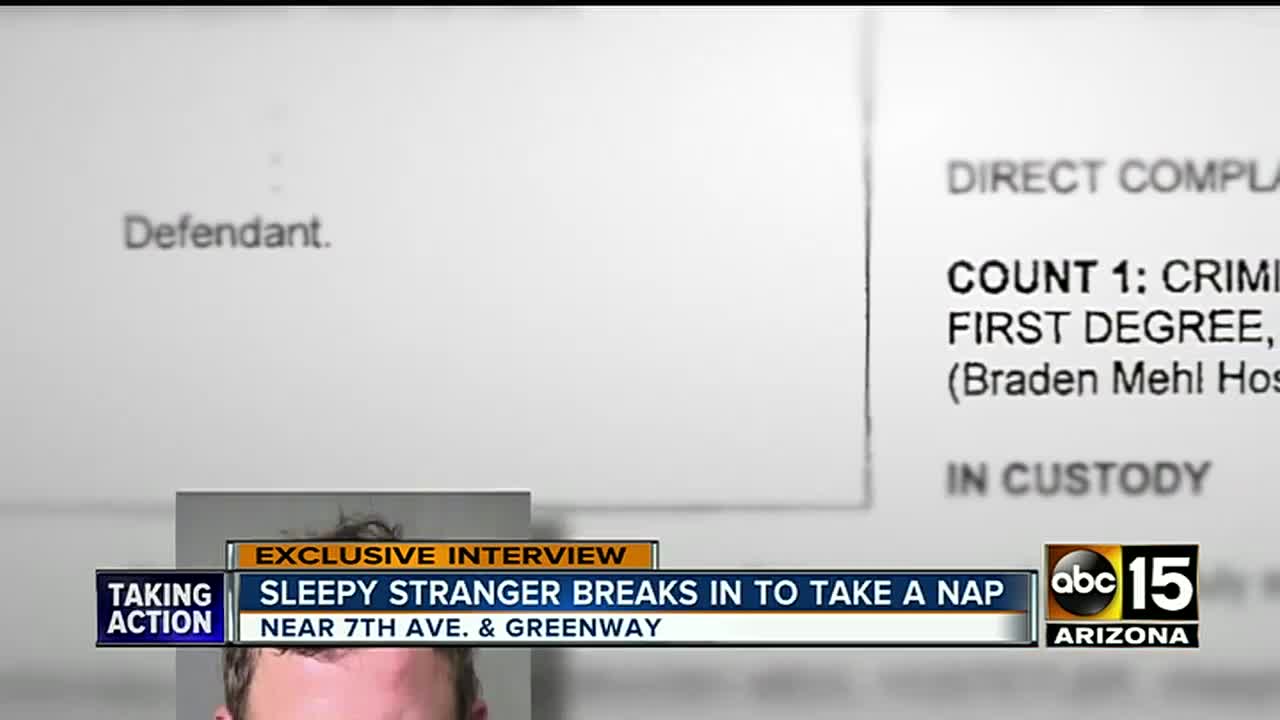 Police say a north Phoenix woman hid in her closet and called 911 after hearing a stranger in her home.

According to a Phoenix police report, on Feb. 2 around 1 a.m., police received a call from a woman at her home near 7th Avenue and Greenway Parkway.

The caller was hiding in her bedroom closet and reporting that someone had broken into her home, police said.

When officers arrived, they reportedly found 46-year-old Braden Mehl Hostetler sleeping on a couch in the woman's home.

Police say Hostetler, who is currently on probation for theft, was arrested without incident. At first, He allegedly told police that the house was his and then later said he went into the home to use the restroom.

Hostetler has been charged with criminal trespassing.