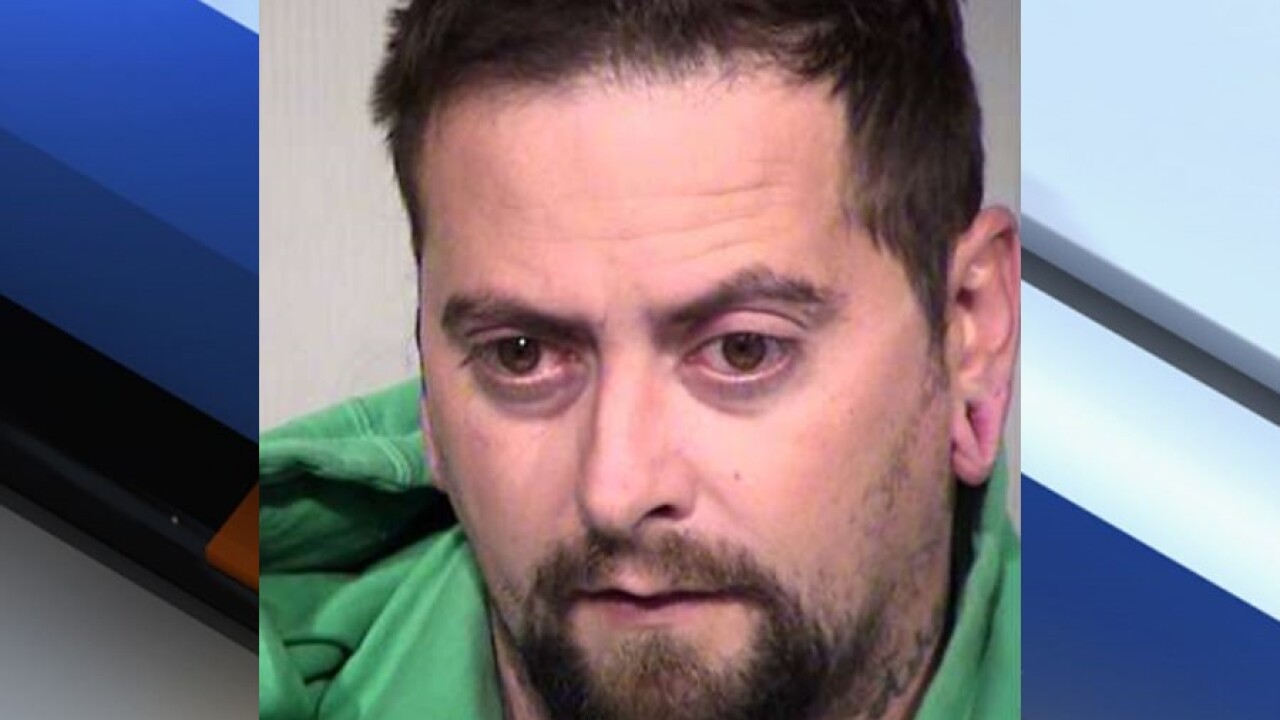 PHOENIX — A stranger allegedly hugged two teens, touched them sexually, then walked away with his infant, according to Phoenix police.

Phoenix police report that on December 14 around 7:30 p.m., a group of teenagers were standing outside an apartment complex near 83rd Avenue and McDowell Road.

A boy and girl in the group were hugging when a stranger pushing a stroller approached them and began hugging both of them.

The man, later identified as Joseph Levi Name, allegedly stood behind the boy victim and began grunting and thrusting his pelvis into the teen's backside.

He then reportedly stood behind the girl victim and did the same thing.

Name then allegedly walked away with his infant child.

Police say the teens and an adult witness were able to Identify Name as the suspect.

Name has been charged with aggravated assault.