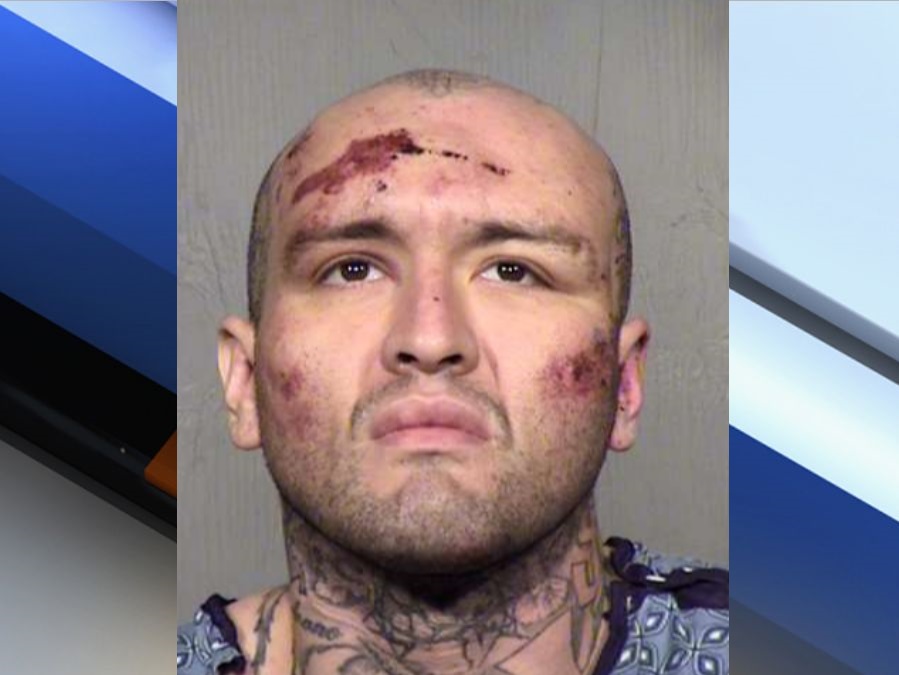 A man in a cape and mask fought with police officers during a DUI arrest. 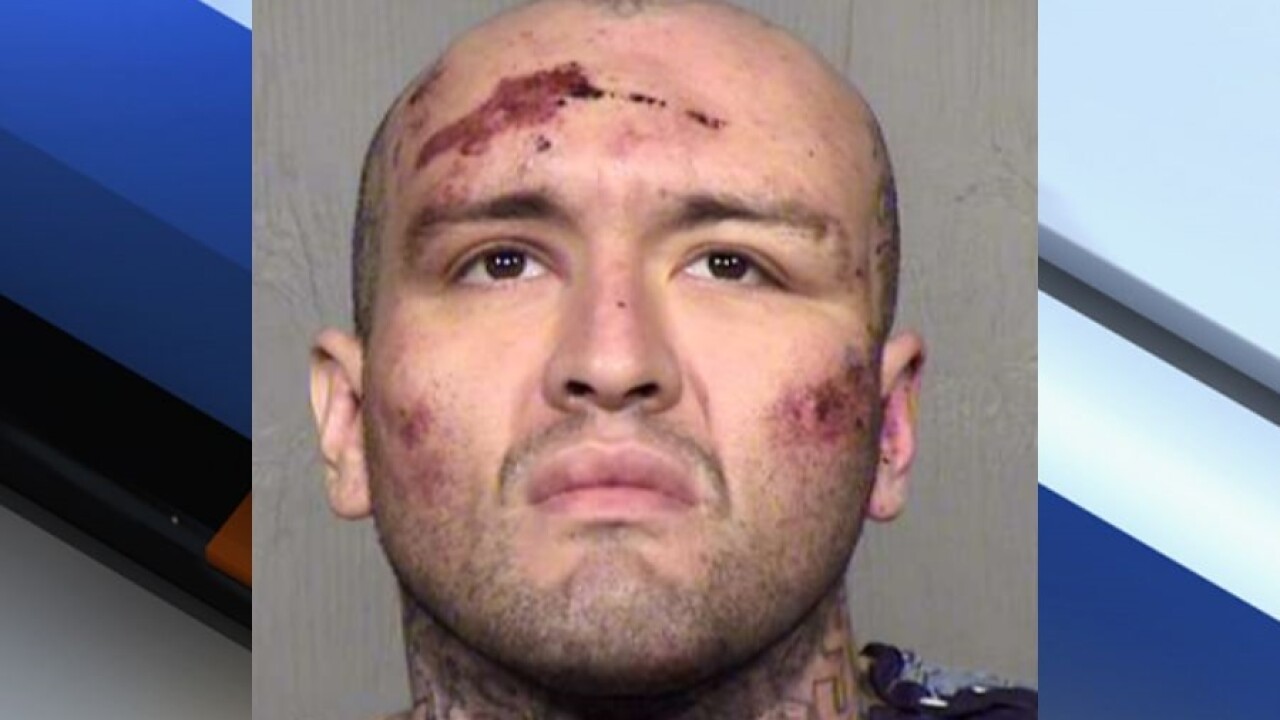 PHOENIX — A man in a cape and mask fights with police officers during a DUI arrest.

Phoenix police report that on June 1 officers noticed a parked vehicle with its engine running at Esteban Park near 32nd Street and Southern Avenue.

Inside the car, slumped over the steering wheel, was a man wearing a black mask and cape. Police say he appeared to be intoxicated and reportedly saw 'open large sized beer can' in the vehicle.

After the suspect, Diego Hanze was removed from the car, he head-butted the officer and tried to grab the officer's gun, police say. Other officers jumped in to assist in bringing Hanze under control. Hanze allegedly bit one officer during the altercation.

Hanze reportedly continued his aggressive behavior at the hospital and was taken from the hospital the next day. While inside the elevator, Hanze allegedly slipped out of his handcuffs and attacked the officer and the armed security guard who were escorting him. He again made attempts to get the officer's and guard's firearms.

Additional officers assisted in subduing Hanze and carrying him to a police car.

Hanze has been charged with DUI, resisting arrest, and multiple counts of aggravated assault.