PHX PD: Another arrest made in 2014 ax murder of Aryan Brotherhood member 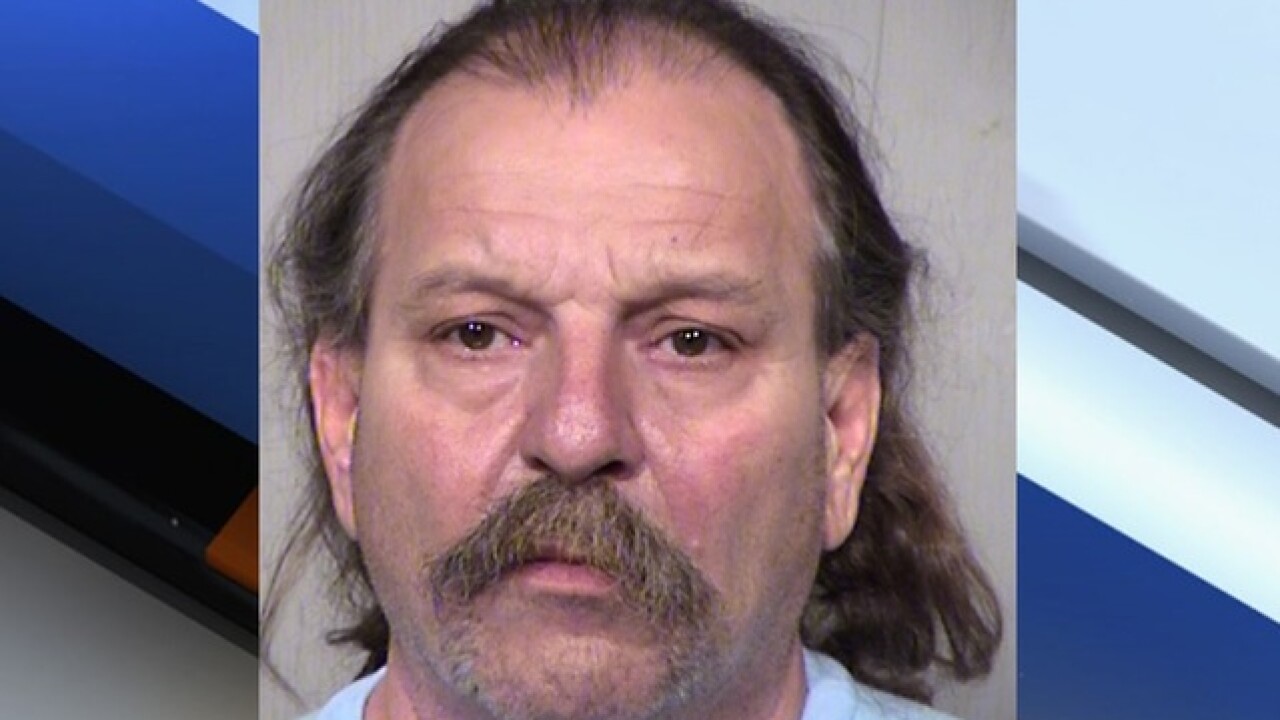 Copyright 2018 Scripps Media, Inc. All rights reserved. This material may not be published, broadcast, rewritten, or redistributed.
MCSO
<p>Charles Robbins</p>

A man was arrested Wednesday for his role in a 2014 ax murder involving a fellow member of the Aryan Brotherhood.

In April 2014, Joshua Calkins was bound and brutally beaten over several hours with an ax, near 59th Avenue and Camelback Road.

Detectives believe The Aryan Brotherhood put a “green light” on Calkins when he robbed a fellow member after a break up with a female member.

Court documents show that in 2014 police arrested Christopher Mason for the assault. He is still awaiting trial.

In February police interviewed another witness who reportedly told police that Robbins showed up at the home and was angry that Calkins was still alive, so he snapped his neck.

He then assisted in disposing of the victim’s body.

Robbins is being held on a $1 Million bond for first-degree murder and other charges.