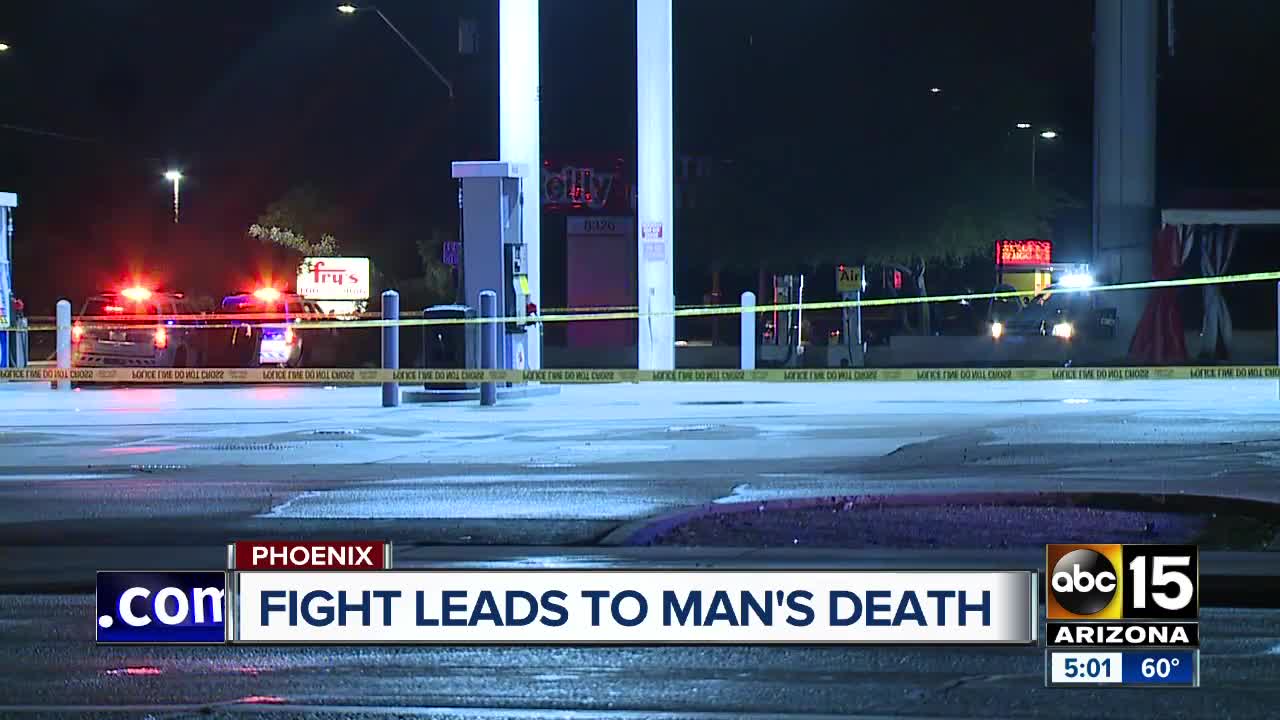 The Phoenix Police Department is conducting a homicide investigation after a man was found with gunshot wounds near 83rd Avenue and Indian School Road early Sunday morning. PHOENIX — Police are searching for suspects after a man was fatally shot in the parking lot of a west Phoenix bar.

They say officers arrived at the scene around 2:30 a.m. Sunday to find 33-year-old Marlon Cruz Isaguirre on the ground with multiple gunshot wounds.

He was taken to a hospital, where he was later pronounced dead.

Police say Isaguirre was involved in a verbal altercation at the bar with two men.

Isaguirre reportedly didn't like how the two suspects looked at him, and words were exchanged.

Police say the victim was later confronted by the men, who were in two separate vehicles.

More words were exchanged, and police say the two suspects started driving away while firing guns at the Isaguirre.

When he tried to run away, he was struck multiple times by gunshots.