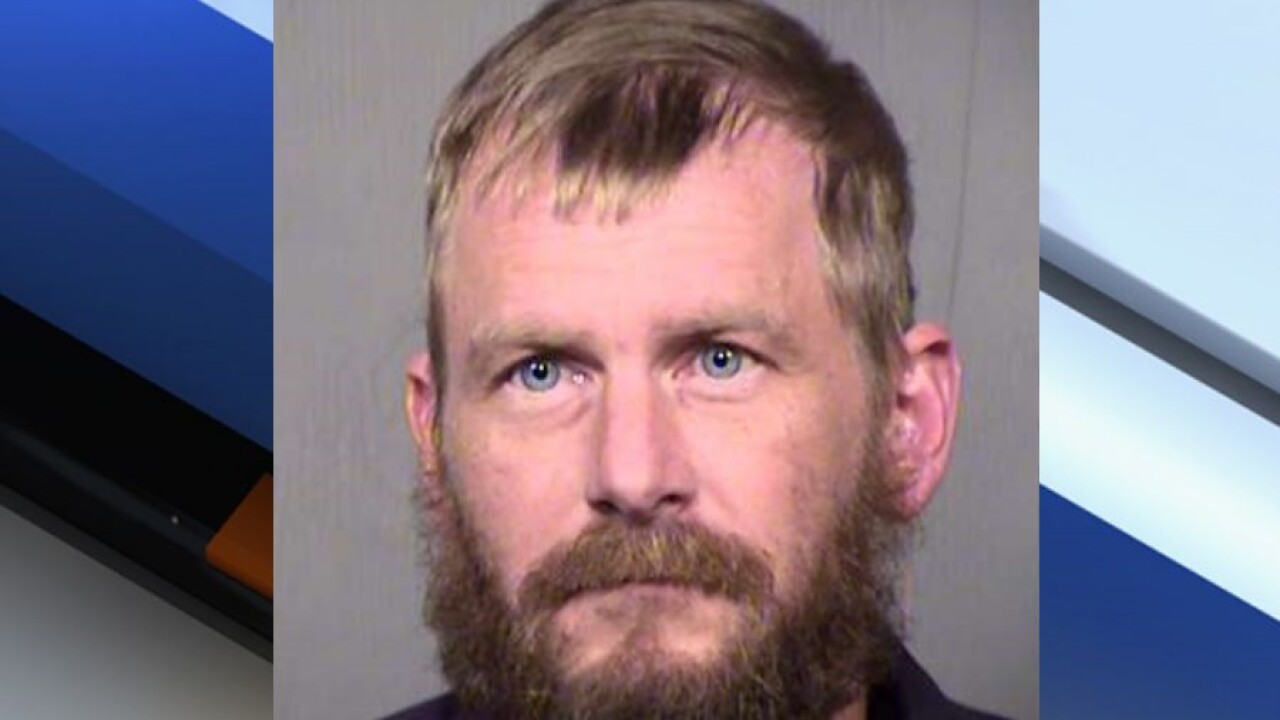 PEORIA, AZ — Witnesses reportedly stopped a man trying to take back his repossessed truck in Peoria.

Police say Barr's truck was lawfully repossessed and secured to a tow truck near 91st and Grand avenues. Barr then jumped into the driver's seat, put the truck in gear, and tried to "forcefully drive away."

Barr reportedly caused about $1,000 in damage to the tow truck.

Court records show that nearby witnesses removed Barr and the keys from the truck. There were no reports of injuries from the incident.