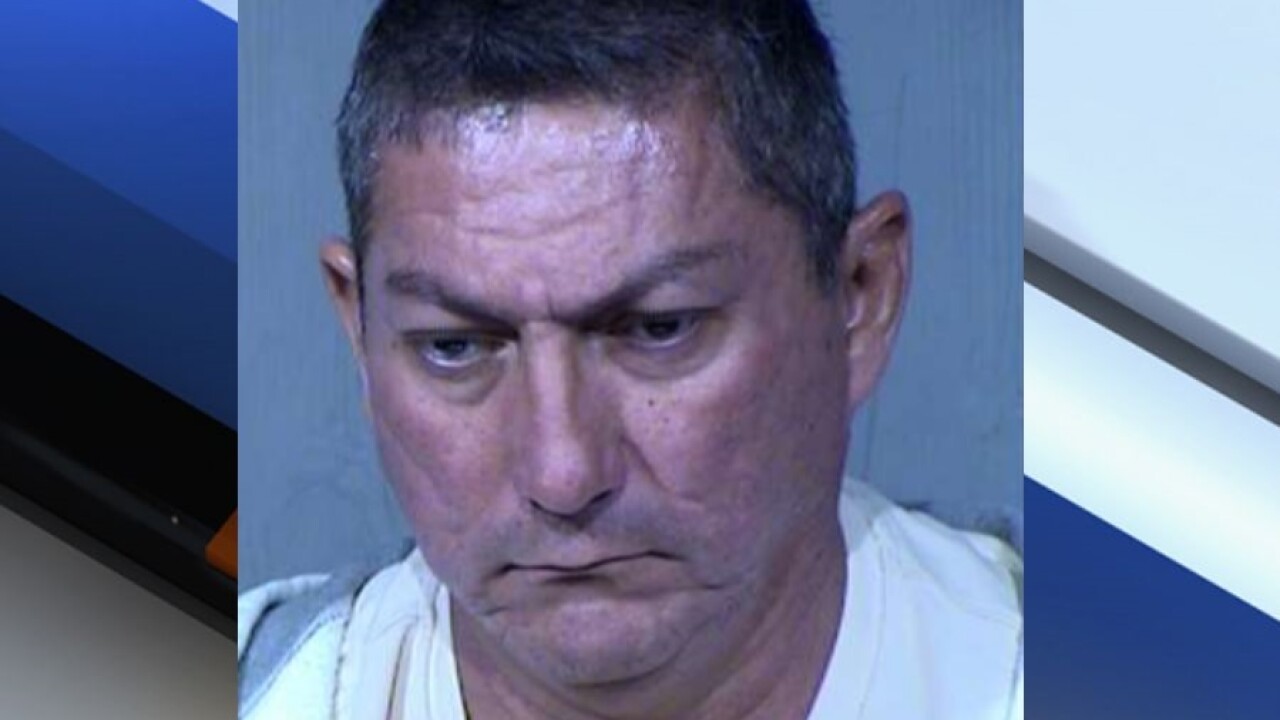 PEORIA, AZ — A Gila River fire captain has been accused of molesting a child on multiple occasions.

Peoria police report that on December 12, they arrested James Allan Blair, 54, near 75th Avenue and Bell Road on accusations of molesting an 11-year-old girl in 2011 after watching a movie.

Investigators say Blair molested the same girl six years later after giving her a foot massage. In this instance, the victim reportedly told police "she was frozen for a minute or two until the shock kicked in and she got away from him," Police say the girl ran upstairs with her phone and blanket and hid in a closet.

In a recorded phone call Blair reportedly said, "he was tired and got off shift," he stumbled after giving her a foot massage and reached out to grab something so he wouldn't fall.

Upon his arrest, Blair made no statements to investigators.

According to court records, Blair has been a fire captain with the Gila River Fire Department for the past 21 years.

He has been charged with two counts of child molestation.