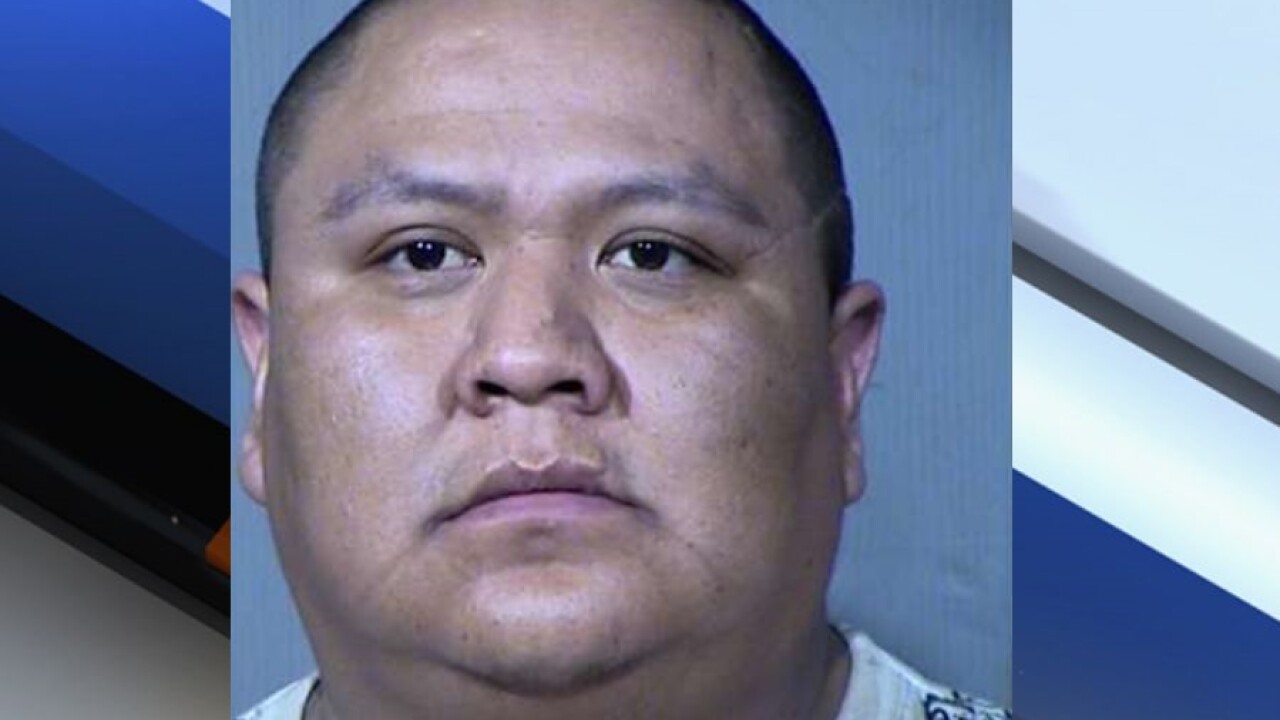 CHANDLER, AZ — A group of construction workers jumped into action to stop a guy trying to steal their work truck.

Chandler police were called to a construction site on January 3, near Arizona Avenue and Warner Road, where authorities say workers detained the suspect, identified as 30-year-old Cody Begay.

According to authorities, Begay was walking around the parking lot trying to talk with the workers but was ignored by them because he appeared intoxicated. That's when police say he got into the driver's seat of a white work van and started driving through the parking lot eventually hitting a Toyota pickup truck.

During the incident witnesses attempted to jump into the moving van to stop Begay. Immediately after the crash they were able to put the van in park and pull Begay out and hold him down until officers arrived.

Begay, who is from Holbrook, Arizona, is charged with auto theft.