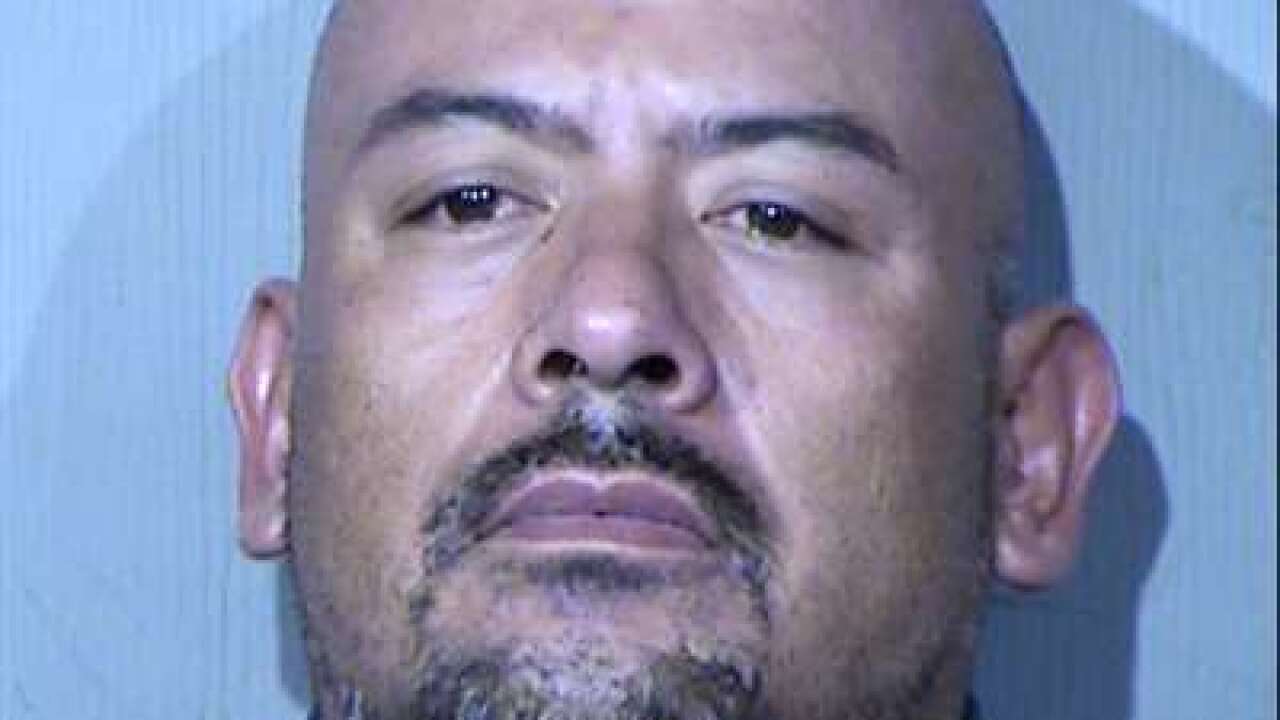 PHOENIX — A woman was sexually assaulted in the parking lot of a central Phoenix grocery store, according to court records.

Phoenix police report that on the afternoon of October 27, a man, later identified as Jorge Armando Fierro-Bustos, 44, was following a woman inside the Los Pinos Carniceria near 27th Avenue and Camelback Road.

Busto followed the woman outside and "forcefully fondled her," according to police.

A witness reportedly got the license plate number of his car as he left.

On November 8, Bustos was located and arrested. Police say he gave them a false identity; however, a fingerprint check revealed his actual identity.

Court records show that police found a glass pipe and 28 loose yellow pills in the car.

Bustos has been charged with sexual assault.