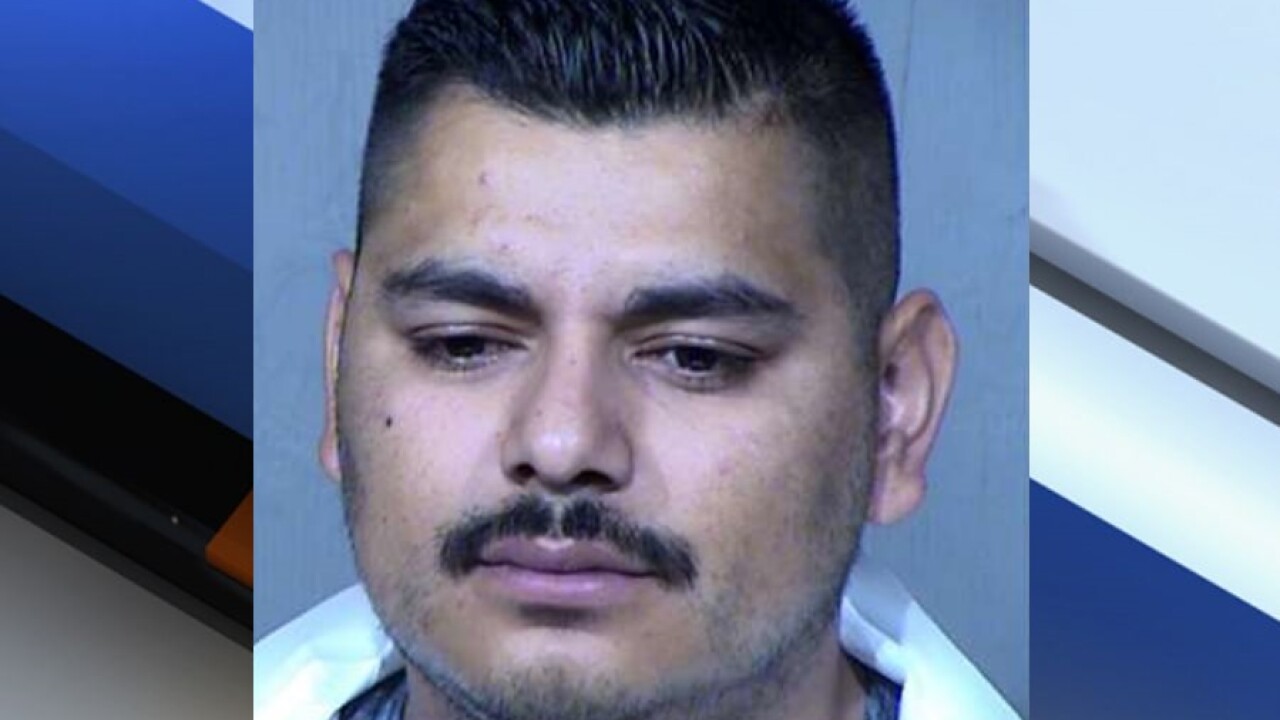 TEMPE, AZ — A woman and her infant were held at gunpoint during a Tempe home invasion.

Tempe police report that on September 6, Hugo Urena Castro and another unidentified suspect forced themselves into a home near Mill Avenue and University Drive.

Castro allegedly held a woman and her 5-month-old child at gunpoint while the other suspect robbed the home of jewelry and electronics.

The suspects ran away when the woman's boyfriend returned home, leaving their car running behind the home. Police reportedly found Castro's personal information in the car and used it to get an identification from the victim.

A week later, detectives with the Arizona State Gang Task Force located and arrested Castro near 19th Avenue and McDowell Road in Phoenix. Castro allegedly admitted to his involvement saying they watched the home and waited until the boyfriend left before committing the robbery.

He is being held on a $100,000 bond on various charges, including armed robbery, kidnapping, and aggravated assault.