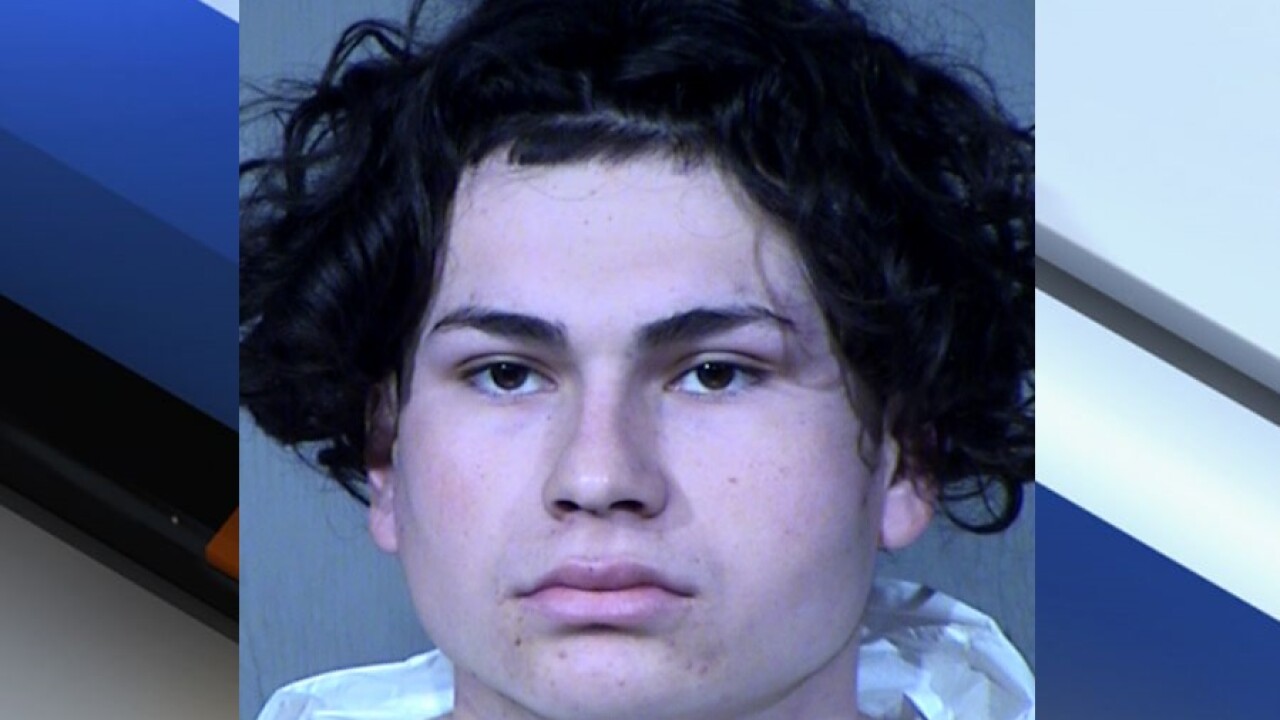 Tempe police report that on January 5 around 2 a.m., 19-year-old Kolton Bryan Dowdle entered a smoke shop near McClintock and University drives wearing beanie that only revealed his eyes through a slit.

Dowdle reportedly asked a store employee for blunt wraps and vape pens before he was asked to remove his beanie. Instead, Dowdle allegedly placed his hand on a handgun in his waistband and said, "Give me what I want, or I'm gonna shoot this place up."

Police say two witnesses walked into the store just as Dowdle was yelling and heard the clerk shouting, "He's robbing us!"

The witnesses and the clerk reportedly fought with Dowdle in the parking lot, with one witness getting the handgun away from him.

Dowdle managed to escape; however, the fight was seen by an officer who saw Dowdle run away. Officers soon located him hiding in a truck parked in a neighborhood behind the business.

Police say the gun was not loaded.

Dowdle has been charged with attempted armed robbery and aggravated assault.