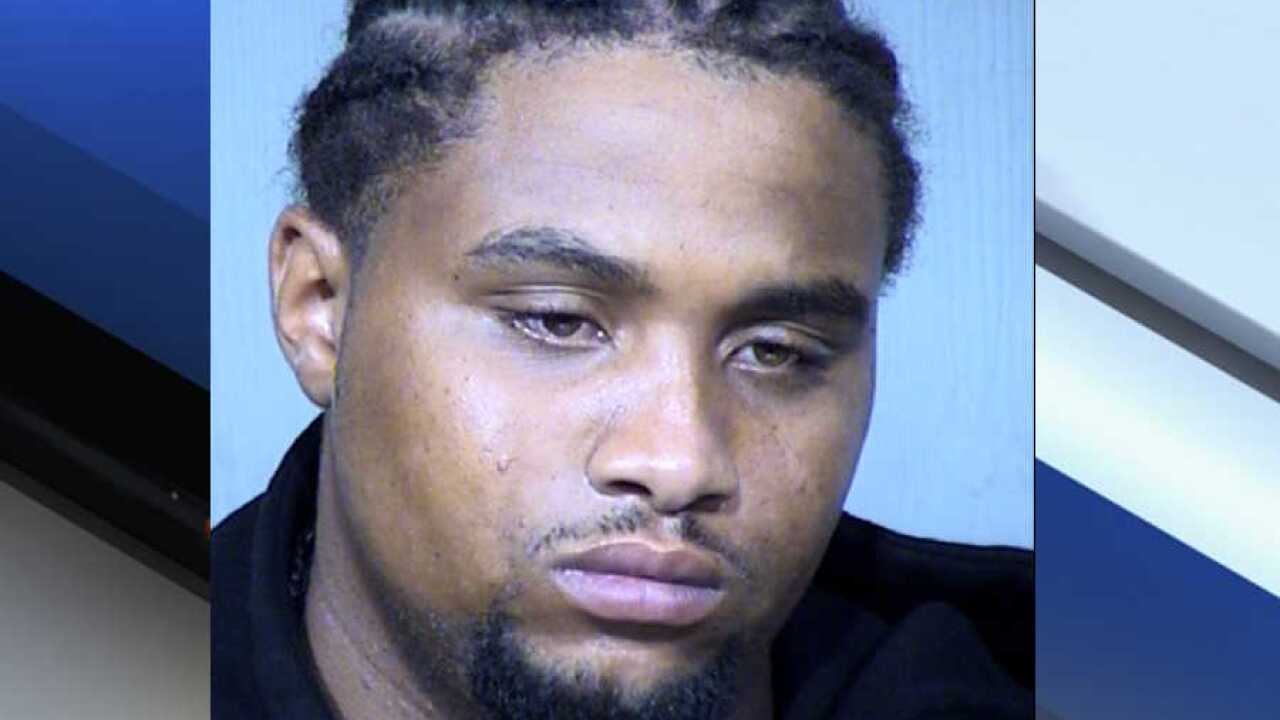 PHOENIX — Two men were arrested by Phoenix police early Thursday morning after allegedly kidnapping a woman and fleeing from officers on Loop 202 at Dobson Road.

According to Phoenix police, they responded to the area of 27th and Missouri avenues after a caller indicated they saw a "male subject forced a female into a vehicle."

A description of the vehicle was given to police, and the Phoenix Police Department's Air Unit was able to locate the vehicle traveling southbound on Interstate 17, police say.

Police say they followed the vehicle to L-202 and Dobson Road, where officers "used a mechanical device to stop the vehicle."

Two men allegedly jumped out of the vehicle and fled into a parking lot where they were later apprehended, police say.

"During the investigation, Officers determined that the kidnapping was related to ongoing criminal activity between the suspects and a relative of the kidnapped victim," Detective Luis Samudio of Phoenix Police Department said. "The suspects attempted to extort the victim."

At this time, the identities of the alleged kidnappers are not available.