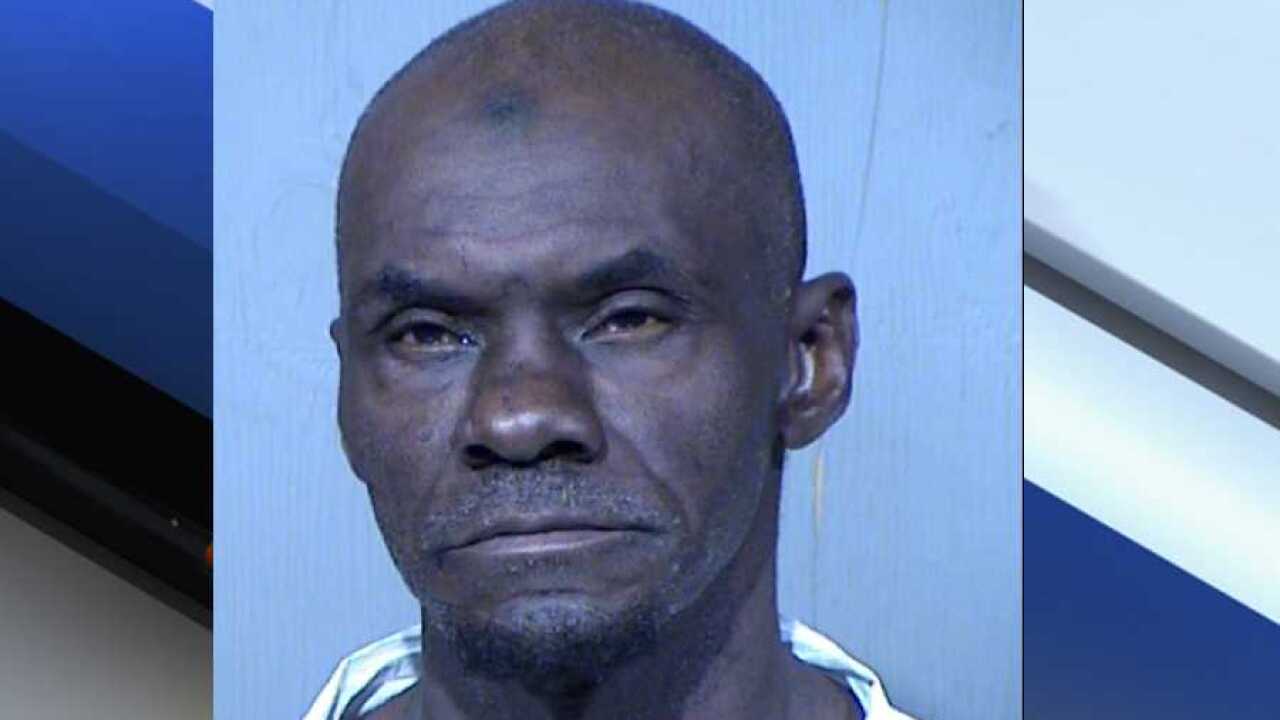 PHOENIX — Two people were critically wounded after they were stabbed outside a Circle K located near 40th Street and McDowell Road Friday evening.

According to Phoenix police, a 49-year-old woman and 53-year-old man were walking away from the convenience store around 6:30 p.m. when the suspect, identified as 59-year-old Gregory Cudjo walked up to the woman from behind and stabbed her.

The woman reportedly screamed she had been stabbed and ran across the street to an apartment complex to get help.

The man saw his girlfriend had been stabbed and tackled Cudjo to the ground, police say. During the altercation, Cudjo allegedly stabbed the man multiple times.

Phoenix police officers conducting a separate investigation nearby heard the woman screaming and found her at the apartment complex with stab wounds.

When police arrived on scene, they say they found Cudjo standing over the male victim with a knife. After directing Cudjo to drop his weapon, officers took him into custody.

Investigators say the male and female victims had been involved in a dispute with Cudjo earlier in the day.

Cudjo was booked into the 4th Avenue Jail on two counts of aggravated assault.