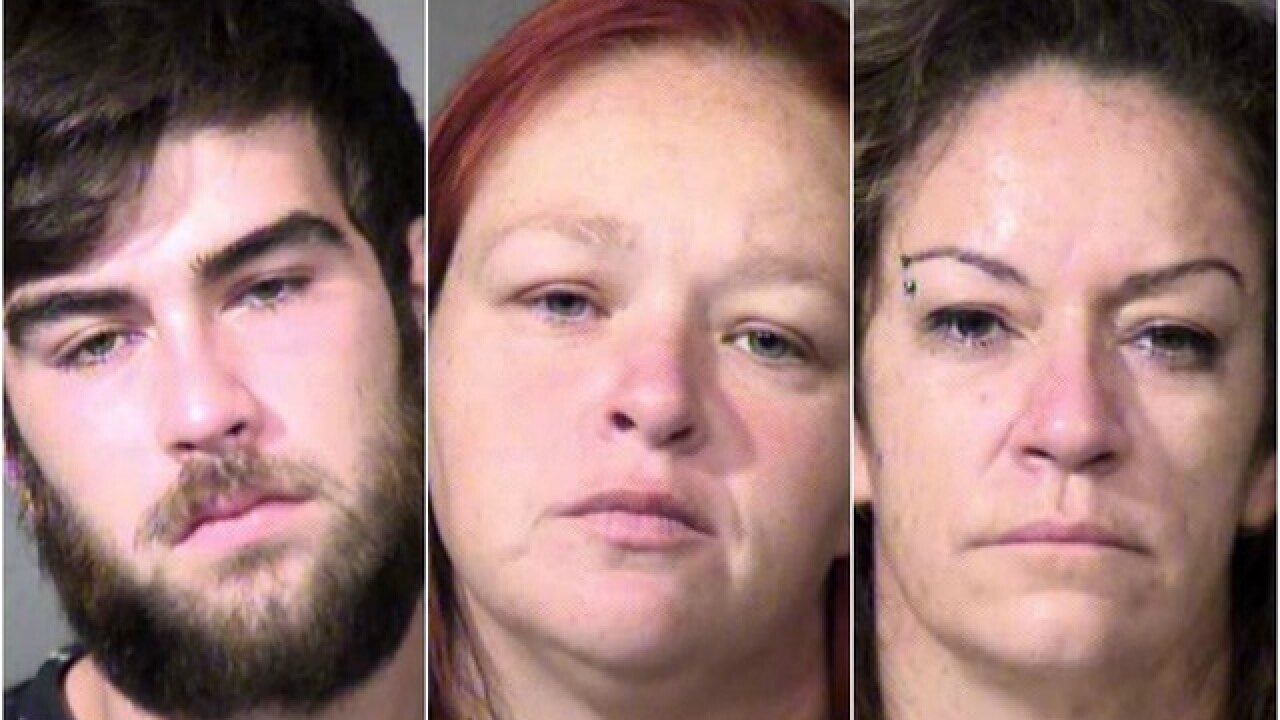 A man and two women have been arrested and are believed to be responsible for as many as 25 Scottsdale burglaries over the past three months.

Homes in the area have reportedly been burglarized of electronics, jewelry, and guns. As police investigated, they found many of the stolen items pawned at area pawn shops by 23-year-old Donovan Scott Driver and 32-year-old Jeda Marie Padilla.

On February 13, police watched as Padilla and Driver drove through neighborhoods in the south Scottsdale area with another woman, later identified as 42-year-old Andrea Donna Brennan. Police say they stopped at a house near Pima and McDowell roads, where Driver allegedly entered the home and was seen taking two guitar cases out of the residence.

Scottsdale Police later caught the three as they were pawning the guitars at a nearby shop.

After their arrest, Padilla reportedly told police that Driver committed about 25 burglaries in Scottsdale and she would pawn the items for cash to support their heroin addictions. Brennan allegedly admitted to being in the car during the robberies and was on felony release following an arrest for retail theft.

All are being charged with the one burglary as Scottsdale police continue to investigate their connections to other thefts in the area.