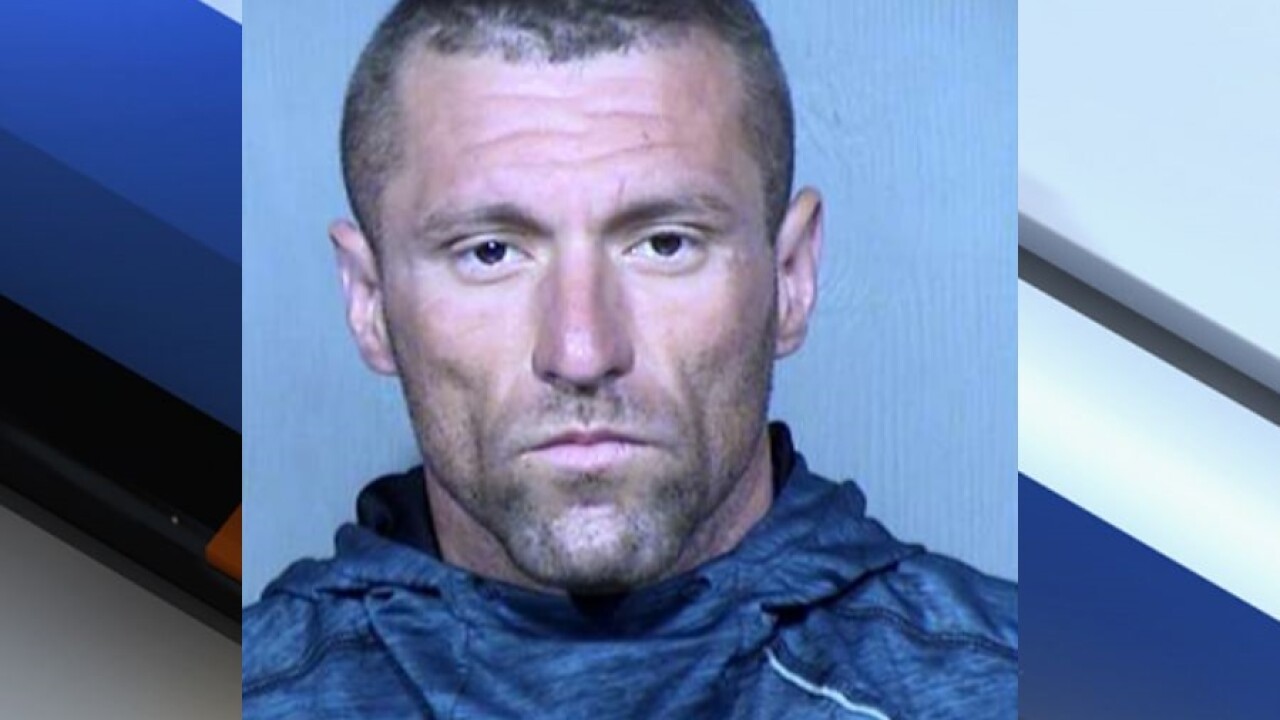 MESA, AZ — A trespasser was arrested after building a gym and boxing ring inside a museum storage building in Mesa.

Mesa police report that on September 3 they arrested Anthony Glenn Schweinister, 33, at a City of Mesa building near Center and Main streets.

Police say Schweinister broke into the building using bolt cutters and returned to the building on numerous occasions. The city is using the building as storage for the Arizona Natural History Museum.

Inside the building, Schweinister allegedly built a boxing ring and made a skull out of items on the floor. He also spray painted a giant skull on the floor, according to court records.

Prosecutors say Schweinister did over $2,000 in damage to the building and artifacts.

Upon his arrest, Schweinister allegledy admitted going to the building "numerous times to build his gym."

He has been charged with burglary and criminal damage.