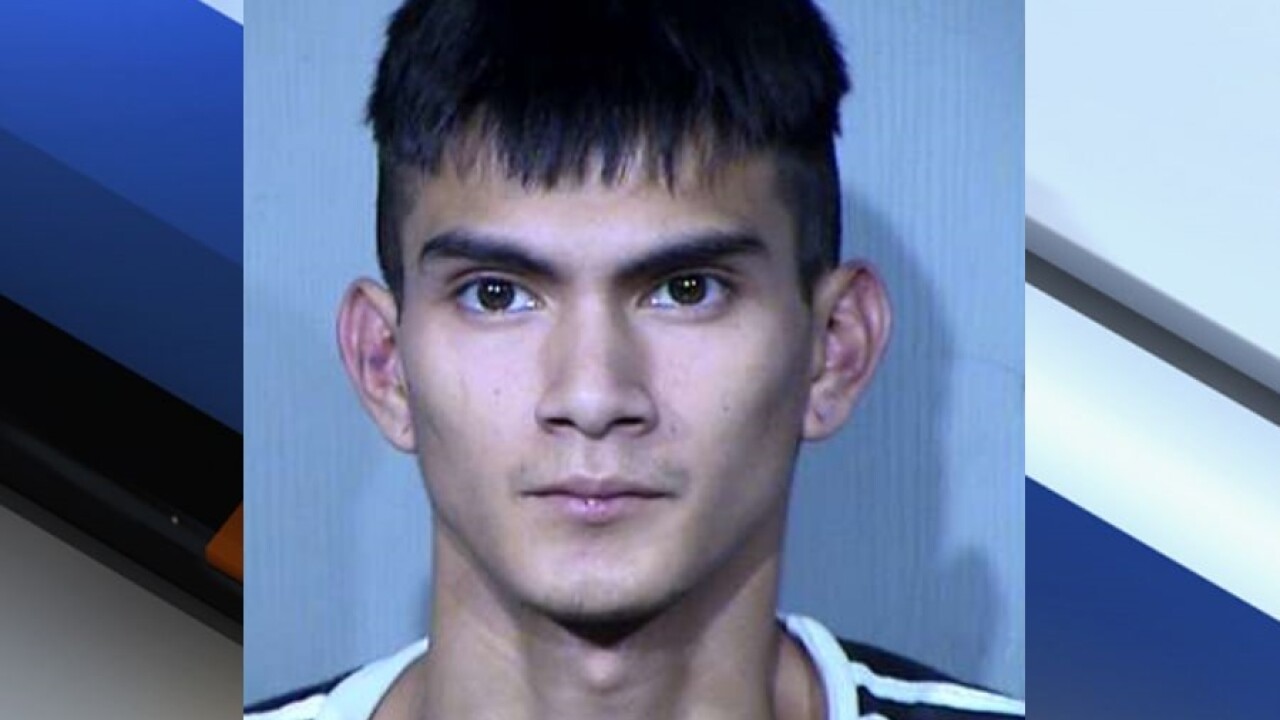 TEMPE, AZ — A man is accused of trying to headbutt and drown a young teen in a Tempe apartment complex pool.

Tempe police report that on September 15, officers responded to an apartment complex near Mill Avenue and Baseline Road for a reported assault.

Police say a 14-year-old boy was confronted in the pool by 20-year-old Juan Alexis Garcia Reyes who attempted to "headbutt" the boy. Reyes then allegedly held the boy underwater for about 30 seconds before Reyes let him go. The victim fled the pool area with Reyes chasing him until the boy got to his apartment.

Police say they found a witness who saw the assault from his patio and ran down to try and help the boy.

When police interviewed Reyes, they say he admitted to confronting the boy and pushed him but denied headbutting him and holding him underwater.

He has been charged with aggravated assault, resisting arrest, and criminal damage.