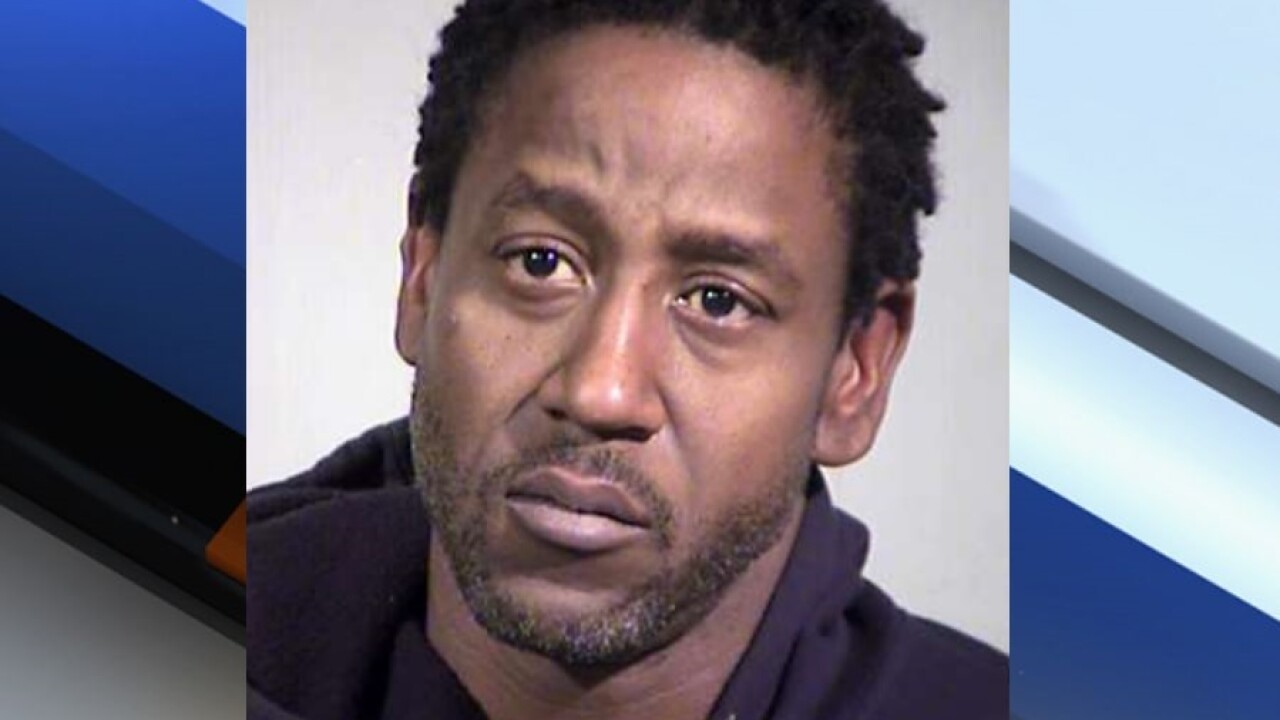 TEMPE, AZ — A man with "numerous DUI arrests" tried to switch seats with his passenger before being arrested by police, according to court documents.

Tempe police report that early Saturday morning they pulled over a vehicle near Lakeshore Drive and Baseline Road, for failing to stay in their lane.

Police say the suspect, 40-year-old Terrell Maurice Ray, switched places with his passenger when the vehicle came to a stop.

Police allegedly found an open container of alcohol in the vehicle.

Ray was driving on a suspended license for "numerous DUI arrests" and previously served two-and-a-half years in prison for aggravated DUI.

Upon his arrest, Ray reportedly admitted to switching seats, saying he didn’t want to go back to prison.

He also allegedly admitted to drinking three-quarters of a whiskey bottle before he was pulled over.

He's been charged with aggravated DUI.