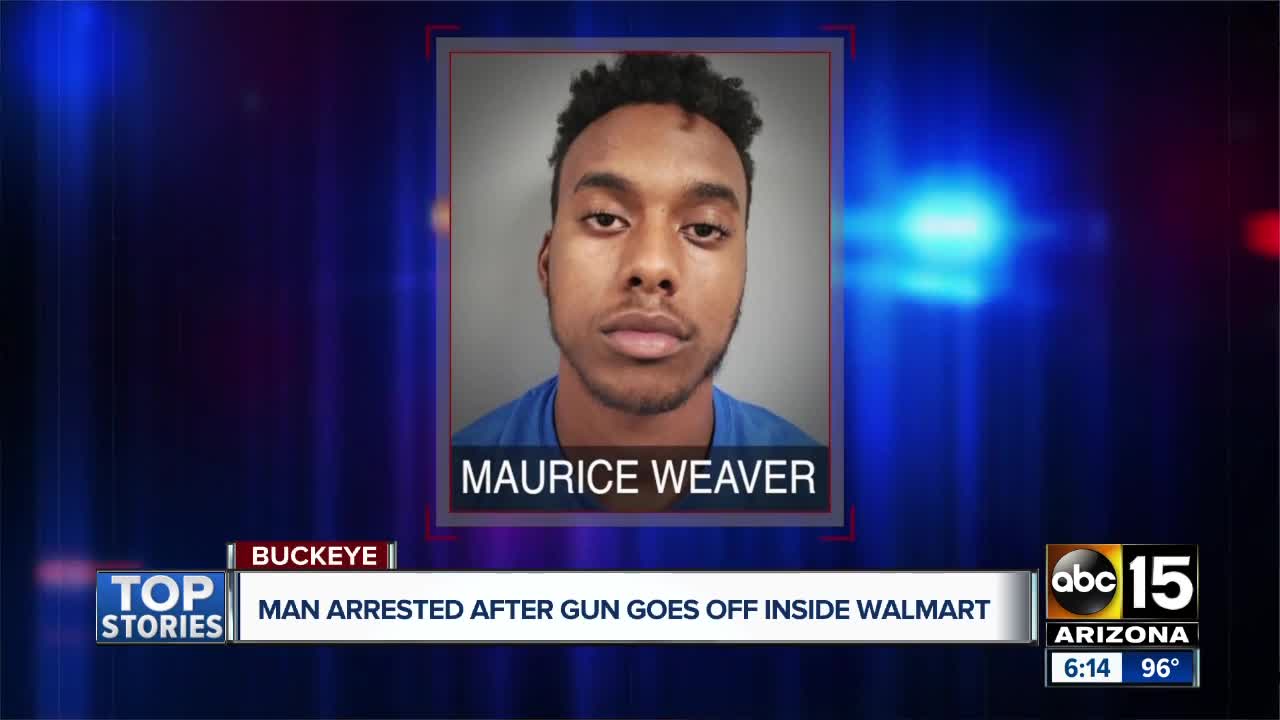 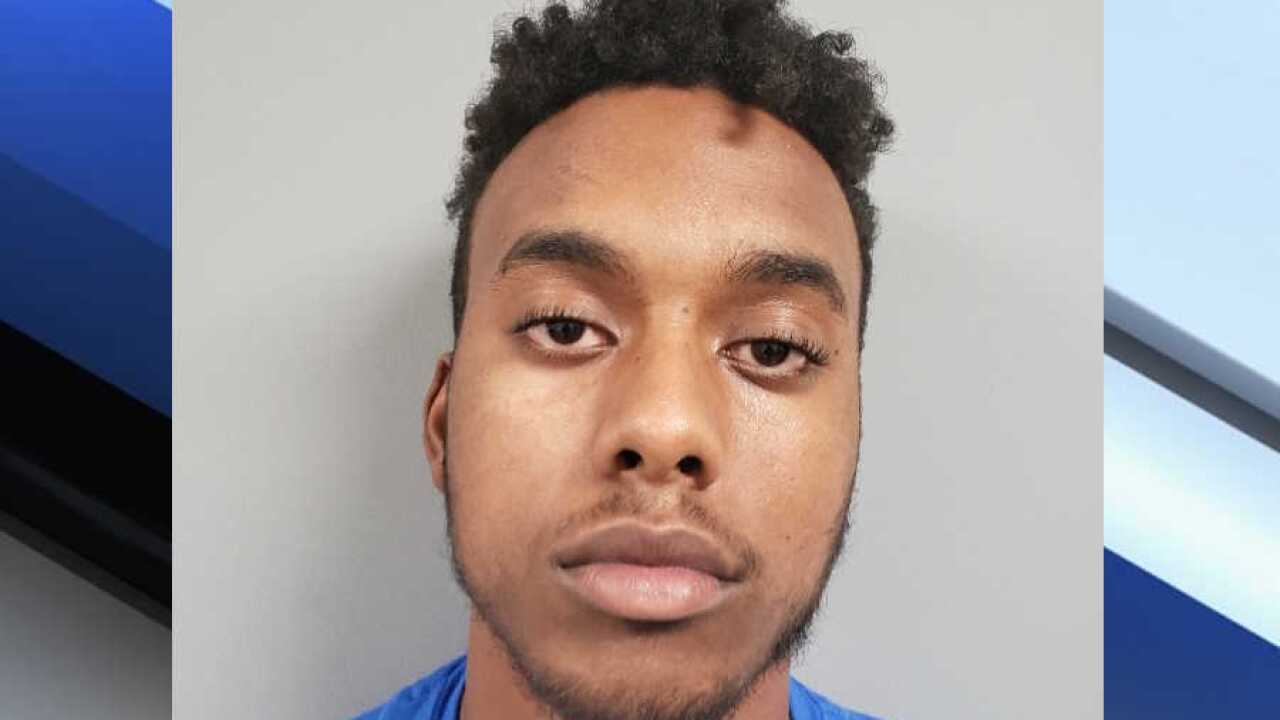 BUCKEYE — An 18-year-old man was arrested Sunday after the gun he was carrying in his pocket discharged inside a Buckeye Walmart, according to police.

The Buckeye Police Department says they were called on Sunday, September 8 around 5:30 p.m. when a shopper heard a gun fire inside a Walmart located at Watson and Yuma roads.

Police say they arrived within minutes and were told by a witness that "several teens were seen walking away from where the shot was fired."

"Officers located a bullet impact in the floor and fragments of the bullet scattered about. A shell casing was also located," Buckeye police said in a press statement.

Walmart security footage showed two people leaving the aisle where the shot was fired, then leave the store around the same time the gun went off.

Officers were able to locate the individuals near the store, all of whom matched the description from security footage.

"Three subjects were detained and a .45 caliber handgun was found in the car with ammunition that matched the shell casing found at the scene," Buckeye police said. "One of the subjects being questioned had a torn section in his pants near his front right pocket which was similar to that of a handgun going off while in his pants."

Police arrested 18-year-old Maurice Eugene Weaver, Jr. after he allegedly admitted to carrying the gun into the Walmart and having it go off in his pocket.

Weaver was booked into the Maricopa County 4th Avenue Jail on charges of disorderly conduct involving a weapon, endangerment, discharging a firearm within city limits, carrying a concealed weapon while being under 21-years-old, and criminal damage.