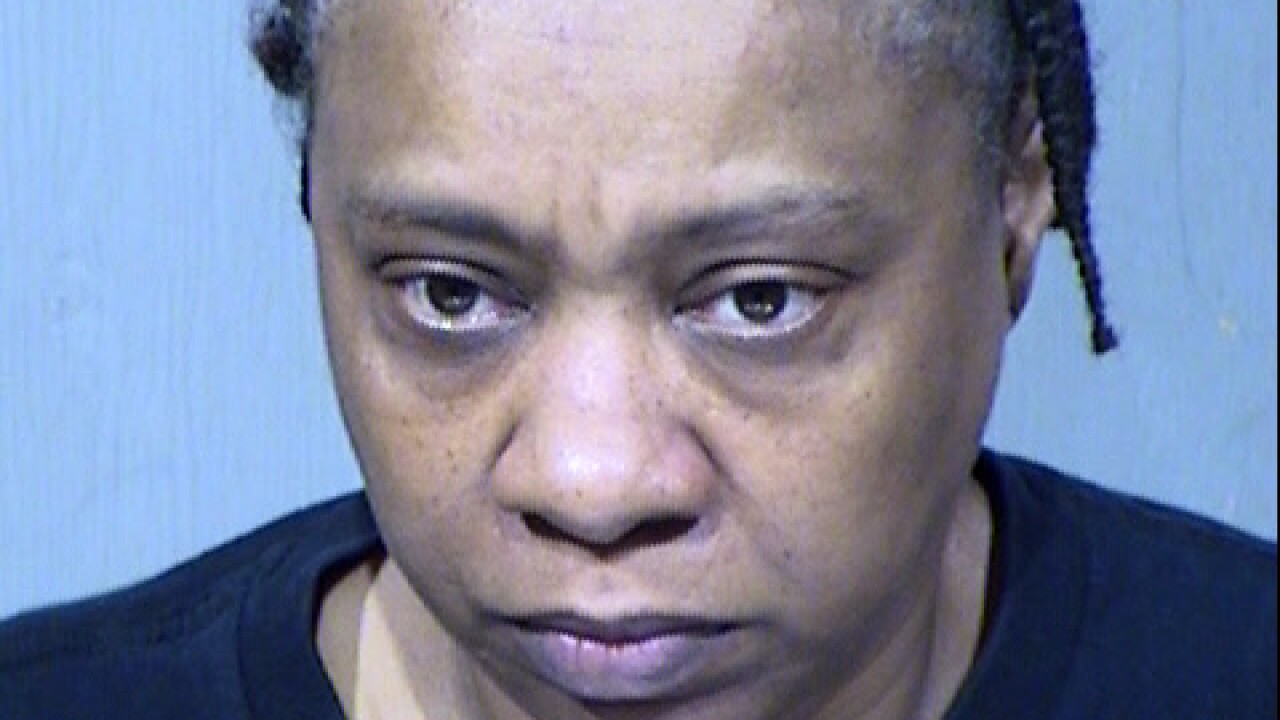 SCOTTSDALE, AZ — A Scottsdale woman allegedly told police she would rather go to jail than continue to parent her daughter.

Scottsdale police report that on November 24, they responded to an apartment near 94th Street and Thunderbird Road when a woman called and threatened to hit her daughter over the head with a hammer.

Police say the hammer was rusted with a black handle. They reported that the girl's arm was bruised and swollen with the bruise resembling the shape of a hammerhead.

Court records show that White also tried to push the girl out of the home before calling the police and telling them she would "bust the victim's head open" if they didn't take the girl away.

Upon her arrest, White reportedly told police that she would "go to jail rather than continue parenting her daughter."

Police paperwork also indicates that the victim told school staff back in February that her mother punched her in the face and choked her. Police were notified of that incident, but it's unclear if any action was taken at that time.

White was arrested for child abuse, aggravated assault on a minor, and endangerment.