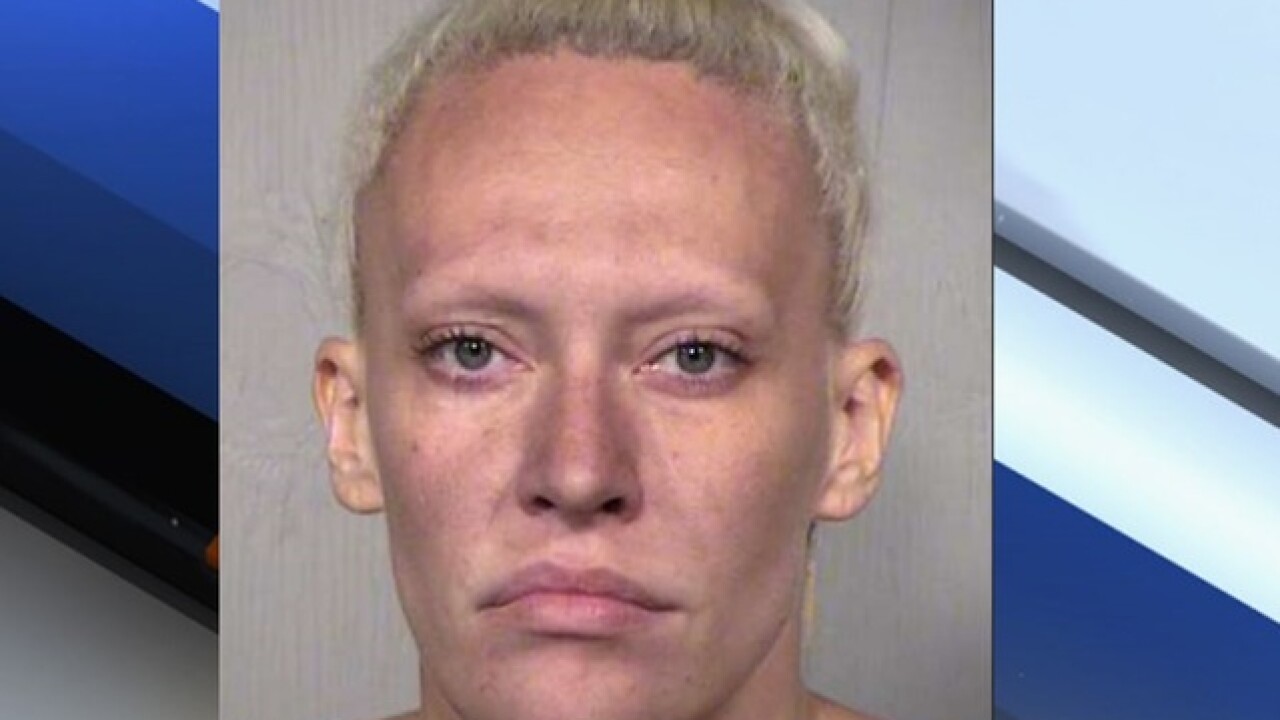 A Scottsdale woman with multiple domestic violence convictions was arrested after throwing knives at her ex-boyfriend.

Scottsdale police report that just after midnight on September 19 they responded to a domestic violence call, at an apartment near Hayden and McKellips roads.

The victim reportedly told police that he returned home from work and found music playing loudly. He turned it down, so the neighbors wouldn't be disturbed. That's when his ex-girlfriend, 31-year-old Shawna Marie Buckner, turned the music back up and began arguing with him.

When the victim turned the music down again, Buckner allegedly threatened to stab the victim.

She went into the kitchen and retrieved two 8-10-inch knives. She threw the knives at the man as he ran up the stairs. He grabbed the knives and managed to get outside the apartment.

Police responded and searched the area for about two hours, before being contacted by a family member of Buckner, who told police that he found her in his kitchen, "talking to herself and 'acting weird.'"

Court documents show that Buckner has been convicted of domestic violence twice in the last seven years. The last conviction was this past March.

She has been charged with aggravated domestic violence.