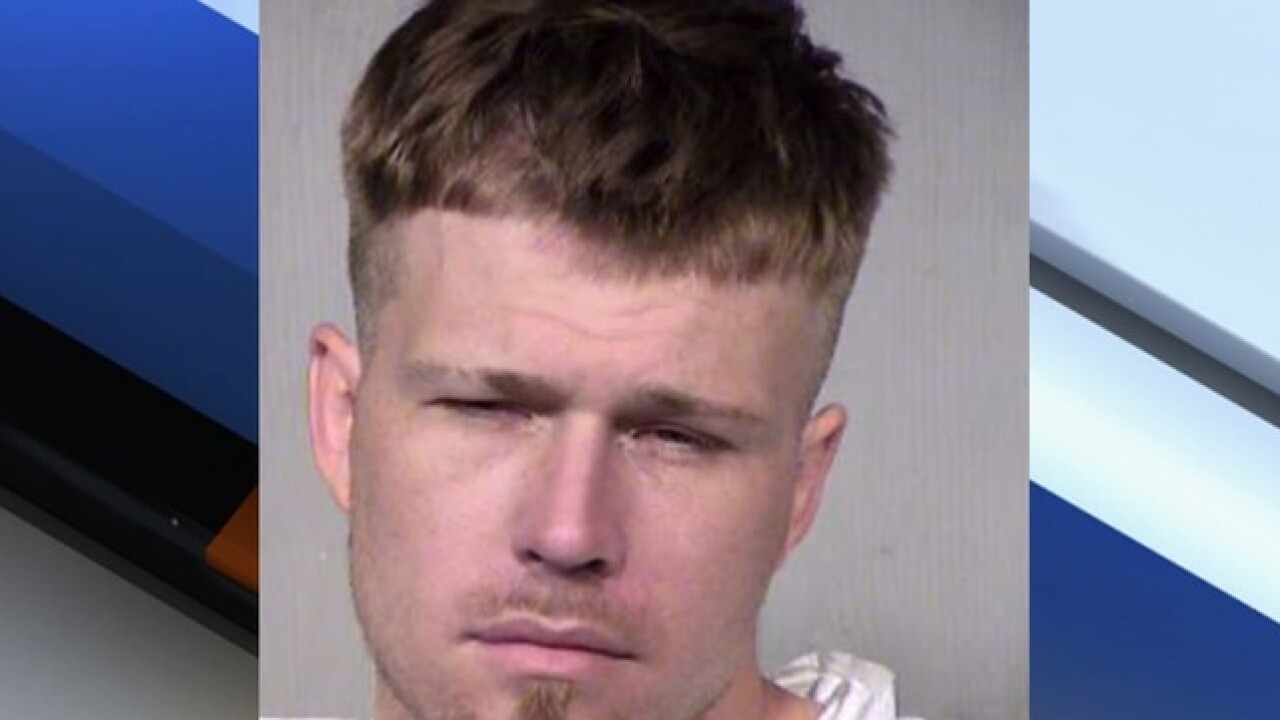 Copyright 2018 Scripps Media, Inc. All rights reserved. This material may not be published, broadcast, rewritten, or redistributed.
MCSO
<p>Casey Spicer</p>

A man who may be responsible for "a rash of pool pump burglaries in north Scottsdale" was arrested by police.

Scottsdale police report that on July 25, 30-year-old Casey Spicer was arrested for allegedly stealing pool pumps in Scottsdale and Phoenix.

Police say that in May, a pool pump was stolen from a community center in Scottsdale, witnesses reported seeing a trail of water from the pool to a black Chrysler 300.

On July 25 Spicer was observed by officers as he went into the backyard of a home for sale, near 19th Avenue and Greenway Road.

Spicer was allegedly seen coming out of the backyard with a pool pump and putting it into his car.

He is being held without bond since he is on release from a prior arrest.

He has been charged with burglary and trafficking stolen property.