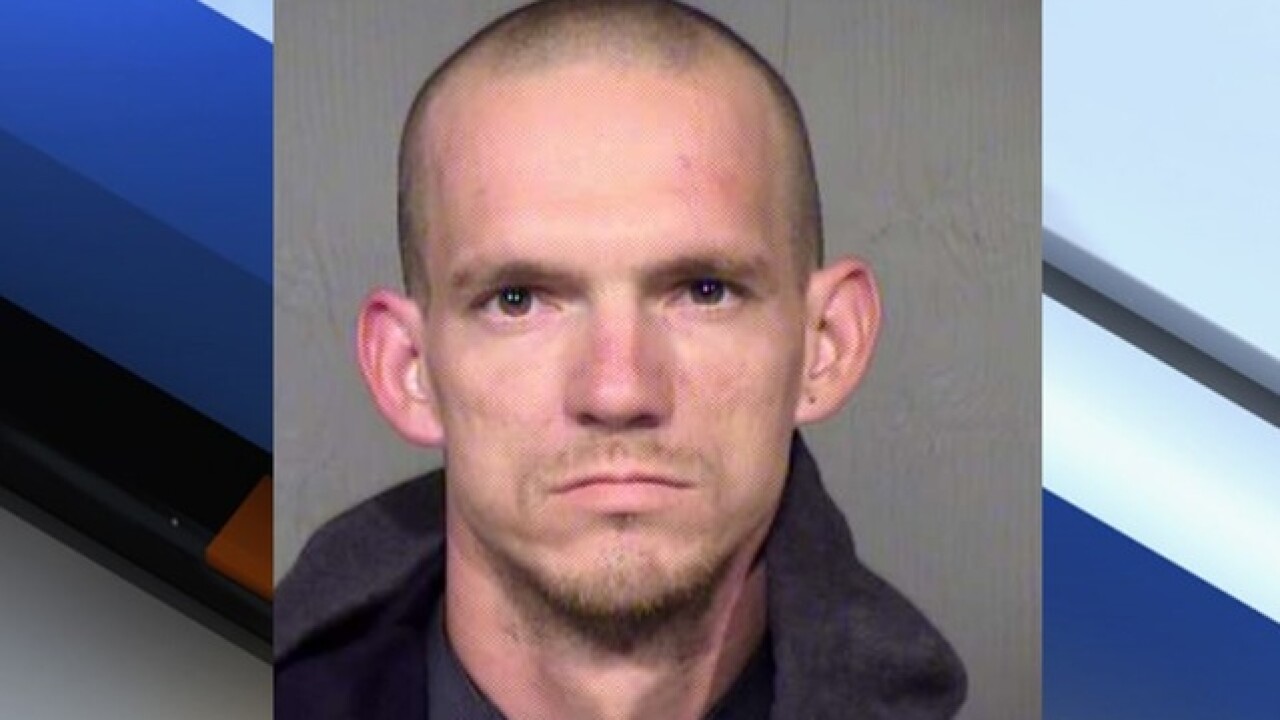 Phoenix police report that on August 15, Steven Todd Airgood, 30, stole a shopping cart of groceries, pushing a store manager out of the way as he left.

When officers responded, Airgood jumped a wall and ran across both the northbound and southbound lanes of SR-51, nearly causing several collisions.

Police say officers and a civilian stopped Airgood on the freeway where he was detained.

Airgood allegedly kicked and attempted to bite and punch the people taking him into custody.

He's been charged with robbery and several counts of aggravated assault.

Aggravated Assaults
Infogram
Copyright 2017 Scripps Media, Inc. All rights reserved. This material may not be published, broadcast, rewritten, or redistributed.