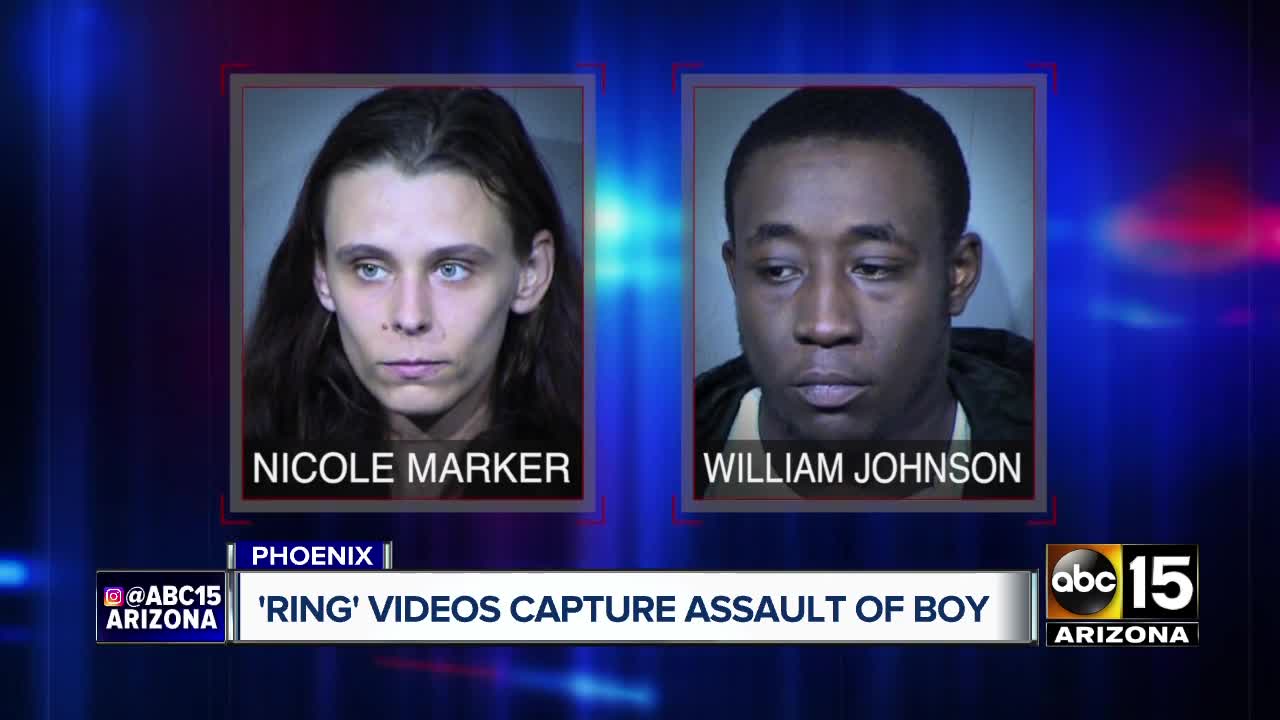 Video obtained by Phoenix police reportedly shows multiple cases of assault on a child by his mother and her boyfriend. 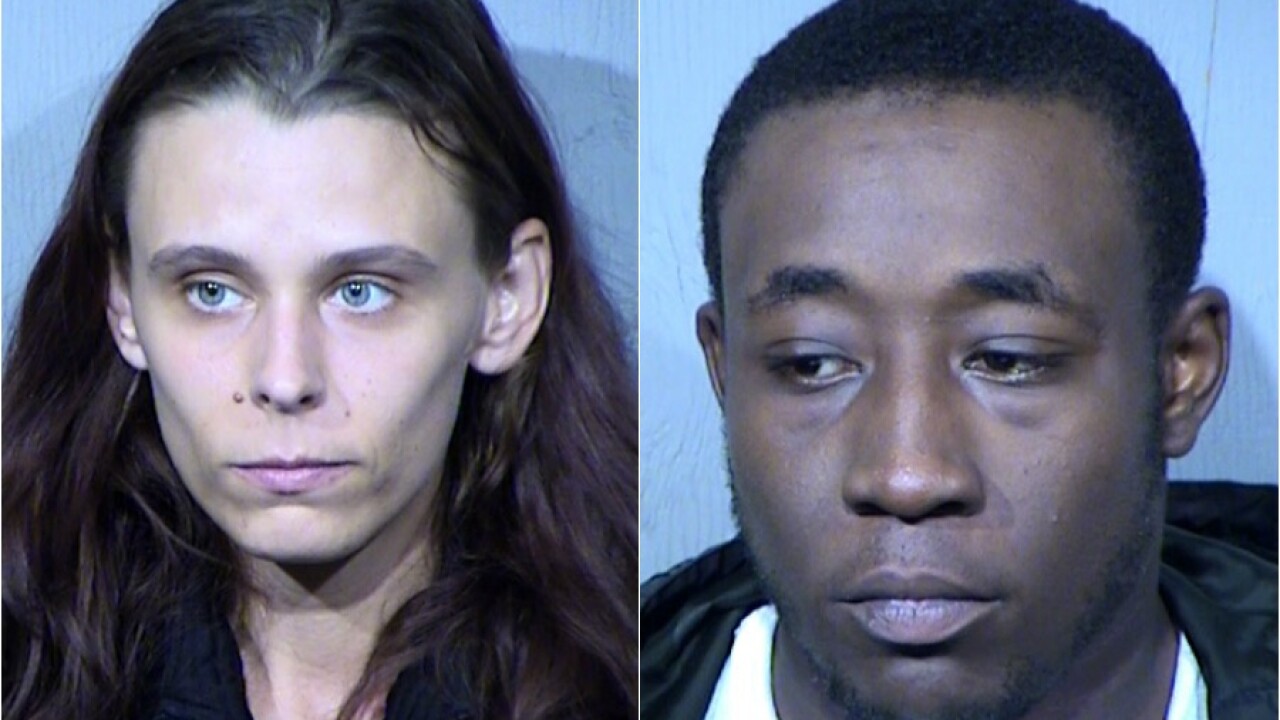 PHOENIX — Ring video obtained by Phoenix police reportedly shows multiple cases of assault on a child by his mother and her boyfriend, according to court documents.

Phoenix police report that on April 22, they were alerted by officials at a school located near 32nd Street and Bell Road regarding a young child with a burn on his hand.

The boy allegedly accused his mother's boyfriend, William Johnson, 28, of burning his hand with a cigarette.

When questioned by police, the boy's mother, 26-year-old Nicole Lynne Marker, showed the detectives videos from her Ring account, which showed the inside of her apartment. Investigators were later granted a search warrant, requesting from Ring.com videos from Marker's account from January 1 through April 22.

Phoenix police received over 2,200 video clips from inside and outside the child's home from Ring.com. Police say the videos recorded dozens of incidents of assault by both Marker and Johnson, and in the footage, the child can be heard "wailing and sobbing."

Police say the abuse occurred as punishment while the child did homework.

Doctors at Phoenix Children's Hospital examined the boy and reportedly found "discoloration and scabbing on his neck, back, and flank." The victim said the injuries were caused by Johnson hitting him with a belt.