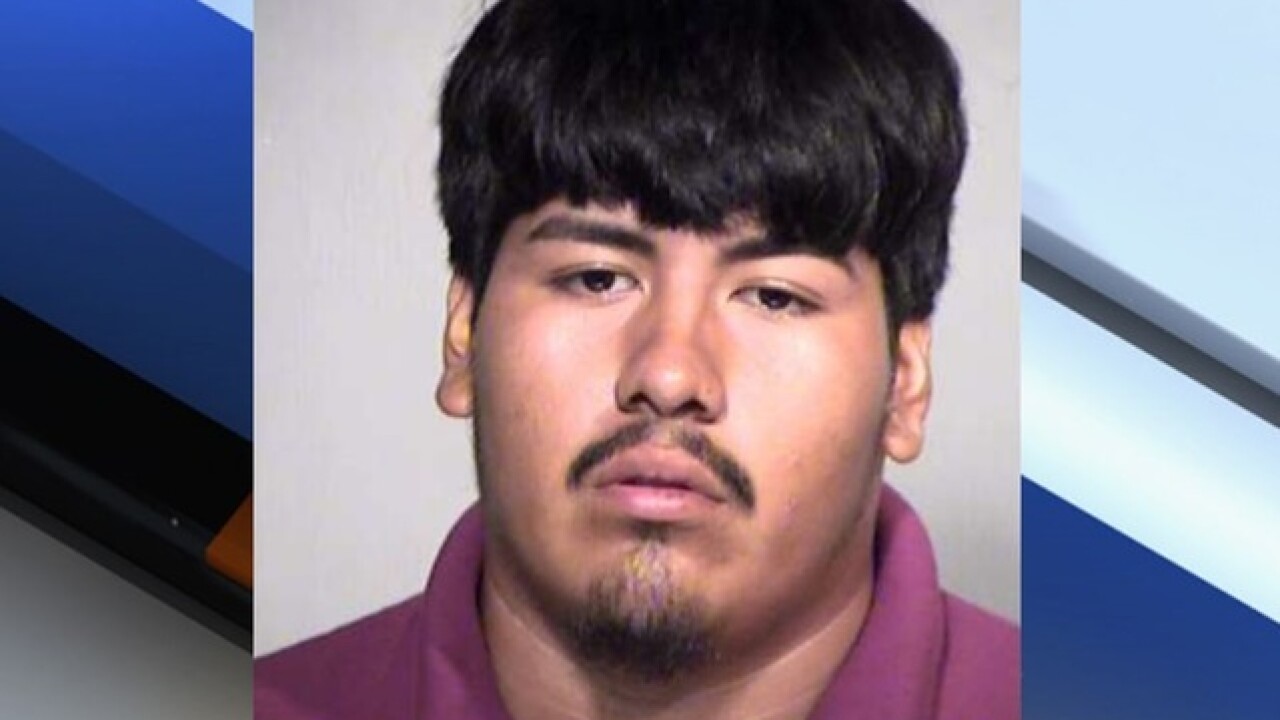 A traffic stop in Phoenix led to the arrest of an adult teen who admitted to raping a minor.

Police say Diaz fled from police before being taken into custody.

Upon his arrest, Diaz allegedly made statements regarding him sexually assaulting a girl, under 15-years of age.

Police contacted the girl who reportedly told them that she met Diaz on social media and asked him to pick her up. They went to an apartment in North Phoenix, where she began smoking wax, a form of marijuana.

Diaz then allegedly took her into a bedroom and sexually assaulted her.

Diaz reportedly told police that, at first, he believed the girl was 17.

He's been charged with unlawful flight, providing drugs to a minor and sexual conduct with a minor.