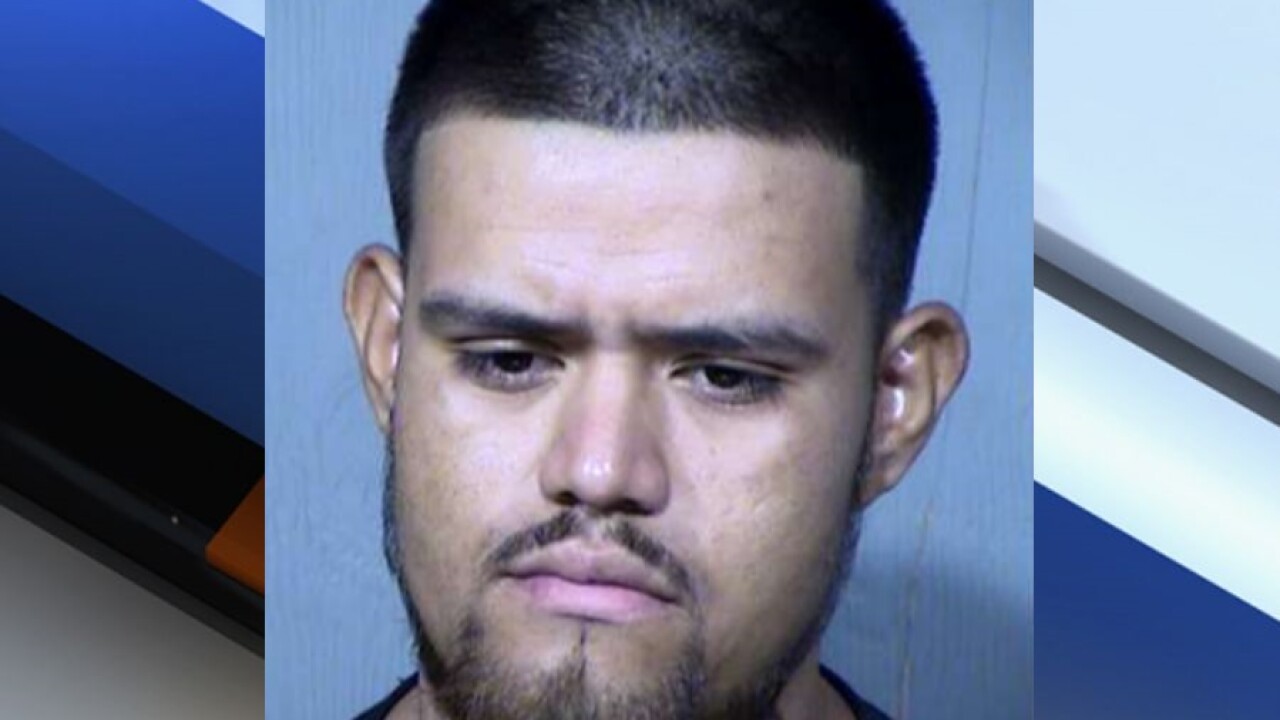 PHOENIX — A Phoenix family used the power of social media to find the person who took their dog. Sadly, that dog is still missing.

Phoenix police report that on September 8, a man, later identified as Elias Junior Soberano, 22, entered a fenced yard of a home near 35th Avenue and Roosevelt Street. He then allegedly stole the family's Doberman puppy from its kennel.

Police say the event was captured on home security video, which the family posted on social media. The family received a couple of responses naming Soberano as the suspect.

On September 11, the family called police after locating Soberano at Falcon Park at 35th Avenue and Roosevelt Street. Police say Soberano matched the images seen in the video. He was found to have a meth pipe on him at the time he was detained by police.

After giving several explanations to what happened, Soberano was arrested and charged with burglary.

According to Phoenix police as of September 17 the puppy has not been recovered.

Anyone with any information on the puppy's location should contact Phoenix police.